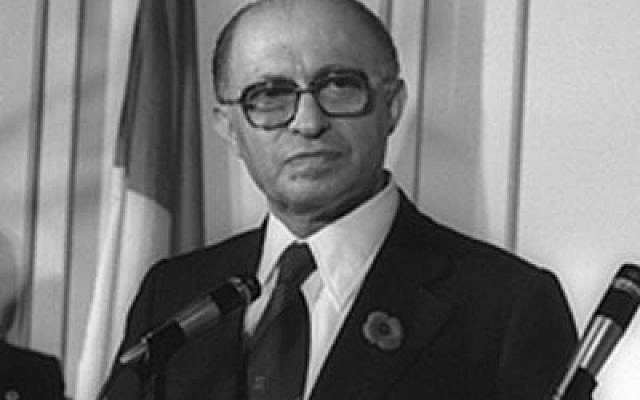 While David Ben-Gurion was the politically savvy founding father of the modern-day State of Israel, Menachem Begin was the military genius who brought the Jewish people from British subjugation to being a free people in our own land.

Ben-Gurion founded the political establishment of Israel from his leadership of the Zionist Labor Party, the Histadrut (the Zionist Labor Federation), the Jewish Agency, the World Zionist Organization (WZO), and ultimately as the first Prime Minister and Defense Minister of Israel. However, Ben-Gurion had an early policy of “havlagah” or restraint when it came to fighting the British Mandate overlords of Palestine as well as against the Arab attacks on the Yishuv (the Jews who lived in Palestine before Independence in 1948).

In contrast, Menachem Begin was the leader of the Jewish underground, the Irgun, whose military activities brought the British to their knees and forced them and their 100,000 troops out of Palestine, and prepared the Yishuv with the military strategy, spirit, armaments, and training to eventually join forces with the Haganah and defend Israel against the attacking Arab armies and terrorists. Finally, after 29 years as leader of the opposition in the Knesset (Israeli parliament), Begin was elected Prime Minister in 1977.

Menachem Begin was a fearless leader, who fought for the establishment of the State of Israel with breathtaking chutzpah, selflessness, and courage. Iconic for Begin’s determination to break the stranglehold of the British mandate was his audacity to teach the British a lesson with a healthy dose of their own medicine, so that when they dared to flog young Jews, Begin’s Irgun would capture and flog British officers, so that never again would the British put a Jew to the whip! Similarly, when the British hung the Jews by the neck until dead, the Irgun captured some British officers and put them to the gallows, so that the brutal beatings and hangings would finally cease, and the British would see that they couldn’t subjugate and oppress the Jewish inhabitants of the Palestine Mandate any longer.

Under the tyrannical British, Palestine was ruled with an iron first, whereby the British imposed a siege on Palestine so that ships carrying helpless refugees fleeing from the Holocaust were turned back (as with the Exodus in 1947 to Germany itself) or sunk (like the Struma in 1942) and Jews beaten, murdered, or taken to be imprisoned in Cyprus or Mauritius. This on top of the British actual or tacit support for the Arab attacks against the Jews of Palestine, and the imposition of curfews, martial law, as well as seizures of arms from the Jews on top of the brutal treatment of them, brought endless oppression of the Jewish community there.

However, Begin’s Irgun (and offshoot the Stern Gang) fearlessly stood up to the British even at risk to their own freedom and lives. The Irgun became experts at undermining the tens of thousands of British troops and their corrupt leadership by blowing up railway lines, roads, and bridges, attacking British military and police encampments and fortresses, while stealing away armaments from the heavily guarded British armories, right under the noses of their soldiers.

Under Begin, our struggle for freedom was not just about brute resistance and bringing the Jewish revolt against the powerful British Empire, but about coming with a well-thought-out strategy that would undermine the British arrogance and willful domination of the people of Palestine. Begin did this by attacking the very bases of British power and dominance. This included the famous attacks of the 1946 bombing attack on the wing of the King David Hotel that housed the British Military headquarters and the Secretariat of the civil administration, as well as both the 1947 bombings of “The Officer’s Club” at Goldschmidt House in Jerusalem, as well as the daring break-in of the “impregnable” Acre prison thereby freeing many Irgun prisoners unjustly kept there and in horrific conditions.

While Begin and the underground activities he led were incredibly heroic and were in large part responsible for the British “evacuation” from Palestine and the impetus for the UN vote to partition Palestine resulting in the founding of the State of Israel in 1948, others may criticize their violent tactics, including in the 1948 battle for Deir Yassin, where many Arabs lost their life in the fighting. In response to this, I think in his book, The Revolt, Menachem Begin states best the paradox of having to fight for one’s freedom:

In the end, the Jewish people’s fight for freedom from oppression and for an independent homeland, even the willingness to accept a partitioned land along with the desire for peace, required both the political fight that Ben-Gurion brought to the world’s governments as well as the military struggle that Begin was expert at against both the British overlords who refused autonomy under the mandate and to the Arabs who refused partition. Further, this underscores the stark contrast between the Jewish struggle and that of the Palestinians who have incessantly rejected negotiation and any opportunities for autonomy and peace, including at Oslo, Camp David, and Taba, as well as after Israel’s full withdrawal from Gaza in 2005 that was followed by Hamas’s terror tunnels, kidnappings, incendiary balloons attacks, and rocket barrages on Israel civilian population centers.

Finally, it is important to recall that later in life, when Menachem Begin had his turn as Prime Minister of Israel, he was able to continue his military achievements from pre-independence with both the bombing of the extremely dangerous Iraqi nuclear reactor in 1981 (Operation Babylon) and the routing of the PLO terrorist enterprise from Lebanon in 1982.  At the same time and at the other end of the spectrum, Begin accomplished the amazing 1979 peace treaty with Egypt ending decades of hostilities and war. In both the struggle for Jewish independence pre-1948 and in as Prime Minister, Menachem Begin is best represented by the motto: “peace through strength!”