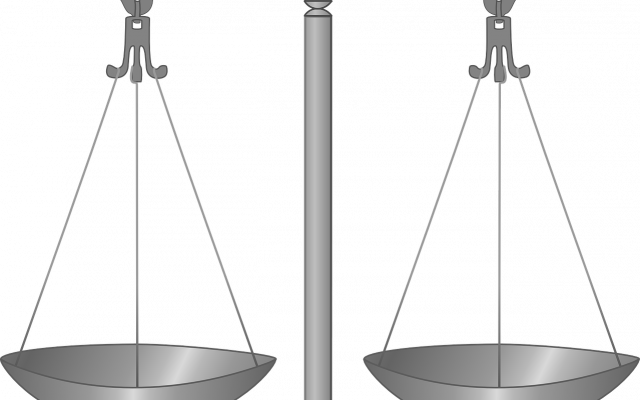 The Midrash presents two personalities who were inspired to believe in G-d simply by hearing about miracles that G-d performed. Their reactions are a study in contrasts.

The first is Yitro – the father-in-law of Moses. He was a highly influential religious figure in the world of idolatry. According to the Midrash he had already abandoned his faith in idolatry around the time that Moses married his daughter. However, as far as Yitro’s decision to embrace Judaism, he changed his whole life based on something he heard. As our Parsha begins:

“Yitro, priest of Midian, Moses’ father-in-law, heard all that G-d had done for Moses, and for Israel His people, how the Lord had brought Israel out from Egypt.” (Exodus – 18:1)

We will explore exactly what Yitro heard. However the Midrash certainly paints Yitro as a seeker of spirituality.

“And Yitro rejoiced” (Exodus. 18:9). Do not read this word as ‘vayihad’ (‘and he rejoiced’) but rather ‘vayihed’ (‘and he became a Yehudi [a Jew]’). … Jethro said: ‘I have not refrained from worshiping every idol in this world, but I have found no god like the G-d of Israel.”

Midrash Tanchuma contrasts Yitro’s “hearing” with that of King Jehoash:

Ironically, like Yitro, King Jehoash found god. But after what he heard, the god he found was none other than himself.

It seems that as a baby he miraculously escaped death while his whole family was wiped out by his grandmother, Queen Athaliah. The High Priest, Jehoiada, hid Jehoash in the Holy of Holies. At the age of 7, Jehoash was crowned King. At first, the High Priest had a positive influence on Jehoash and he destroyed idolatry and strengthened the influence of the Temple and the Priesthood. However, after the High Priest died, Jehoash heard something that changed his life.

He was told that if he survived 7 years in the Holy of Holies. A place where only the High Priest was allowed to enter once a year – on Yom Kippur – he must be a god.

He heard it and he believed it.

This led to the reemergence of idolatry. He was rebuked by his son-in-law – Zechariah -who was also the son of the High Priest who saved the life of Jehoash. Yet the king ordered his son-in-law, who was both a priest and prophet, to be stoned to death in the courtyard of the Temple (Chronicles II – 24:22).

On Tisha B’Av we commemorate the destruction of the First and Second Temples as well as other tragedies in Jewish history. We read the Book of Lamentations, written by the prophet Jeremiah. Reference is made to the murder of  Zechariah in an effort to understand what nefarious deeds were committed to bring upon untold misery during the siege of Jerusalem:

“Alas, a priest and prophet are slain In the Sanctuary of the Lord! “(Lamentations – 2:20)

Ultimately, King Jehoash was murdered by his own servants.

Who can dare say that they “know” G-d’s ways

The Midrash lists Yitro among 4 people in the world who could make a declaration about the nature of G-d.

“Four people said four things which, had they been said by anyone else, would have been scoffed at with the comment: ‘How do they know about the ways of the Holy One, Blessed Be He?”

Moses achieved such a close relationship with G-d and was the only person in the world to dare ask G-d: “Show me Your ways, (Exodus – 33:13). Moses was in a unique position to declare that “His ways are just” (Deuteronomy – 32:4).

Nebuchadnezzar of all people

Someone who you might not have guessed to comment on G-d’s ways is Nebuchadnezzar, the King of Babylonia, who destroyed the First Temple. He is chosen precisely because G-d allowed him to rule the world. He was in the unique position to declare with certainty that: “He (G-d) runs the world according to His will” (Daniel – 4:32)

Why indeed should Yitro be on this list? It’s true that he declared that G-d is  “greater than all gods” (Exodus 18:11). However, what credentials did Yitro have? The Midrash mentions that Yitro worshiped every form of idolatry. That made him an authority on idolatry, but not on the G-d of Israel. However, Yitro’s statement that G-d is greater than all gods, ends with the following words ”By the result of their very schemes against (the Jews).” (Exodus 18:11).

It wasn’t miracles that convinced Yitro

According to the Talmud, (Sanhedrin 106A) the Prophet-for-hire Baalam advised Pharaoh to drown the newborn males of the Jews. Yitro advised against it and had to flee because Pharaoh sought to kill him. Upon hearing of the Egyptians drowning in the Red sea, Yitro witnessed events come full cycle. “Measure for Measure.” However, that’s not the whole story.

One of the enigmas of the Jewish People’s 40 year journey through the desert is that they sinned, even after witnessing miracles that defy nature. Yitro too was impressed with those miracles but it wasn’t convincing enough for him to convert.

According to the Midrash, Yitro’s decision to embrace Judaism stemmed from the fact that only G-d can punish measure for measure. Only G-d can design consequences that provide us insights into our own wrong-doings. We’re given a chance to repent, change and grow from the experience. Given Yitro’s extensive knowledge of all other religions, he was indeed in a unique position to declare G-d’s ways to be superior. (We explored the emotional measure for measure nature of the plagues in Parshat Vaera

According to Midrash Tanchuma, King Solomon’s unique insight into the nature of G-d was that: “G-d made everything beautiful in its time” (Ecclesiastes. 3:11)

How did King Solomon become such an expert on the concept of ‘time,’ which entitled him to make such a statement.

Perhaps this relates to the famous verses King Solomon wrote in Ecclesiastes relating to time. Here are 3:

A season is set for everything, a time for every experience under the heavens: (Ecclesiastes – 3:1)

The reasons for human behavior are complex and ever changing. We are subject to powerful emotions like, love, hate, fear, self doubt and pride. However, G-d is not limited or constrained by emotions and administers opportunities to grow (as in reward and punishment) and intervenes in history at exactly the right moment.

As the wisest of all people, King Solomon was probably the greatest statesman and psychologist. He knew when and how to satisfy every nation’s need for national pride, influence and prosperity. He opened great trade routes among many nations. (I had a banker at Mizrahi Tefahot in Jerusalem from India. His family traces their roots to the days of  King Solomon who sent them to India to open a trade route there). That’s how King Solomon was able to achieve peace with many nations. (Along with his many political alliances through marriage). Perhaps there was never a time in the history of ancient Israel where it reached the pinnacle of influence and standing in the world. The Midrash describes that because of  King Solomon’s network of international trade, his table never lacked for exotic fruits – regardless of the season. Of course, he built  the magnificent Temple in Jerusalem – one of the wonders of the world.  Perhaps that’s how King Solomon merited to be the only one who could say that G-d “makes everything beautiful in its time.”

How much responsibility should Jews have for each other?

Finally, the Midrash addressing something that is literally mysterious. When receiving the Torah on Mt. Sinai the Jewish People achieved the exalted status of  being of “one heart” and mind in their belief in G-d. They voluntarily took an even higher degree of  devotion: “They took personal responsibility for each other’s actions.”Meaning they agreed to encourage and inspire each other to maintain their heightened spiritual awareness.

At that moment G-d asked whether they would reach even higher. Would they extend their responsibility for each other, even to someone who has transgressed the Torah in secret or even in their heart. The Jewish People declined this level of communal responsibility and said  “The secrets belong to the Lord our God” Deuteronomy – 29:28)

Did we miss an opportunity for a more exalted spiritual existence

Are we living a Plan B existence, inferior to what G-d thought we are capable of?  Or, is the reality more akin to what the Jews responded – this is not a sustainable model. Perhaps G-d was just helping the Jewish People define for themselves what is reasonable in terms of their responsibility to their fellow Jews and what is beyond their responsibility. Many years ago I read about a Christian Sect in upstate New York which required that their followers take responsibility for emotions that would normally be private. If you were even thinking negative thoughts about your coreligionist, you had to knock on their door and confess. I don’t know if this sect survived the rigors of their faith. Perhaps it’s healthier to maintain that “The secrets belong to the Lord our God”

What about the first Commandment?

Ironically, the first of the 10 commandments can indeed be violated in a fashion that is hidden: “I am the Lord your G-d.” (Exodus – 20:1). This requires the recognition and belief in G-d’s  singularity and supreme authority. How would anyone know what a person believes in his heart?  The Midrash seems to address this by pointing out an unusual word in the verse immediately preceding the 10 Commandments:

As the commentary to Midrash Tanchuma (Aytz Yoseph) points out. The Torah is replete with verses that say “And G-d spoke to Moses, saying.”  Which means that the role of Moses was to transmit to the Jewish People what he heard from G-d — word for word. But if G-d began the 10 commandments speaking directly to the Jewish People, why would the verse end with the word, “saying.” According to Midrash Tanchuma the word “saying” is not describing G-d, rather it is meant to define our communal responsibility to encourage, fortify and promote each other’s faith. Even if that faith resides in the privacy of our hearts, we should nurture each other’s beliefs.

Of course, for each person, the ideas that capture the inner beauty of Judaism may be entirely different. In the case of Yitro, it was a glimpse into how God runs the world.