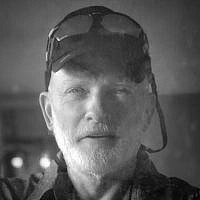 The Blogs
Brian Schrauger
Apply for a Blog
Please note that the posts on The Blogs are contributed by third parties. The opinions, facts and any media content in them are presented solely by the authors, and neither The Times of Israel nor its partners assume any responsibility for them. Please contact us in case of abuse. In case of abuse,
Report this post. 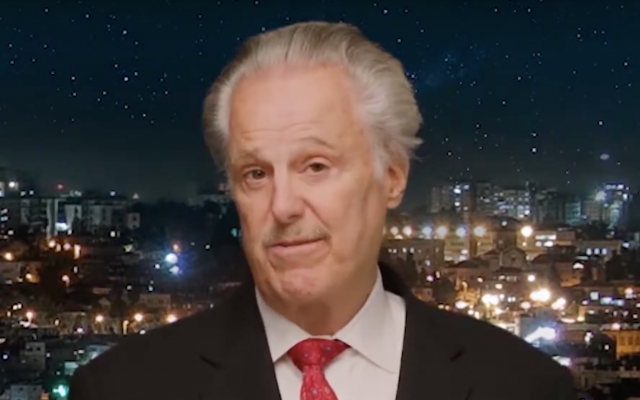 On Friday, June 4, 2021, Mike Evans published a diatribe in a Times Of Israel blogpost. In it, he railed against Israeli politicians who have joined forces to form an Israeli government without Benjamin Netanyahu as its prime minister.

According to a few of the adjectives Evans uses to describe them, they are “delusional”, and “vulgar” “striptease” performers. Indeed, he writes, they are “fat, pathetic, disgusting-looking morons” who “parade their embarrassing guts” believing they are “darling seductive princesses that everyone is gloating over.”

Erasing any doubt as to his intended target, Evans also published an open letter addressed to Naftali Bennett, head of Israel’s Yamina party and the man poised to become Israel’s new prime minister.

In it, he wrote, “You want to be in bed with the Muslim Brotherhood and Leftists. God have mercy on your soul. You are a pathetic bitter little man, so obsessed with destroying Netanyahu that you’re willing to damage the State of Israel for your worthless cause.”

“It would have been so easy for you to have gone with a conservative government,” he continues. “We [evangelicals] gave you four years of miracles under Donald Trump and this is how you show your appreciation — sh*****g on our face. How dare you!”

What does Evans plan to do? “These fools destroy everything we evangelicals have sacrificed our lives to build — I will use every bit of my energy and power to destroy them before they destroy the nation [of Israel].”

Toward that end, he called for an “emergency conference” in Israel’s parliament, the Knesset. The invite stated that the confab is a summons by “Dr. Mike Evans, the Largest Evangelical Leader in the world, with a community of 77 million Evangelicals who love Israel.”

Evans, for those who do not know, is the founder and head of a US nonprofit organization that was originally founded as the Corrie Ten Boom Fellowship. Today, it operates under the “dba” (doing business as) Jerusalem Prayer Team. Until its recent removal by Facebook, the organization’s Facebook page had 77 million followers.

Under the same umbrella, Evans also built the “Friends of Zion” museum in central Jerusalem. Opened in 2015, it includes a high-tech tour of Israel’s history, especially as it relates to non-Jews who contributed to its rebirth in 1948. Today, the complex includes a social media center where Evans and his team host the likes of Israel’s foreign press corps, Israeli political leaders, and international dignitaries.

Evans’ claim as the “largest evangelical leader in the world” is not without merit. Arguably, he is. Well-known by all Christian pro-Israel organizations, he claims a pope-like authority over them. And in Israel at large, he is also known to be a wealthy, connected, and powerful man.

Will any Israeli leader or pro-Israel Christian leader openly rebuke Evans for what he has published in the past few days?

The real scandal is his use of antisemitic tropes in expressing these things. In his June 4 blogpost, he uses three egregious metaphors that are explicitly, classically antisemitic.

First, he exploits the Holocaust to demonize Jewish Israelis with whom he disagrees.

Comparing Israel’s messy but democratic process by which Prime Minister Benjamin Netanyahu is likely to be unseated, he writes, “I understand how the Holocaust happened,” he writes, referring to Netanyahu’s ouster. “German Jews were busy insulting each other, drunk on the wine of pride. They did not see the smoke of Auschwitz rising because they were more German than they were Jews.”

Then there is the comparison between Netanyahu’s downfall to Jews killing Jesus.

“These would-be pretend striptease actors, with their obese bellies delusionally thinking they’re seductive, are screaming at the top of their lungs, ‘Crucify Him, crucify him!’ It is sick and shameful to see such a group running like rabid dogs possessed with power and revenge.”

Because one such allusion was not enough, he later clarifies the accusation. “What will they do with this flawed man [i.e., Netanyahu]? This flawed man who delivered more peace treaties than any prime minister in history and more economic prosperity, this flawed man that transformed Israel into a superpower? Those in this striptease show have only one thing to say, ‘Crucify Him. crucify him!’ Yes, they’re all drunk. They’re drunk on power and revenge. What did he do to make them so angry? It had to be horrible.

Finally, Evans asserts a global cabal, of which the likes of Bennett, Lapid and Abbas can never be a part.

“They’ll never be a member of a club that rules and runs the world,” he says. “They can only be the clowns that entertain Israel’s enemies.”

Driving the point home, he repeats it. “These clowns are entertaining Israel’s enemies. They’ll never be a member of the club that rules and runs the world. These amateur nobodies are only legends in their own mind.”

The essence of Evans’ rage is a Jewish state that does not act in accordance with his distorted Christian convictions of how it should behave. This is a classic, if unexpected, expression of supersessionism, also known as “replacement theology.” Evans’ case is built on antisemitic arguments that have been used for 2,000 years to justify persistent and horrific atrocities against all Jews.

The shock, at least to many, is seeing these things come from the self-declared head of all Christian Zionism. Mike Evans has unmasked himself.

UPDATE: At the news conference, held Monday, June 7, 2021, at a hotel, instead of at the Knesset (“because we were kicked out”), Evans offered an apology to Naftali Bennett for his “harsh language” and called him “a true Zionist.” The bulk of the Evans’ statements were an angry re-hash of his June 4, 2021 screed. There was no apology for the antisemitic tropes Evans used in that same post.

About the Author
Brian Schrauger is an American journalist living in Israel. He is the Middle East Bureau Chief for USA Radio News and a freelance writer.
Related Topics
Related Posts
Comments
Advertisement