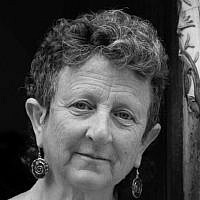 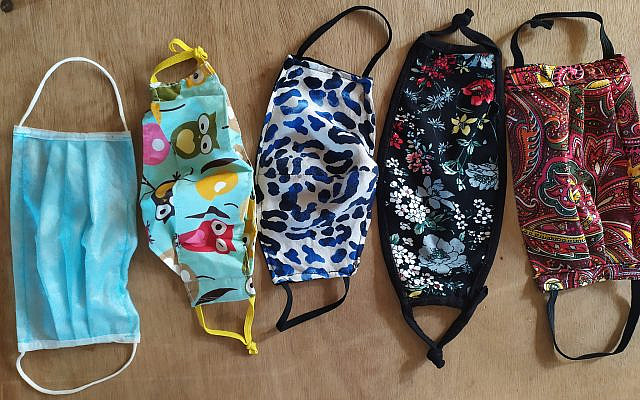 Often, when I tell people that I have a blog in the Times of Israel, they ask what I write about. My usual response is that I write about experiences or thoughts that move me emotionally in some way. This can mean bringing me to tears, or feeling overwhelmed by beauty, and it can also refer to something that creates anger or indignance. This post is an example of the latter, focusing on my rage towards those who gather unmasked, or who try to shove their conspiracy theories down others’ throats at every possible opportunity. But this post is also about the impact of our anger on ourselves.

During the past two weeks, I have ranted on and on about people who refuse to wear masks, which, unfortunately, seems to be the majority of people in my neighborhood. I have unfriended people on Facebook and left WhatsApp groups, because I can no longer see posts about how to avoid being fined for masklessness, or “proving” that Corona doesn’t exist, or claiming that the self-sacrificing medical staff in hospitals are purposely killing people to up the Corona casualty numbers, without getting totally riled up. I have even considered cancelling the dues I pay to my shul, where I had to fight for a corner where people would wear masks and maintain social distance. At the beginning of the crisis, I thought that the virus was presenting an opportunity for all of us to express our best sides, however, for many, it has been quite the opposite.

Israel is experiencing a massive and frightening spike in Corona cases. It doesn’t matter to me that we’re not yet seeing, and I hope we will not see but likely we will, a significant increase in cases of the seriously ill and intubated. I know people who have had Corona. I know people whose parents have died from Corona. I have heard from people whose children or friends work in hospitals about the nightmare they’ve been experiencing since the beginning of the crisis. I know that Corona is real, and dangerous. I am in a high-risk category, and I don’t want to catch Corona. Neither do I want to be part of a chain of contagion that would lead to somebody else contracting Corona and possibly dying from it. And I have zero tolerance for people who won’t do their part to stop the spread of this horrific pandemic.

I know that there is conflicting information about the efficacy of masks. I know that there is conflicting information about how the virus is passed on. I know that there is more unknown than known about this virus. I would rather err on the side of caution, and believe that it’s everyone’s responsibility to do so. Yes, the government has made abysmal, disastrous mistakes in controlling the pandemic; yes, our “leaders” have shown an absolute lack of leadership by not following their own directives, it’s disgusting; and yes, the democratic nature of this country is being threatened. But none of this absolves anyone of this responsibility, on the contrary. When there is a lack of leadership, it is of prime importance for each person to be a leader, and for each person to take it upon themselves to do everything they can to keep everybody safe. I know that there are people who can’t wear masks for medical reasons, I’m not talking about them. I’m talking about the general, unmasked masses, who complain bitterly about fines for not wearing a mask, claiming that it is an infringement of their human rights, with narry a thought for the rights of people at risk. 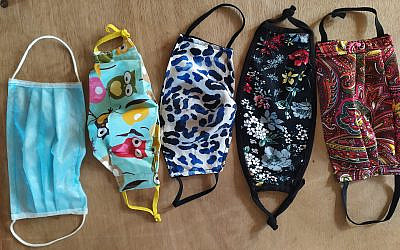 Unmasked and undistanced people enrage me on two levels. One is the economic and emotional disaster that national lockdown has brought, and will only continue to bring, to our country, with potentially nightmarish future scenarios. The government opened up schools, restaurants, bars, auditoriums, performances at a dizzying speed, in order to try to get the economy back on its feet as quickly as possible, for everybody’s benefit. In the end, it was to everybody’s detriment. Disastrously so. I hold the unmasked bandits personally responsible for much of this, and for the fact that I can’t fly overseas to see my aging parents or my friends, or even just for a holiday, and mostly for the rapidly rising number of people who are contracting the virus, some of whom will inevitably die from it. The fact that more people die in traffic accidents each year, or from the flu, is utterly irrelevant to me – we do what we can to prevent this (would you run a red light because it’s your human right to do so???), as we should with the Corona virus. On the personal level, I also want to go back to life. I want to be able to go to lectures, concerts, to synagogue, to a melava malka. But as long as you won’t wear a mask and keep your distance from me, you are basically stating that you don’t care whether or not I can also attend these events. The most important thing is that you shouldn’t, God forbid, be forced to wear a mask. It floors me that, in a country where many people exist by virtue of those who truly risked their lives to save others, it is too much of a bother to wear a mask for the benefit of your compatriots. I know it’s uncomfortable, it’s uncomfortable for me too. But it’s a lot more comfortable than a respirator.

One could justifiably claim that I have a ranting personality. I have ranted against companies (I once got a free iron out of it), I have ranted against the municipality, which resulted in a dangerously placed stoplight being moved to a safer location (even though I could rant on into infinity about the idiocy of the Israel’s stoplight system), and I have ranted on many other occasions. When I sense an injustice, I can summon all of the anger accumulated during my entire life against it. I am a seasoned, and sometimes successful, ranter.

In response to one of my rants against masklessness on Facebook, which was generously spiced with four-letter words and multiple exclamation marks, and which was liked and shared by those whose views are in line with mine, a friend suggested that I be more mindful of my anger. She clarified that she wasn’t disagreeing with me, but that it might be better for me to express my opinion and then let it go. Of course, I argued with her as well.

I first began practicing mindfulness meditation and yoga in 1985, during my first trip to India. It was a long time ago, before the world-wide wave of yoga popularity hit the ground running, and way before mindfulness became a western buzzword. Over this time, mindfulness has become an ingrained part of my life, although I would not necessarily label it as such. Sometimes I mindfully choose to not be mindful, and sometimes I am not mindful of my mindfulness. My friend, however, is actively involved in mindfulness. She teaches mindful eating workshops and attends online mindfulness meditations, and is well equipped to spot someone, like myself, who could engage it to help themselves. Mindfulness practice encourages you to transform anger into compassion, an ideal that is proving to be particularly challenging for me at the moment.

As I continued to rant against masklessness and conspiracy theories, online and in obsessive, repeating conversations within my mind, I noted that I was dropping and breaking things at home, that I was forgetting things – including to take my mask with me when I left the house, and that I was continually irritable and exhausted. And my exceedingly geriatric cat, who is particularly sensitive to my states of mind, became increasingly agitated and started to throw up. And I realized that, of course, my rage was damaging me more than anyone else. So, this is my swan song (at least on this topic). Or, more accurately, my swan rant. As my friend suggested, I am letting it go. I will no longer fight this battle, for my own benefit, and because there is basically no one listening on the other end (as another friend pointed out, they are as adamant about be maskless as we are about being masked). I do, however, continue to ask people to put on a mask when they are near me. All of us who are concerned about our health need to take responsibility for ourselves, to be mindful about how much we go out, where to, and with whom, because clearly neither the government nor our neighbors are going to look out for us. A little bit of mindfulness could also go a long way in helping all those unmasked bandits understand how negatively they’re impacting others, on multiple levels.

May we all be healthy, may we really be able to stand together, as one nation with one heart, k’am echad belev echad, to put this plague behind us, rapidly, and mindfully, with as few casualties as possible.