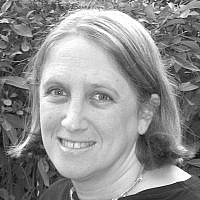 The Blogs
Onnie Schiffmiller
Apply for a Blog
Advertisement
Please note that the posts on The Blogs are contributed by third parties. The opinions, facts and any media content in them are presented solely by the authors, and neither The Times of Israel nor its partners assume any responsibility for them. Please contact us in case of abuse. In case of abuse,
Report this post. 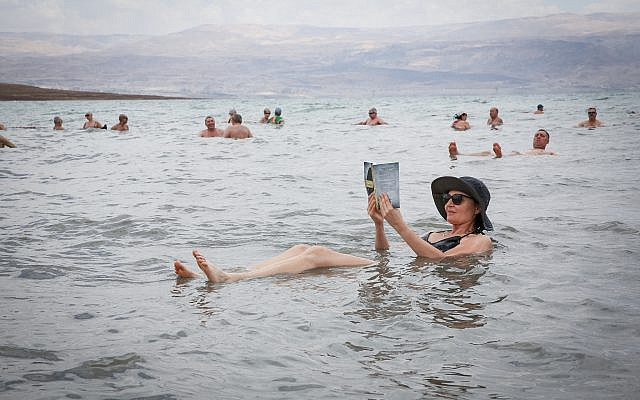 On Monday, I attended a protest by tour guides who are facing yet another shutdown and yet another holiday season without work. This is due to Israeli government policies addressing protecting the State of Israel against the coronavirus and its variants.

Israel is to be applauded. It was an early advocate of mask-wearing as an easy and inexpensive method for reducing viral transmission and one of the first countries to roll out efficient and accessible vaccine programs. For months, I felt so proud of my government. And, yes, while my tour-guide work came to an abrupt halt, I knew that the government was closing the state to tourists to protect me and my family. Tour guides could collect unemployment and special grants were created for our profession to help us pay the bills during the closure. It wasn’t easy, but it was reasonable.

But, in the last few days, we were the recipients of the 1-2 punch, and it hurt. First, we were told that the recent two-week closure to foreigners would continue for another 10 days. Now, tourists cannot enter Israel until 1:00 a.m. on December 23rd, and when they do enter, they must enter 72 hours of quarantine. That means that Christian tourists cannot visit holy sites on Christmas Eve, and it means that most visitors who wanted to spend their winter vacations here have cancelled their plans. For tour guides, this is extra painful, as vaccinated Israelis are free to depart and return, at their leisure. Yes, they, too, must enter a three-day quarantine when they return home, but after previous 14-day quarantines, a three-day one is more like a government-sanctioned time out to do laundry and get the house back in order before entering the real world. The epidemiological logic of allowing Israelis to fly in and out while tourists are banned seems faulty at best, but so be it.

The second, more crushing announcement came from our finance minister, Avigdor Liberman, who told us that tour guides need to retrain in another profession. Apparently, we are no longer needed. Minister Liberman, with all due respect, that is a self-defeating suggestion and a dangerous one for the State of Israel. Yes, I’m a tour guide, and one might argue that my comments are self-serving, but read further and you’ll understand that this not just about me. Far from it.

Israel is often portrayed poorly in the press. We constantly live under a microscope of biased lenses. No matter if you are on the left or the right politically, you can see that Israel is held to a double-standard that would crush most other countries. “Israel is an apartheid state.” “Israel hates Muslims.” “Israel is an oppressive regime.” “The Israeli army murders innocent babies.” We’ve all seen the headlines. And so have people in America, Europe, and the Far East. Tour guides know these sentiments better than most because we work with foreigners (vacationing families, business executives, college students, religious emissaries…) all the time.

We are uniquely qualified to meet those accusations head on and refute them — or not head on, but through creatine meaningful encounters that offer a unique perspective.

Israeli tour guides do not have to imagine these scenarios. We create them every day that we are working. We are the best ambassadors precisely because we know how to show an Israel that is flawed but miraculous. We can show an Israel that is inspirational, fun, holy, brilliant and turning technological, agricultural and medical dreams into reality every day because that is what we are trained to do.

So, Minister Liberman, do you really want to lose us? Can Israel afford to lose us?

For those who can’t make it to Israel, Onnie Schiffmiller and Dr. Peter Abelow, have created Israel is Beautiful (Israelisbeautiful.com), a virtual on-line touring platform that is bringing the beauty of Israel to people across the globe.

About the Author
Onnie Schiffmiller is a tour guide and the owner of Israel with Love. She made aliyah with her family from New York in 2003.
Related Topics
Related Posts
Comments