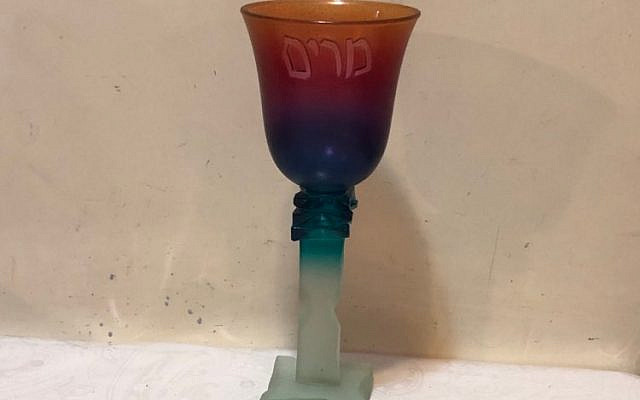 This Shabbat, Shabbat Shira (the Shabbat of Song) we find songs in the Torah reading (Shirat HaYam, the Song of the Sea, Shmot 15:1-21) and in the Haftara reading (Shirat Devora, Devora’s Song, Shoftim 5:1-31).

In the Torah reading, after Moshe sings the song of victory with the men, Miriam appears (Shmot 15:20-21):

Then Miriam the prophetess, Aaron’s sister, took a timbrel in her hand, and all the women went out after her in dance with timbrels. And Miriam chanted for them:
Sing to the LORD, for He has triumphed gloriously; Horse and driver He has hurled into the sea.

Rav Yisachar Yaakovson points out that in the Torah reading, Miriam has a secondary role. She is completing Moshe’s song, getting the women involved in praising God and playing instruments. Devora, on the other hand, in our Haftara, is at the center of the story and she leads the song. Devora was the only woman who united the roles of both prophetess and judge (Shoftim 4:4-5):

Devora, wife of Lapidot, was a prophetess; she led Israel at that time. She used to sit under the Palm of Devora, between Ramah and Beit-El, in the hill country of Ephraim, and the Israelites would come to her for decisions.

Barak said to her, “If you will go with me, I will go; if not, I will not go.” “Very well, I will go with you,” she answered. “However, there will be no glory for you in the course you are taking, for then the LORD will deliver Sisera into the hands of a woman.” So Devora went with Barak to Kedesh.

Devora’s prophecy came true. The hero of the war was Yael, who killed the enemy Sisera. The war was won by a woman.

While Miriam and Devora are described as prophetesses, Miriam’s prophecy is not spelled out in the Biblical text while Devora’s is very clear. Miriam may have been overshadowed by her brother Moshe, the greatest of all of the prophets. During the time that Devora served as a judge and prophetess she had no competition, none of the men at the time were capable leaders.