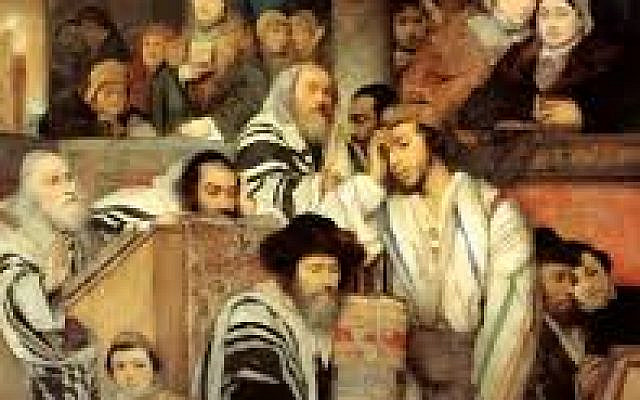 The Torah (Ex. 21:6) teaches that if a Hebrew bondsman opts to continue with his master after his initial seven-year indenture, then “his master should pierce his (the slave’s) ear with an awl and he will be his slave forever (le’olam).” In general, the term le’olam means “forever”. However, in this case Rashi explains that le’olam is limited to the end of the fifty-year Jubilee cycle, at which time the bondsman is automatically emancipated. Sometimes the word le’olam is accompanied with other, seemingly synonymous words. To be more precise, sometimes the word le’olam is paired with the words netzach, selah, or va’ed. Based on this, the Talmud (Eruvin 54a) asserts that those words also mean “forever”. What is the logic behind the Talmud’s assertion, and are all of these words truly synonyms?

Rashi understands the logic behind this assertion is simply based on the fact that those words appear alongside le’olam,so they must all mean the same thing. Indeed, the early grammarian Rabbi Menachem ibn Saruk (920-970) writes in his lexicon of the Hebrew language, known as Machaberet Menachem, that the words netzach, selah, olam, and va’ed are all synonymous. They all mean “forever.” Rabbi Yosef Kimchi (father of Radak) makes the same assertion in his work Sefer HaGilui, except that he omits the word selah from this list (see below).

However, Rabbi Shmuel Eidels (1555-1631), also known as the Maharsha, takes a different approach. As we saw in the case of the Hebrew bondsman, the word le’olam does not really mean “forever” in the sense of something which continues without limit. Rather, the word le’olam denotes a very long period of time, but nonetheless has an end point. That said, when the word le’olam is paired with the words netzach, selah, or va’ed, those words must add some meaning to the amount of time denoted by the word le’olam (because otherwise the dual wording would be superfluous). From this, the Talmud derives that the words netzach, selah, and va’ed must refer to a greater length of time than the word olam does, concluding that those words mean “forever”. Rabbi Avraham ben Ezriel of Vienna (a 13th century authority on liturgy) confines the Talmud’s assertion to instances where these three words appear alongside the word olam, but the Maharsha understands that the Talmud means to extrapolate the meaning of those words in all instances.

In the blessing recited immediately before the Shema in the mornings, we ask of G-d, “And Your mercy and Your kindness shall not forsake us forever (netzach), forever (selah), and forever (va’ed).” Rabbi Avraham ben Natan HaYarchi (a 12th Provencal scholar) and Abudraham (a 14th century commentator to the Siddur) write that because of the redundancy in this prayer, one should omit the words netzah and selah, and only say the word va’ed. However, Rabbi Yitzchak Abuhab (a 14th century halachic decider) writes that we use synonymous words to convey the concept of “forever” in order to stress that we truly request His mercy and kindness to be everlasting.

Rabbi Shlomo Aharon Wertheimer (1866-1935) writes that although all four words in question mean “forever,” each emphasizes a slightly different idea. He argues that the word netzach implies something which is continuous (i.e. unchanging permanence), selah denotes something which is continual (i.e. ever-repeating), and ad/va’ed refers to the concept of infinite duration. That is, the word ad literally means “until,” but when left as a hanging preposition implies an ellipsis, as if to say, “until… (a time which cannot be defined).”

Rabbi Yaakov Tzvi Mecklenburg (1785-1865) explains that the word olam is related to the word al (“on top”), because the entire purpose of existence is for each element of creation to strive to attain the spiritual level above where it is presently holding. To that effect, the entire world (olam) or the entire span of time (olam) serves as the game board upon which this can be played out. In this way, the entire space-time continuum serves as the playing field for rising above one’s current state. (Rabbi Shlomo Pappenheim of Breslau (1740-1814) also explains that the word ne’elam (“hidden”) is related to the word al,because it is “above” one’s range of perception, so it is hidden from him.)

Based on this, Rabbi Mecklenburg explains that the Jubilee year is called le’olam because during that year a slave rises above his lower status and attains the same status of his master, that of a freedman. He also explains that the word netzach is also related to this concept because the word netzach is derived from the word tzach (“pristine” or “pure”), which alludes to the ultimate state of being which the soul yearns to achieve. The word selah is related to the word suleh (Job 28:16), which denotes something of higher value, and the word va’ed is related to the word adi’im (“adornments”), which alludes to the eternal ornaments which will adorn the soul in the World-to-Come.

Before we conclude this article, I would like to focus a bit on the word selah. As mentioned above, the Talmud (Eruvin 54a) explains that the word selah denotes something which continues ad infitium. Based on this, Rashi, Meiri, and other classical commentators (to Psalms 3:3) explain that selah means “forever”. Indeed, the earliest translations of the Bible (Targum Yonatan in Aramaic, Aquilas in Greek, and the Peshitta in Syriac) all consistently translate selah as “forever”.

However, there are other ways of looking at the word selah. Radak (to Psalms 3:3 and in Sefer HaShorashim) and Malbim (to Psalms 3:3 and Habakuk 3:3) explain that selah is an interjection which marks the end of an idea (similar to an exclamation point in English!). Radak further explains that selah serves as a musical note and indicates that one reading/chanting/singing the passage in question should raise one’s voice to denote the end of an idea. (Rabbi Aviad Sar-Shalom Basilea (1680-1749) in Emunat Chachamim criticizes Radak for seemingly rejecting the traditional rabbinic interpretation of selah as “forever”. However, Rabbi Yaakov Emden (1697-1776) defends Radak by explaining that there is a difference between the plain meaning, which Radak offered, and the deeper implication, which tradition provides.) Malbim adds that sometimes it also means to separate the main content of a passage from that which is only meant parenthetical. Rabbi Chaim Friedlander (1923-1986) adds that the word selah means that we have just concluded relaying an important idea, and one should pause and contemplate that which he has just said before continuing.

Rabbi Mecklenburg cites one of the earlier commentators who apparently wrote that Selah is actually one of G-d’s names. Ibn Ezra (to Psalms 3:3) writes that the word selah serves to affirm that whatever has been said is true. Accordingly, selah means something like “this is true”, “so it is”, or “it is correct”. True that!