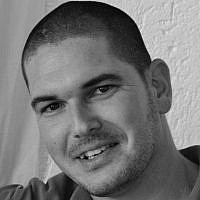 The Blogs
Ron Gilran
Apply for a Blog
Advertisement
Please note that the posts on The Blogs are contributed by third parties. The opinions, facts and any media content in them are presented solely by the authors, and neither The Times of Israel nor its partners assume any responsibility for them. Please contact us in case of abuse. In case of abuse,
Report this post.

Let’s start from the bottom line: Netanyahu’s new dismissal bill is unlikely to pass. Several MKs from his own right-wing coalition, including Justice Minister Ayelet Shaked, have expressed reservation about the proposed mechanism, which would fundamentally enable the majority to dismiss minority parliamentarians at their discretion, and, concerningly, possibly at their whim. There’s nothing like the refusal to support the bill’s original version by ultra-orthodox United Torah Judaism and national-religious Jewish Home parties to reveal Netanyahu’s bluff, namely, that his latest initiative is nothing more than another political ‘spin.’ It is a lesson in irony that such parties are the ones to give a Likud Party Prime Minister a lesson in democracy.

Nonetheless, the bill still holds certain importance, given that it once again highlights two pre-eminent traits of Israel’s current political and public systems. The first has to do with the emerging prominence of the hardline Right as a crucial constituency, electorally speaking. The other is tied to an apparent and overall intellectual paralysis – relevant for the Right and Left alike.

Politically speaking, Netanyahu’s latest initiative underlines the way in which his electoral reference point has become the hardline Right. This shift is not an ideological change as much as it is a structural one: The Likud Party’s leader understands that, to win elections, he no longer requires support from the center, not even for appearance’s sake. In other words, all he needs is to ensure that his right-wing rivals, referring to Jewish Home leader Naftali Bennet and Yisrael Beitenu head Avigdor Lieberman will not become stronger at his expense. Netanyahu arrived at this realization early on in his recent campaign when Bennet’s polling figures started breathing down his neck. It ended with the former’s highly criticized comment that Arabs were going in droves to the polls, which was clearly intended, albeit successfully, as a fear-mongering tactic.

The bad news is that, for Netanyahu, campaigning never ends. Populism is the tax he must pay for his brilliant new political strategy. It can be seen in two primary ways: One, efforts to never make a ‘less-Right’ statement than Bennet; and two, his direct – and entirely unprecedented – involvement in political episodes that are more suitable for backbenches than for the premier.

Think about it: Back in 2010, Netanyahu was more or less silent about the presence of MK Hanin Zo’abi on the Turkish Marmara flotilla; he failed to initiate any legislation after former MK Azmi Bishara was accused of assisting Hezbollah and fled the country; and he wasn’t too vocal about the visit by Ahmad Tibi and others to Syria and other Arab nations across the years. To make a long story short, Netanyahu’s attention to Arabs MKs and their provocations is a relatively new affair for a very good and new political reason, that previously just wasn’t there.

But here is what’s worse: that Netanyahu’s use of populist spins flourishes in well-fertilized political ground, where Israelis find it increasingly easier to hush those with whom they disagree. Silencing has many faces: tagging, de-legitimizing, outlawing, dismissing from Parliament, you name it. Anything but, God forbid, making an effort to argue one’s points, persuade the opposition, search for solutions through compromise, pay attention to complexity, and listen. Netanyahu’s recent legislation is just the latest example of this crippling tendency, but certainly not the only one. It was, for example, preceded by proposals to outlaw the leftist “Breaking the Silence” group and, for the sake of equality, the rightist “Im Tirtzu.”

This tendency is a testament to a rather shallow democratic tradition, as well as an intellectual paralysis. One of the most important arguments in favor of freedom of speech is the revelation of truth: Truth, it is argued, prevails by contradicting lies, and becomes weaker once one resorts to force. Indeed, at times the outlawing of certain groups that seriously threaten democracy is inevitable; but the frequency in which this demand is raised in Israel 2016 is clearly disproportional.

This tendency is typical mainly of the political Right, but it is by no means a stranger to the Left. In both camps, it manifests in a narrow conception of citizenship: The Right is nurturing what political scholars call ‘the Republican model,’ namely, an identity-based citizenship, which entails ever-escalating loyalty tests (first to Arabs and now to Jews, too), while the Left is sticking to a theoretical ultra-liberal model where citizenship is nothing but a legal status deprived of any consideration of the majority or its national identity. Deviation from one of these two extremist models sparks claims of ‘fascists’ and ‘traitors’ and this seemingly knee-jerk demand to outlaw the relevant group.

The Balad Party’s behavior often reflects this exact type of narrow citizenship conception: Over and over again they emphasize, with their brilliant Hebrew and academic arguments, that their provocations are a manifestation of their citizenship. This is a rather minimal, distasteful and extremely unproductive conception of citizenship. But dismissing elected MKs by Israeli citizens is equally distasteful, not to mention undemocratic by definition. When even the ultra-nationalistic Betzal’el Smotrich of the Jewish Home rejects this notion, the other option that remains is seemingly disqualifying the list altogether and in advance. Even still, this should be last resort, not the first option. Netanyahu’s political maneuvering and the public’s intellectual paralysis obstruct all other existing solutions. Though harder to exercise and surely more complex to deal with, Balad’s distortions should first be confronted via debate, not by exercising the power of the majority.

Opinions in this piece solely represent those of the author.

About the Author
Ron Gilran is the COO at Levantine Group, a Tel Aviv based risk-consultancy. You can follow him on Twitter @RonGilran.​
Related Topics
Related Posts
Comments