Both sides of my family came from what was the Russian Federation. Like many other Eastern European Jews, many arrived in the United States at the end of the 19th century and the beginning of the 20th. They escaped from a world where their families had been settled for centuries and headed for the goldeneh medina, the golden world, where everyone was given an equal opportunity to succeed. Israel was still only a pipe dream but America was real. “Give me your tired, your poor, your huddled masses yearning to breathe free….” And that’s what they were. My father’s paternal grandfather arrived in 1906 with a dollar in his pocket, my mother’s paternal grandfather in 1914 with none.

But they were escaping more than just hardship.

In 1905, in Odessa where my father’s grandfather’s family lived and where Jews made up a quarter to a third of the population. Dr. Robert Weinberg, in The pogrom of 1905: a case study, noted that pogroms took place “in hundreds of cities, towns and villages” across Russia following the Tsar’s October manifesto. These “pogroms [were] directed mainly at Jews but also affecting students, intellectuals, and other national minorities.” Mob anger towards the “other” is not new. Nor is hate towards Jews.

During the October pogrom in Odessa, Weinberg recounts, “pogromists brutally and indiscriminately beat, mutilated, and murdered defenseless Jewish men, women, and children. They hurled Jews out of windows, raped and cut open the stomachs of pregnant women, and slaughtered infants in front of their parents.” The authorities not only did nothing, some actually participated.

Eyewitness testimony about the October 1905 events which took place in Mogilev-Podolsky, where my mother’s grandfather’s family was from, describes how the police did nothing to stop the looting of Jewish businesses either; in fact, the fire marshal encouraged the looters. A number of injured Jewish residents testified that no warnings were first given before they were shot. Afterwards, they were too afraid of retaliation to report what happened.

The American Jewish Committee in its 1906-1907 American Jewish Year Book recorded what they knew about the pogroms that stretched across Russia from 1903 to 1906, that is, numbers of killed, wounded, houses burned, shops looted and destroyed. They also published the Duma commission’s report which showed authorities, police and military complicit in the deliberate killing of Jews in the city of Bialystock. The table in the AJC’s record also describes reservists’ and others complicity in many locations where pogroms took place.

We read of mobs gone wild and cannot admit the ease in which individuals can lose their humanity.

This country’s insurrectionists might not have gone on quite the same degree of rampage, but they certainly behaved as a mob bent on violence. Not only did Americans bring guns and bombs, build a gallows, attack the media, storm the Capitol, claim that Senator Ted Cruz would approve their actions and steal House Speaker Nancy Pelosi’s laptop, but they also made their allegiance clear. New Yorker reporter Luke Mogelson caught the “QAnon Shaman” on video in the chamber as he thanked Jesus for the opportunity to “send a message to all the tyrants, the Communists and the globalists, that this is our nation, not theirs.” He talked of the “white light” of protection. Others with him cheered on. The police in the chamber watched.

Whether the police were unprepared, outnumbered or complicit is still up for discussion, but the ones who got in the mob’s way were endangered too. Mobs determined to cause pain will find someone to direct their anger at. One Washington DC police officer this week told how rioters shouted “Kill him with his own gun!” after trying to take his. What is clear from this round up from The Atlantic was how much worse January 6 was than what the public first knew. Insurrectionists took tours, brought schematics, plans and tactical gear and decided on specific targets.

I have to ask: What might have happened, how much worse could it have been, had their targets not been the halls of government but all Democrats, all media or all those that the far right love to target, that is, Black and brown people and Jews?

Less than 20 years after the programs across Russia, the US saw the 1921 Tulsa Race Massacre during which angry white men killed 12 people. Eight hundred people were hospitalized and 10,000 left homeless. This was only 100 years ago.

Right now, every state’s capital is under threat. At least 21 have called out the National Guard. If Trump’s followers (some of whom have also said he should get out of their way) successfully gather and are out for blood, who is to say that a pogrom couldn’t happen here?

Why wouldn’t mobs here and today take out their anger on the nearest target?

We must also ask: Where do we go from here? As I did last week, I must ask, What will the United States look like on January 21?

Despite the anger, I also know that our country is ready for new beginnings. Not pogroms.

Whether or not everyone likes it, voters legally and by a large margin chose Joe Biden for president and Kamala Harris for Vice President. Georgia voters chose Jon Ossoff and Reverend Raphael Warnock for its senators. These elected officials, plus President elect Biden’s inspired cabinet choices, fill me with hope. “The land of the free and the home of the brave” has long been called a melting pot and it is past time that those who govern and advise reflect our country’s composition and reflect its rich tapestry. It is only with multiple perspectives that we can have a more fully rounded view to understand the impact of decisions made in the halls of power.

At the same time, it is vital that those who despise anyone enough to form a mob find a way in themselves to dissolve their anger. Our country needs to step back from this precipice we are teetering on. And while it will take all of us working together to move forward, America needs its citizens to each look inside themselves to pull away from anything resembling a mob mentality. Instead we must think of our entire country and strive for more, because “United we stand, divided we fall.” 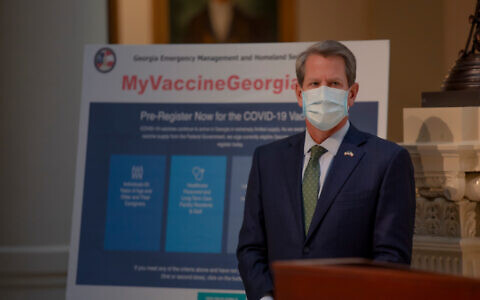 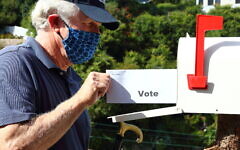 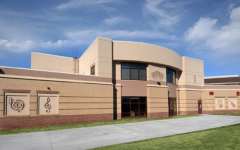 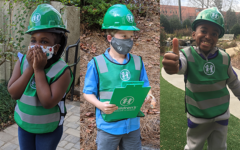 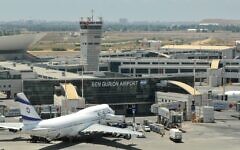 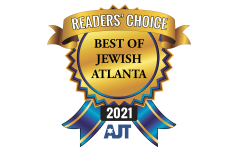