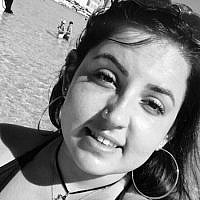 The Blogs
Rebecca Zeff
Apply for a Blog
Advertisement
Please note that the posts on The Blogs are contributed by third parties. The opinions, facts and any media content in them are presented solely by the authors, and neither The Times of Israel nor its partners assume any responsibility for them. Please contact us in case of abuse. In case of abuse,
Report this post. 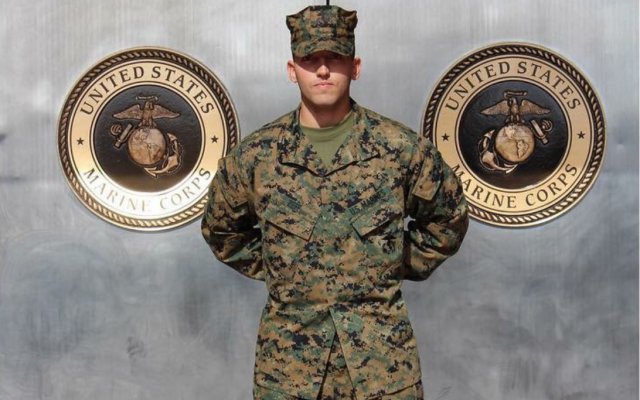 The Jewish Chaplains Council estimated that there are currently 8,000 to 10,000 known Jewish servicemen and servicewomen on active duty out of approximately 1.3 million (less than one percent) in the US Armed Forces.

PFC Zachary E. Zeff, my brother, is now one of them.

Our community focuses heavily on the IDF, as we should, but have we forgotten the serving maccabis* of the Diaspora, specifically the United States of America?

In a time where anti-semitism is increasingly prevalent (cue: every news story of the worldwide anti-semitic surge), it is inherently important to mention that American Jews do, in fact, [military] branch out from social expectations and serve in the U.S. Armed Forces.

Growing up in Fort Lauderdale, there is a strong, healthy, Jewish community. We are four siblings, all who have been to Jewish day school in our early years, had bar/bat mitzvahs, went on Taglit-Birthright, and I myself even made aliyah and am living in Israel.

Having mentioned the above, often the first questions I receive when sharing that my brother had been training to become a US Marine are:

1. How did a Jewish man end up in the US military?

And the Jewish way goes: a question must be answered with another question;

Why is the country that a Jewish American chooses to serve for the defining factor between his loyalty to the Stars and Stripes vs. the Star of David?

Does this mean that the rest of us, who have chosen not to serve in either country’s military, are ultimately stuck in a limbo of allegiance-anti-allegiance to both Israel and the US?

The fact is, the Jewish people have had a rich history in the United States starting as early as Colonial times. Jews served in the Civil War both on the Confederate side and the Union side, World War I, and even World War II where my grandfather Paul T. Zeff served as a combat medic for the U.S. Army amongst many other Jewish servicemen. We have been a part of America’s roots, fabric, progression, and will continue to be a part of its future. This alone should ignite an understanding for equal devotion and dedication to both of our homelands.

The US and Israel are among the world’s closest allies so do we ever really need to choose between the two?

Zachary endured 13 weeks of intense physical and mental training at MCRD: Parris Island, and on November 30, 2018, he graduated as Honor Grad–a recognized leader, for Bravo Platoon 1090.

He was eager to go; ready to be shipped out months before the family fully grasped his decision to enlist, but I asked one thing of my brother before he left to boot camp: to visit Israel, to reconnect with his roots, for the sole purpose of clearing his mind before his next adventure. And he did. Zach wrote to us often and expressed after that fact that his trip to Israel helped him appreciate his background in being both Jewish and American and that thinking about things that made him happy, such as his Israel trip, got him through when things got tough at Parris Island. 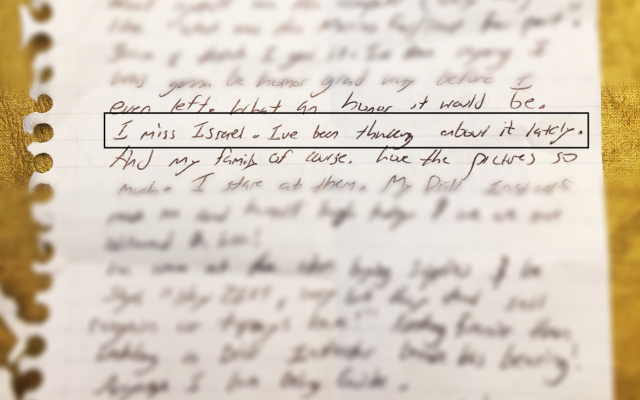 A piece of a letter from Zach while in bootcamp: “I miss Israel. I’ve been thinking about it lately.”

Every Saturday night, the drill instructors would ask each recruit out loud which religious service they would like to attend the following day. “That’s pretty much how everyone learned that I was Jewish,” he explained. Some ended up joining him in his Jewish services to learn more about it. For Rosh Hashana, there were even apples and honey, a small but significant experience.

When asked if it was ever weird for him to be the only Jewish recruit out of more than five hundred in his company, Zach responded saying that it was the first time that many of his fellow recruits (now Marines) had even met a Jewish person before; that it was surprising. “It was wild for them,” he laughed,

But everyone’s family [in the USMC], so it didn’t matter what you were.

This is a learning experience for all of us, and just in time for Channukah, this is the beginning of the story of a modern day maccabi, who has begun his journey as a US Marine and the pride that our family has knowing that Zachary has followed his passion to serve one of our homelands.

It turns out that it is possible to pledge allegiance to one while remaining unbreakably devoted with a nefesh yehudi to the other.

The Fewer. The Prouder. The Jewish Marines**.

*According to Chabad.org, one definition of maccabi is “mighty”, relating to the Hebrew word for hammer, makav, or to the Greek word machitís meaning “strong” or “fighter”.

**”The Few. The Proud. The Marines” is the official recruiting slogan for the USMC.

For support organizations for Jews serving in the armed forces, check out:

About the Author
Rebecca made aliyah from South Florida in 2014 and is working at a fin-tech startup in Tel Aviv.
Related Topics
Related Posts
Comments