The Blogs
Evan Nierman
Apply for a Blog
Advertisement
Please note that the posts on The Blogs are contributed by third parties. The opinions, facts and any media content in them are presented solely by the authors, and neither The Times of Israel nor its partners assume any responsibility for them. Please contact us in case of abuse. In case of abuse,
Report this post. 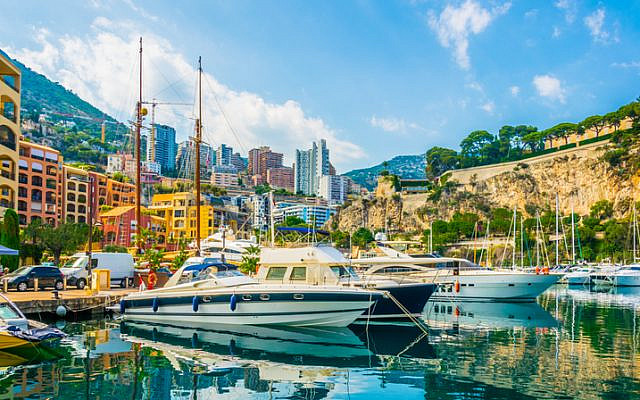 Modern-day Monaco refuses to open its archives to Holocaust historians. (image by Getty)

The victims of the Holocaust deserve justice. And in order to accurately record history and prevent the recurrence of mass murder on such an unthinkable scale, the world must know the full truth about the events that led to and unfolded during this tragic event.

Decades after the end of World War II, it is obviously impossible to ever deliver full restitution to the families of millions of men, women and children who were exterminated.

But it is also imperative that those who still harbor evidence of humanity’s worst manmade tragedy come clean. That message was delivered recently by the Simon Wiesenthal Center, which issued a clarion call for the nation of Monaco to open its Holocaust archives for review by historians.

It is a simple and straightforward request that places this issue front and center. However, it has been almost 75 years since the liberation of the death camps and yet Monaco continues to stonewall the survivors of the Holocaust by denying access to its records. The question is – why?

The transfer of control over this tiny but wealthy nation bordered by France and the Mediterranean, and Monaco’s shameful actions to condemn its Jewish residents, are already known. Invaded and taken over by Italy in 1943, administration of Monaco was then handed to Germany, which deported Monaco’s Jewish population to Nazi camps where they were murdered.

Modern-day Monaco operates as an independent nation and constitutional monarchy led by Prince Albert II.  He inherited the throne from his father, who ruled for five and a half decades.  To his credit, Prince Albert II in 2015 issued an apology for Monaco’s role in the Holocaust.

Speaking at the Monaco ceremony during the unveiling of a monument to those who perished in the Holocaust, Prince Albert noted that French Jews fleeing the Nazis, “came specifically to take shelter with us, thinking they would find neutrality.” Instead, Monaco “committed the irreparable in handing over to the neighboring authorities women, men and a child who had taken refuge with us to escape the persecutions they had suffered in France.”

In total, only nine of the 90 Jews and resistance fighters deported by Monaco survived the Nazi death camps. This painful moment in Monaco’s history is already known, but is there something more to hide?

Historians, survivors, and the descendants of Holocaust victims, should have the right to gather the facts and historical evidence of what took place in Monaco during those wartime years.

Germany, as well as other European countries, have taken full ownership of their role in the atrocities of the Holocaust and relinquished evidence. In fact, their willingness to demonstrate accountability has played an instrumental role in helping them move forward.

According to the Simon Wiesenthal Center, ample evidence exists pointing to the persecution of Monaco’s Jewish community during the Holocaust, including: seizing money, luxury watches, jewelry and diamonds; blocking Jewish bank accounts; looting artwork and libraries; and auctioning the assets of Jews deported from Monaco to Nice.

In other words, the connection between Monaco and the Nazi regime’s systematic murder of the Jews during the Holocaust is undeniable. Nazis interviewed in the aftermath of the Holocaust, and some facing trial before prosecutors spoke candidly about what took place in Monaco during those years.

Monaco’s puzzling decision to persist in refusing access to its Holocaust archives raises serious questions. It also prevents closure and justice, and instead conjures a dark cloud of suspicion.

I recently had the honor of a lifetime when I spent the day with Benjamin Ferencz in his home.  Ben is the last surviving prosecutor of the Nuremberg trials, a brilliant attorney and crusader for justice whose contribution to humanity is the subject of an exceptional documentary called Prosecuting Evil. Inside his home are extensive records that he has preserved, which are a testament to the power of documentation.

Ben’s life has been dedicated to the pursuit of law, not war. Those are words that he lives by and still tries to impart to the world. When I sat with Ben, he spoke about the significance of uncovering facts, bringing them to light, and why closure may only occur when countries, and individuals, recognize their histories – the good as well as the bad.

For Ben, the Nuremberg trials were about far more than him doing his duty in service to America, the world and the memory of the murdered. They represented accountability, a necessary step to recognize and learn from the past’s mistakes and hopefully change the course of the future.

The world is watching and waiting for Monaco to embrace full accountability, open its archives and shed some much-needed light upon those dark days from many years ago. The clock is ticking, and time is truly of the essence, especially since the last generation of Holocaust survivors will soon be gone.