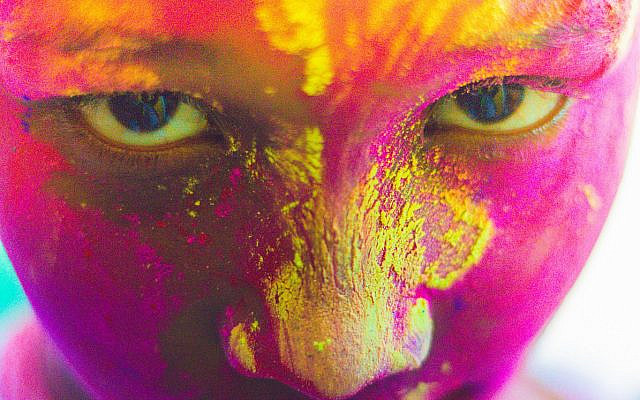 The question of good and evil in this world is one that not only runs throughout the Torah but also in our every-day lives. We learn from an early age the concept of “good guys” and “bad guys,” with the moral of virtually every story, of course, being that you want to be the former!

Whether it’s the cops catching the robbers, the cowboys fighting off the Indians, or the superheroes saving Gotham from the villains, we are taught that some people are good and others are not, and life is essentially a battle between the two forces of good and evil.

Yet, as we grow and mature, we learn that life isn’t so black or white but instead has lots of shades of gray in between. As one colleague told me:

People can be this and that; it isn’t just one or the other.

Basically, the reality of life is that nobody is perfect, that everyone makes mistakes, has regrets, does and says things that they are ashamed of, and wishes that there were some things that could be taken back or done over.

This is where it gets complicated, because if someone is redeemable, then we want to continue to engage with them positively. If they are not, then we are left wondering (adapted from psychotherapist Lori Gottlieb):

Is there a human in that being?

When a person is obstinate and no longer trying to learn, grow, and be better, then we consider “writing them off” or ghosting them because perhaps they just aren’t worth the time and effort.

But where do you draw the line?

We all know the types of people, whether historically or unfortunately up close and personal, who have gone over to the “dark side.” Some would call them out as corrupt, criminal, immoral, evil, unG-dly sinners, or even true monsters. At the extremes of these we have, of course, Adolf Hitler, Joseph Stalin, Mao Zedong, Thomas de Torquemada, Vlad the Impaler, Ivan the Terrible, and so on.

Certainly, when you hear or see incredibly perverse and horrifying cases of abuse, exploitation, violence, rape, terrorism, torture, murder, and genocide, then you know that we are in that terrible zone of inhumanity. At that stage, there is a being there, but it’s no longer identifiable as human.

Sure, we can try to judge people with empathy, compassion, and, whenever possible, for the good. And if we can just see that spark of G-d within each other, then we can encourage and help each other to do more good.

At the same time, let’s face it: even if it’s just a small minority, there are people who are dangerous narcissists, sociopaths, and serial evil doers out there who we must stop or stay away from (“fight or flight”).

Let’s just say that we are teaching our children not to tolerate everything, but to stand for something, in order to hopefully try and safeguard them physically and spiritually, as best as we can, from trouble and cruelty out there.

Ultimately, the litmus test is whether there is a human in that being. If there is that spark of G-d, that soul, that inner conscience weighing right and wrong, that fear and love of G-d and his creations driving decision-making, then there is still hope for that person as well as for mankind.

However, if we are dealing with those who are sadistic animals in human form, then we must be as soldiers of Hashem, taking a firm stand and decisive action, because true evil does not remain dormant for long.