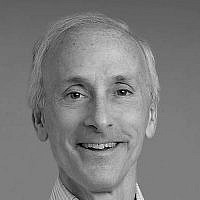 It measures 4×48”. It is monochromatic (tan) and has the same stitching pattern from top to bottom. It has no special border or internal design like a cable. It is a scarf, one of the very last things my mother made for me.

My mother was a knitting machine. She learned how to knit when she was young and never stopped. Whenever things were quiet, my mother would sit herself down in the corner of the couch and knit. There could be a single color or multiple colors that required a small plastic contraption dangling in the air to keep the different yarns from getting entangled. My mother might have to concentrate and count stitches, or she could watch TV like everyone else and work on automatic pilot. The output ranged from sweaters to jackets, to dresses, to afghans, and baby blankets. If you wanted my mother to knit something for you, the first step was just to ask, “Can you make me… ?” Then you would give her a picture of what you had in mind. In the old days, you picked something out from a catalogue of smiling children and adults wearing every kind of knitted clothing imaginable. With time, people downloaded a picture of whatever they wanted my mother to make. This meant you had to go with her to the yarn store where you would get measured and where my mother would get her instructions. You picked your type of wool and color. And then you waited for delivery of the final product.

I was not a huge consumer. Wool felt too warm and itchy to me. But there were two crew neck sweaters — one gray with two horizontal deep red stripes across the chest and another one that was navy blue and the same two red stripes — that I wore out through childhood and adolescence. My mother’s output has been seen and worn far beyond her house in Philadelphia.

My mother did not proselytize for knitting. She did not push it on any of her children or grandchildren. As far as I know, my niece is her only disciple.

But as time passed and my mother slowly declined, knitting was the one reliable readout of her clinical status. The sweaters became simpler, smaller, and more uneven. No one meant ill but there were fewer requests. So, my mother changed her product line and moved full scale into scarves and slippers. She became more self-promoting. My mother would ask if you needed a scarf and then tell you she was knitting one for you even if you said you did not need one.

I was slow in answering her requests. It was not out of any sense of irritation but more like, “I already have a scarf. There’s no need to bother.” But finally, I said sure and that is the back story of my tan wool scarf.

After my mother gave it to me, it hung in the closet for months. Pre-COVID, when I was riding the subway or a Citi bike to work, it felt like the scarf was strangling me with its warmth. I would have to loosen my jacket and unwind the scarf because I was overheating during the 7-stop local ride. I stuck to my thinner plaid scarf.

The world two years later is a different place, and my life has also changed. I am not on the subway going to work. Instead, I walk to shul many mornings and most afternoons, around Central Park, along North Avenue. It has been a much colder winter compared to what I remember of the past few years. My mother’s heat generating scarf has become a much more favored part of my winter gear. I have been wearing it every day. But hand-knit scarves are  more vulnerable than store bought wool varieties. Hangers get caught more easily in the looser knit stitching and the edges are not tied off as tightly. I worry that my mother’s scarf will not be as durable as I want it to be. Wearing my mother’s scarf more in these dark wintry days may be compromising its longevity.

But my hard-working scarf is making the most of its time. It is doing more than just helping me fight off the cold. As I near the end of the lengthy period of aveilut, I feel myself figuratively putting my head down and trying to push forward to the finish line and get it all over with. Nothing strictly wrong there. The Rabbis never sanctioned prolonging the mourning beyond 12  months. The impact of aveilut on one’s everyday life is steady, ongoing, and implacable. The human inclination to close the aveilut chapter and move on is understandable. But how you finish off a mitzvah is just as important as how you start. Aveilut for a parent  is a period to think about the person who has passed, appreciate all that they accomplished during their lifetime, and recognize how much in debt you are for all that they have done for you.

Waking up in the dark, getting out of your warm bed and getting to shul on time to say kaddish in the dead of winter is much more challenging than in the balmy days of summer. My mother’s scarf has been her last gift to me during these last closing weeks of kaddish. It has been much more than a useful piece of clothing. It has helped me sustain the picture of my capable knitting mother in my mind, the memory of her unquestioning maternal warmth squarely in front of me as I enter the last month of aveilut. The scarf will eventually unravel. But wearing it now reminds me that all the things that I shared with my mother and father are only of value if they keep my mind focused on all the experiences and feelings that are invested in them. Scarves and things are meaningful but only as bridges between the memories of things past and legacies of the future still to come.

About the Author
Chaim Trachtman is originally from Philadelphia. He is a pediatric nephrologist and is Adjunct Professor of Pediatrics at the University of Michigan and founder of RenalStrategies LLC. He retired from clinical practice at NYU Grossman School of Medicine where he was Professor of Pediatrics and chief of the division of nephrology. He is the PI for both NIH- and industry-sponsored observational cohort studies and clinical trials for patients with kidney disease. He is a board member of Yeshivat Maharat and Darkhei Noam. He edited a book entitled "Women and Men in Communal prayer (Ktav/JOFA)" that discusses partnership minyanim. His wife is the current President of AMIT and he has three daughters and six grandchildren.
Related Topics
Related Posts
Comments