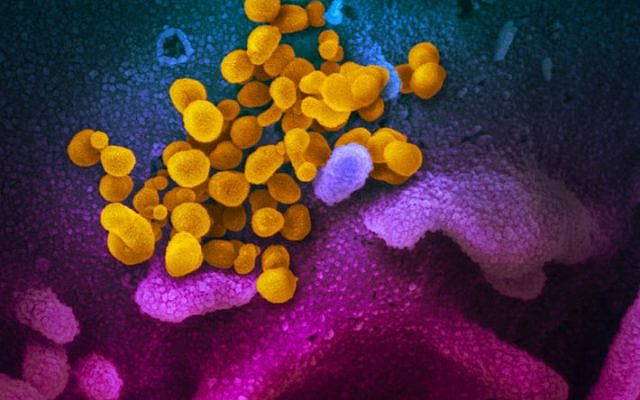 Nary a day goes by, but another conspiracy theory gets launched, or another drip or dollop is added to the oozing puddle of evidence that Co-Vid “escaped” from a bio-lab in Wuhan. Well, at least we don’t have people grandstanding that this was a bio-terrorist activity, anymore. I suppose that’s progress.

The most recent hard scientific theory is that the virus emerged from multi-animal transmission, likely bats and pangolins, before jumping to infect humans. But, that hasn’t stopped the conspiracy addicts from claiming that the virus escaped from a lab in Wuhan – where it was being manipulated as a weapon.

Now, it is true that lab accidents do occur. A few years back the dreaded and deadly anthrax escaped from a CDC biolab. Nothing happened. And then a few months after that, some “loose vials” of smallpox were found in a fridge at the Pasteur Institute. Again, nothing happened. Things got so bad with escaping bugs from American Biosafety level 3 and 4 labs, that Congress launched an investigative committee trying to prevent future escapes. Not surprisingly, not much happened.

There are at least two reported earlier instances were something did happen in a lab and a deadly microbe escaped – both concerned smallpox – and both killed the technicians who were working on the sample at the time. But only the individual technicians. There was no mass epidemic. There are reports of problems occurring in the Former Soviet Union. But those are more readily verifiable that anything that might have occurred at Wuhan.

Psychologists have offered reasons why the conspiracy cabal is so attractive – it gives a sense of control; it makes sense of temporally related events; it attracts attention. There probably is no way to disprove the claim – although valiant attempts have been made. For sure, we can expect conspiracy theories to continue. The major problem is that the more likely, more mundane, and more dangerous scenario – deadly species jumping the animal-human barrier — won’t be attended to as long as we can blame the Chinese government — or they can blame us.

Now it does appear that the Wuhan Lab was in fact researching bat coronavirus – research reportedly funded by the US Government. But even Anthony Fauci seems to be discounting the conspiracy theory. Of course, it has been reported that Fauci’s agency backed the US funding of the Wuhan research, in the first place. So, I’m not so sure how reassuring this line of argument is.

Much of these conspiracy theories are emanating from social media, which mainstream scientists are now saying causes harms of its own. “Facebook said it had removed “hundreds of thousands” of coronavirus posts that could have led to harm, while putting warning labels on “90 million pieces of misinformation” globally in March and April…. [and] researchers conclude[d] that there is a strong link between belief in conspiracy theories about the virus and risky behaviour [sic] during restrictions imposed to prevent its spread.”

Now, on the one hand, bat coronavirus is not the same as the pandemic virus. (Nor is chicken coronavirus, yet reseachers working on that virus are trying to pump up expectations for a human vaccine based on that research). On the other hand, there are claims the research included attempts to manipulate the bat virus to investigate its potential to make it more infective to humans. But, there is no evidence this was accomplished. So, the conspiracy theory rests on nothing more than rank speculation. Which sends us right back to investigating more plausible scenarios.

I realize the humdrum idea of the Asian lifestyle perpetuating disease is out of fashion. But consider past history, consider past patterns of disease transmission: Pandemics have never originated from laboratories. Never. But they have come from the China wet-markets, as a function of fluid animal-human interface and microbes engaging in species-jumping. This happened in at least four pandemics in the last 60 years – all traceable to Asia, not counting swine-flu and other non-Asian instances of animal-sourced pandemics.

In 1957, China gave Asian flu, which killed two million people world-wide. In 1968-69 neighboring Hong Kong produced a flu strain that killed an estimated one to four million people. China’s next contribution was the Avian flu. We saw strain H5N1 in 1996 and H7N9 strain between 2013 and 2017. Avian flu didn’t rise to a human pandemic, but it did devastate the chicken industry. And then, of course, there is the original coronavirus – SARS 1, first appearing in 2002, which came straight out of the live animal markets of China.

I know, there are bone fide scientists who don’t believe the virus jumped species, asserting the more exotic “great escape theory.” This wouldn’t be the first time scientists jumped on the looney-wagon. Nor would it be the first Corona-wacko story.

In 2003, the prestigious medical journal Lancet reported that based on their research, scientists opined that SARs originated extraterritorially (along, presumably with ET), and that its projected lifespan would be several seasonal waves of re- infection. These professors from the Cardiff Center for Astrobiology and the Department of Microbiology claimed that “a small amount of the culprit virus introduced into the stratosphere could make a first tentative fallout east of the Himalayas, where the stratosphere is the thinnest… [and] the subsequent course of its global progress will depend on stratospheric transport an mixing, leading to a fall out continuing seasonally over a few years.”

So, while most scientists said it was unlikely, newspaper headlines of the time summed up the Lancet researchers’ opinion: “Sars Comes from Mars.” I can just hear them claiming that Co-Vid 19 comes from Venus.

As to what really generated Corona-SARs(2): Conspiracy? Lab Error? Or species-jumping, just like past transmission of SARs(1) and flu?

For that, my friends, the choice is up to you.