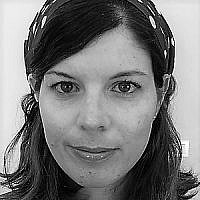 The Blogs
Nitzan Caspi Shiloni
Apply for a Blog
Please note that the posts on The Blogs are contributed by third parties. The opinions, facts and any media content in them are presented solely by the authors, and neither The Times of Israel nor its partners assume any responsibility for them. Please contact us in case of abuse. In case of abuse,
Report this post.

For years, Naama suffered harrowing physical and emotional abuse at the hands of her husband, the father of her two daughters. When she filed for a get (bill of Jewish divorce) in the rabbinic court, never in her wildest dreams did she imagine that the process would take years. But although five and a half years have passed, her husband still refuses to grant her a get, which would release her from the marriage. And the rabbinic court? Well, they haven’t been able to decide whether Naama deserves a get or not. Absent a rabbinic court decision obligating her husband to give her a get, Naama is not considered an agunah (woman chained to a dead marriage), nor her husband a get-refuser. She does not factor into the statistics released by the rabbinic court this week, which reported the numbers of recalcitrant men and women.

In case you missed it: on Tuesday, February 14, the rabbinic court announced its findings with great fanfare: More women withhold religious divorces than men! To understand this outrageous piece of PR, let’s take a look at some key facts that might come as a surprise to those unfamiliar with the world of rabbinic courts.

First, rabbinic court statistics are utterly meaningless when examined in context. They fail to provide an accurate representation of the actual numbers of women refused a get. Naama, the woman mentioned above, who has been waiting five and a half years for her get, is not counted. 60- and 70-year-old women, who, after waiting 20 or 30 years for a get that never materializes and have had their rabbinic court files closed due to lack of activity, are not counted. Women who filed for divorce, but could not cite halakhically adequate grounds for divorce (to illustrate, “occasional” domestic violence against women is not considered sufficient grounds for divorce according to many rabbinic courts in Israel), and whose divorce requests were subsequently rejected by the rabbinic court, are not counted. Women who sue their recalcitrant husbands for damages in civil court are labeled recalcitrant wives by the rabbinic court as “punishment” for turning to the civil system, doubly skewing the statistics by not factoring into the number of agunot, while also adding to the number of recalcitrant wives. And women who do not capitulate to financial extortion for their get are not counted either, since the rabbinic court will not obligate a man to give the get until the woman satisfies all of the husband’s demands.

In an especially blood-boiling incident I encountered a few months ago in the course of my work at the Center for Women’s Justice, the Haifa Rabbinic Court released the recalcitrant husband of one of my clients from prison because she would not pay hundreds of thousands of shekels for her get. The rabbinic court judges had the gall to admonish the woman (whose husband had been refusing her a get for six years), saying that it was her fault that she had no get — because she refused to meet the husband’s demand. Absurdly, in the rabbinic court’s statistics, the man is not counted as a get-refuser.

Keep in mind that everything I’ve mentioned until now must be understood in context: recalcitrant men and women constitute two very different phenomena. While get-recalcitrance is an unacceptable act regardless of who commits it, comparing statistics on men and women as if they were identical problems is misleading and ignores their very different implications. It would be like comparing the flu to cancer: while both are diseases, it would be absurd to compare the effect that each illness brings upon its victim. The effects of get-refusal on a married woman are far-reaching: without a get, any children she bears will be considered mamzers (children born of a mother’s biblically forbidden relationship, including adultery) — their names added to the State blacklist maintained by the Rabbinate. If a woman is discovered to have engaged in a relationship with another man, her actions carry significant halakhic and legal consequences. Contrast this with a man who has been denied a religious divorce and chooses to move on with his life — he faces no risk of halakhic or legal repercussions whatsoever. He can live with a woman and his subsequent children will be considered 100% kosher.

And more. Many people are unaware that the Israeli law prohibiting bigamy does not apply across the board. There is one instance where bigamy is sanctioned, and that is in cases where the rabbinic court decides to grant a man permission to marry a second wife. Every year, the rabbinic court grants about a dozen such permits to men. Of course, no mechanism exists for the reverse scenario. And yet, the rabbinic court administration chooses to deceive the public and present the (skewed) data as if male and female get-recalcitrance were comparable.

But let’s put aside all these pesky facts for now, and take a fresh look at the story behind the story. If we pause and think about the rabbinic court’s data and their “boys versus girls” argument that they attempt to craft, one thing is glaringly obvious: the utter failure of the rabbinic court itself.

About the Author
Nitzan Caspi Shiloni, Esq. is an attorney at the Center for Women's Justice, a legal advocacy organization leading the legal battle for women’s equality, dignity and justice under Jewish law in Israel.
Related Topics
Related Posts
Comments