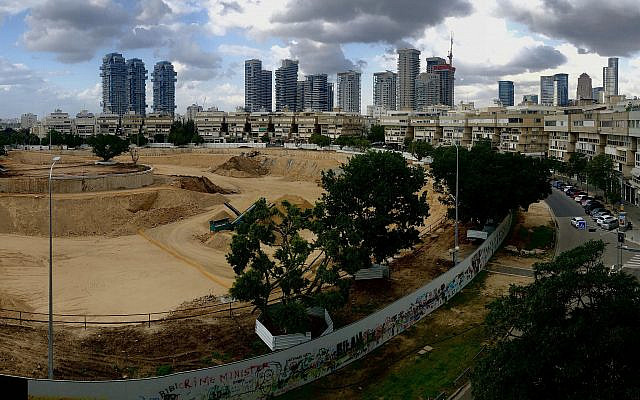 If there’s one thing that people dislike, it is cruel choices involving impossible tradeoffs. Despite the global obsession about the corona we have not even begun this conversation, but it is probably what lies ahead in the discourse on the virus.

Choosing to do close to nothing was initially the popular thing – until it became clear that we would be risking a tremendous amount of deaths.

In Israel that clarity was actually provided by Benjamin Netanyahu. One needs no powers of telepathy to understand that the prime minister calculated that a national panic offered the best means of hanging on to the position he adores with a mania rarely witnessed. Now we have his trial delayed through machinations, the Knesset blockaded, and an avalanche of propaganda about the need for stability and putting politics aside. One can lament the sham, but it did succeed in getting Israelis of all people to self-sequester and socially distance.

So now the popular thing – in Israel and in most places – is to do everything to beat back the virus, at basically any cost, including to democracy and even to the economy,

Some will present complex arguments about flattening the curve of viral spread in order to avoid inundating the hospitals, and that is certainly true. But the argument uppermost in the minds of most people is simply saving lives.

That is a goal that enjoys consensus in a world that is increasingly without consensus, and there is something pleasing about that. Except that it is false.

As with many things, here too the ad absurdum argument can clarify. Let us suppose that we could save one life in a faraway and foreign land, at the cost of destroying our domestic economy for a decade. Would that deal enjoy consensus? Indeed, would anyone support it? For once I do not have an opinion, but I definitely have my doubts.

Those who would not support it must agree that saving every life is not for them an inflexible goal. For them, it is a question of the cost.

As the visible cost climbs, this group, which is already probably a majority, will get more vocal and will influence others.

The fact that fatalities are overwhelmingly among the elderly means that the lost years is smaller than the numbers would normally suggest, will ease the path of this argument.

Therefore we can expect quite soon for the pendulum to swing back, and for the current acquiescence of rather extreme measures to diminish and for criticism to grow.

These measures have created an apocalyptic landscape that would have seemed fantastical just a few weeks ago, including major countries sealing their borders and banning entry to non-citizens, nationwide school shutdowns all over the world, and the lockdown of most commerce, culture and leisure activities with hundreds of millions essentially confined to their homes.

This has unsurprisingly caused a collapse of the international stock markets in which many and in some countries most people are at least somewhat invested through pension funds. The New York Stock Exchange along has this month lost some $10 trillion of market capitalization – which is a mind-boggling half the GDP of the United States.

What is worse, this is not just jittery investors and robopanic algorithms. There is a very reasonable cause in the likelihood of diminished profitability and bankruptcies, and a recession and possibly a global depression. Considering that online sales in the US account for about an eighth of all commerce, that’s what happens when no one can go out.

I’m no virologist, but I do read what has been written and I try to apply logic and think ahead two steps.

There is a certain hope that if we shut down human contact for a month the virus will stop spreading and in effect be wiped out; this might have happened in China, although their reporting is hardly credible.

On the other hand there are also compelling predictions that we are looking at a year or more before this plays out, no matter what. Eventually, perhaps in late 2021, there may be a vaccine that is guaranteed not to kill everyone along with the disease. Until then we may (or may not) be in for rises and dips in the number of people infected – meaning that even if the numbers fall on account of the isolations, once the measures are eased one infected person will suffice to start the process all over again.

If that latter theory is correct, and there clearly a chance that it is, then the measures we are taking will be less than fully effective (they will avoid a run on hospitals by calibrating the infection rate) but will absolutely devastate the economy, making almost everyone on the planet considerably more miserable for years. One can imagine half the global GDP floating away, which means $40 trillion.

That would be the cost of continuing on the path that at this moment is very popular, and which in a month may not be popular at all.

What would be the cost if we do nothing, which increasing numbers of people will probably soon be advocating? Again, we do not know. But it will soon become more clear.

The current assumptions tend to around 70% infection and (according to the World Health Organization) 3.4% mortality. Given the world population of about 7.6 billion, and assuming no repeat infections, we are looking over time at almost 200 million deaths, or about 2.4% of the world’s population. If these assumptions hold, that’s almost three times the deaths caused by World War II and 300 times the worst estimates of the annual global deaths from the regular flu. Which is very bad.

The current acquiescence to measures that would devastate the world economy — and almost certainly cause deaths in themselves — depend on these assumptions. But as real data comes in these assumptions may not hold. For starters, the real mortality rate is very probably lower, because we know most of the fatalities (the numerator) but do not know all the cases of infection (the denominator). It will also become clear what the age and condition of those killed by the virus actually is, and that will make a difference.

My handful of devoted readers will know that since I left AP, where expressing an opinion publicly is a violation of company principles, I had displayed little reluctance to express opinions. This is a case where I actually do not have one.

But I do have an analysis, which is permissible even for American foreign correspondents: the acquiescence will soon end, the economic wreckage will pile up, and a deafening clamor for a middle path will arise around the world.