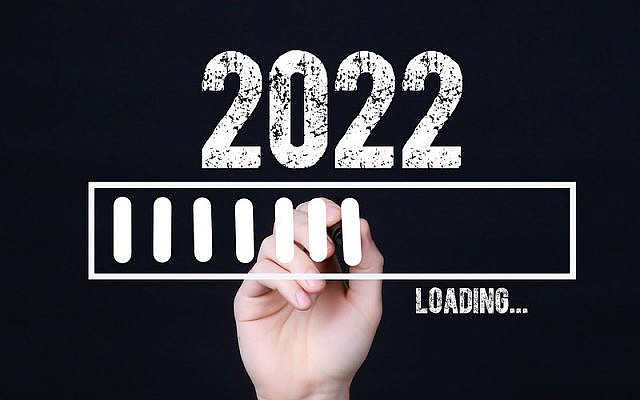 2022 is here, and with it comes new (and some of the same) cybersecurity challenges. Cybercrime is only going to become more prevalent. The more advanced technology gets, the more cybercriminals seek to thwart it.

Hackers target the average person more than ever before, and they aim to steal records and personal information. According to Norton Security, nearly 60 million Americans have already been affected by identity theft, and it has been estimated that, by 2023, cybercriminals will have stolen 33 billion records. It is important to be aware of these threats, take precautions to protect yourself, and keep your information safe.

But before we proceed into the most common threats and attacks, let us first look at what cybersecurity is and how it has evolved over the years.

Cybersecurity is the practice of protecting electronic information by mitigating information risks and vulnerabilities. It includes measures taken to protect a computer or network from unauthorized access, use, disclosure, disruption, modification, or destruction.

The history of cybersecurity can be traced back to World War II when the first computer was used to encrypt and decrypt messages. Since then, developments in this field includes technology such as firewalls, antivirus software programs, encryption techniques like SSL certificates for websites, and the most recent SHA-256 algorithm which secures Bitcoin transactions, and so on.

Cybersecurity can be classified into three main categories:

Application Security: This refers to the protection of applications from cyber attacks or threats like malware, phishing scams, distributed denial-of-service (DDoS) attacks, etc. Application security can be achieved by using technologies such as firewalls that prevent unauthorized users from accessing your data on a computer system.

Network Security: This involves protecting networks from unauthorized access, misuse, modification, or deletion of data in transit over public and private networks such as the internet. Network security can be achieved by implementing technologies like firewalls which prevent hackers from gaining access to your network by blocking certain ports that allow communication between computers within a system.

Information Security: This is the most important category as it encompasses the protection of all types of data, both at rest and in transit. Information security can be achieved by using technologies such as encryption, which scrambles your data so that it cannot be read without a special key or password.

Most Common Threats to your Cyber Safety

Now that we have a basic understanding of cybersecurity, let us move on to the most common threats and attacks that you should be aware of in 2022.

Ransomware is a type of malware that encrypts your data and then demands payment to unlock it. It is most commonly used in phishing attacks where hackers send an email with an attachment containing the malicious code which infects your computer when opened.

Israeli cybersecurity giant, Check Point, reports a 93% surge in smart ransomware attacks over the past year and says that, just in the first half of 2021, Israel already saw an average of 2.5 times more cybersecurity attacks than globally. A more recent report suggests that Israel is the country most affected by ransomware since 2020 with a near 600% increase in reported ransomware attacks during the period.

According to Cybersecurity Ventures, their report predicts that the cost of ransomware damage will reach $265 Billion by 2031 and there will be a new attack every 2 seconds.

Phishing scams are another common type of attack to be vigilant about. They involve hackers sending emails that appear to be from reputable companies or organizations like banks, credit card companies, or online retailers. The emails usually contain a link or an attachment that, when opened, infects your computer with malware.

According to Cofense, to avoid falling victim to these scams, you should emphasize caution because it all boils down to the user’s behavior towards these phishing attempts. Human intelligence is the best defense against phishing attacks.

Social engineering attacks are most commonly used in phishing scams, but they can also be attempted through the phone or even in person. These types of attacks use psychology to convince people to give away their personal information or do something they shouldn’t, such as purchasing on an unsecured website, which could result in identity theft and financial loss.

According to Security Magazine, “Employees are still falling victim to social attacks. Financial pretexting and phishing represent 98 percent of social incidents and 93 percent of all breaches investigated.” The article stresses the need for employees to have cybersecurity education because companies are more likely to get breached by social attacks than via actual vulnerabilities.

A cloud attack is a type of data breach that occurs when an attacker gains access to your cloud-based services like email, social media platforms, or online banking accounts. Cloud attacks most commonly occur through phishing scams where hackers send emails that appear legitimate but contain links leading you back to their website, which infects your computer with malware upon visiting it.

According to IBM Security X-Force, half of the cloud security breaches are caused by simple issues. Checking basic configurations could avoid two-thirds of cloud security incidents.

Check Point emphasizes its commitment to cloud developers. They say that their acquisition of Israeli startup Spectral, an automated code security platform provider geared for developers, would deepen their existing cloud solution.

Now that we have taken a look at the most common cyber threats in 2022, let’s see what can be done to protect ourselves from them.

In this age where the internet connects everything, cybersecurity has become a critical part of modern life. Whether you are at home, work, or school, it is important to take the necessary precautions to protect yourself from cyber threats. Learning how to protect yourself or your company from cyber threats and making sure you are aware of the latest threats and solutions are also crucial.