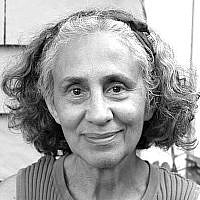 The Blogs
Leann Shamash
Author of the blog Words Have Wings
Apply for a Blog
Advertisement
Please note that the posts on The Blogs are contributed by third parties. The opinions, facts and any media content in them are presented solely by the authors, and neither The Times of Israel nor its partners assume any responsibility for them. Please contact us in case of abuse. In case of abuse,
Report this post. 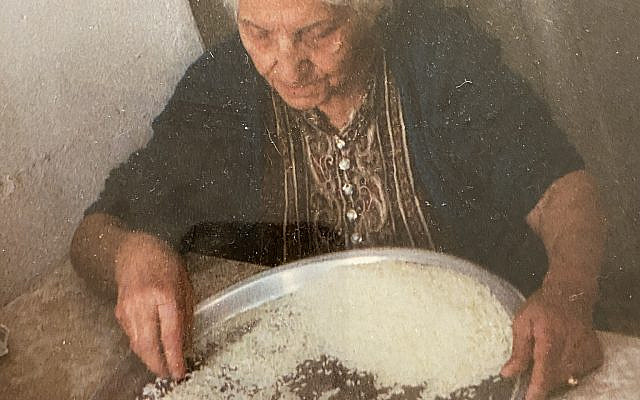 The story of Moses begins with brave women. Each of the women does something that requires guts and courage. Yocheved, Moses’ birth mother, his sister Miriam, and the midwives, Shifra and Puah, each contribute toward the civil disobedience necessary to save this child. The last of these women is Pharaoh’s daughter, who plucks Moses from the water. She gives Moses to Yocheved to be nursed and when he “has been weaned,” he returns to the daughter of Pharaoh who raises him as her own in the house of Pharaoh.

Pharaoh’s daughter is not named in the book of Exodus, but she was given a name by the rabbis. She is named Bat-Yah, the daughter of God.

The ode below is a reflection on motherhood and what the concept means. Motherhood can sometimes be more than the strong blood bond between mother and child.

This piece is dedicated to Batyah Shamash. She had the courage, as a mother, to let her children go to other lands to achieve what they could not in Iran. Batyah never learned to read or write. She did give birth to many daughters and sons who went on to learn and achieve. She released them to a better life.

It is fitting that the name Batyah means “daughter of God.” The Egyptian princess showed bravery and compassion when she took in a child in crisis and “became” his mother. Batyah Shamash, like Yocheved, was brave enough to let her children leave her and their land of birth for a better life. It is her azkarah (memorial) this week. She and the Egyptian princess share a name and have qualities in common. May their memories always be a blessing.

To Batya,
who boldly plucked a babe from the water.
Who chose life for him and thus created a nation.
Who did not birth him,
but loved him and led him down a path of self discovery.

To Yocheved and Miriam,
who taught us that mothers do not give up;
that bold ideas result from impossible situations

and even the most implausible scheme can sometimes succeed.
To Shifra and Puah,
who chose the path of resistance.
They modeled courage as they handed male children back to the arms of their mothers.
And to mothers who have the strength to let their children go.

There are still children in danger
who still need to be saved.
And there are still princesses,
old women,
young women
and those in between

who save them
to this very day.

Thank you.
Foster mothers who pluck children from the virtual Nile;
and give them shelter, a hand and a home.
Parents who adopt infants, toddlers and adolescents,
who build bridges of love that go to the future.
Women who bear children for others who cannot.

Grandparents, family and friends who bring up that child who needs a parent.
Teachers who open up worlds for children.

Mentors who connect and role model and open doors to possibility.

to those who build as mothers
whether they give birth to these children or not.

When the child grew up, she brought him to Pharaoh’s daughter, who made him her son. She named him Moses, “I drew him out of the water.” (Exodus 2:10, translation from Sefaria)

About the Author
After a career in Jewish education, Leann Shamash is the author of the blog Words Have Wings, which addresses the parsha of the week through poetry.
Related Topics
Related Posts
Leann Shamash