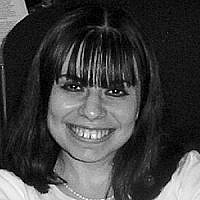 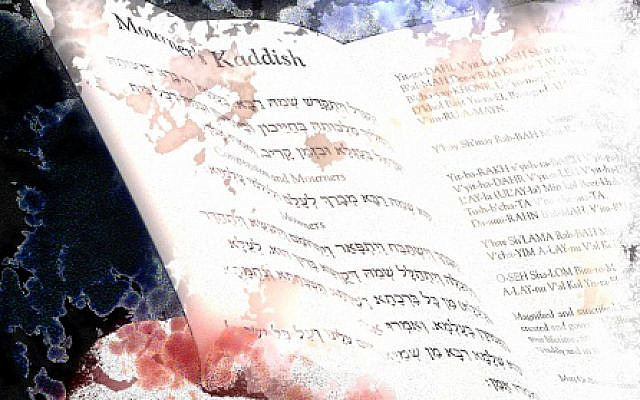 Yesterday was two months since my mother's funeral; Monday marked two months from her death. It has been the longest time in my life. (courtesy)

Yesterday was two months since my mother’s funeral; Monday marked two months from her death. It has been the longest time in my life. My mother and I always complained that time went too quickly but never have the days been so long; time feels like forever. My mother was not only my only family left but also my best friend; I told my mother after she would die, I would be all alone. Unfortunately, I was right.

After the shiva, everyone pretty much left. Nobody calls; nobody asks if I am OK. The occasional Facebook message around my birthday and then nothing does not cut it. Someone significant to me, whom I look up to immensely, made me a promise on the day my mother died and has not kept it. I am disappointed and disheartened; I am not OK at all. Yes, a few people still contact me, but unfortunately, everyone seems in a rush, as if they are doing the mitzvah of the day, and it has to be done as quickly as possible. I am only two months into the Jewish mourning period, but for all intents of purposes, everyone I know forgets that. A rabbi I spoke to at the end of December said I was only at the start of mourning; he was right.

I have only one friend stuck by me, but even with him, I cannot be myself. He cannot understand my loneliness without my mother; he equates it with his parents living half the year in Florida. He does not like to hear about sadness or negativity, but I have many obstacles. I cannot be sunshine and roses, it is not realistic, and I am a realist. As I said in my mother’s eulogy at the funeral, I will never be able to be myself ever around anyone ever again. People only bother with you if you fit their version of what they want you to be. My parents’ love was unconditional; my mother loved me infinitely.

Except maybe with children, one can never feel that same unconditional love again, and I have not been so lucky. There is a giant chasm that nobody even wants to understand, never mind trying to fill. I am not married, not because I did not want to be, but because I could not find someone to love me and accept me as me. I am strong-willed, independent, and unwilling to change myself for anyone or compromise on what matters most. I have principles that guide my life; to compromise them would be to compromise my core beliefs, which my parents instilled in me, my life code. I want a husband, a partner who shares a similar viewpoint and accepts me, not subjugating or stifling me. I need that more than ever now.

I refused to marry outside of Judaism, even now, as someone who expressed an interest in me who is not Jewish; I cannot come to grips with considering it even if it means I would remain lonely. If I did, I still would never be myself. My religious beliefs are what I have left, the Yiddishkeit my mother instilled, and it is my life and career. Even when community members have let me down, and they have, I know they do not define Judaism. The rabbis I know have helped me through losing my mother the most.

None of the people I know can imagine what it is not to have any family left; none can imagine the financial difficulties I am facing. My writing gave me personal satisfaction, but I needed more financial security. My mother and landlord believed my art would be my professional salvation. My mother said it was a god-given talent and I should use it. The only request I had of any of my so-called friends was to help me start an art business to survive and allow me to heal at home. They refused, saying they had no money or it was too much. Vacations gauge financial surplus; they are a luxury, not a necessity; I saw all the photos of my peers’ winter vacations on Facebook. My mother lived most of her adult life without vacations. I do not have enough money for food, not enough to pay to go to job interviews that are beyond walking distance. I cannot pay for all the necessities I need. To struggle at both ends with grief and poverty is almost impossible, and most people would never be able to take it.

In the background, as I apply for jobs, I have been binging old episodes of “One Tree Hill.” We often mock and dismiss the soapiness of the WB/CW shows because we believe they cater to teenagers. Still, teens are the most vulnerable, and these shows possess nuggets of wisdom that most people never achieve to comprehend. In season seven, Haley Scott lost her mother to cancer. She had a husband, a son, two sisters, two impressive careers, a phenomenal home, and loyal friends, yet she suffered depression. She drank; she set fire to her grand piano and even tried to drown herself in an attempt to feel. The dramatization depicted the sadness of losing the parent that loved us and understood us the most. She was told that children, her son Jamie, was there to compensate when losing a parent, but still, it was not enough of a comfort for her. Imagine what it would be without any of those crutches in my life, yet I have not even considered her actions.

This past weekend a parent of a group Bat Mitzvah girl, someone I have known since I was seven, posted on Facebook about the group’s mitzvah project. The children were selling cakes, which this so-called friend has a home business and makes, raising money for a children’s hospital and local animal shelter. I offered to give 20 percent of what I would make to the girls’ charities if the families bought a commissioned portrait commemorating their child’s milestone. It would have helped those charities immensely. Yet she called what I was offering solicitation instead of seeing that in helping me, she would have been doing two mitzvahs assisting the children’s charities and me, who is financially drowning. She could have paid it forward. All her friends and acquaintances have supported her business endeavors, she could have done the same, and throwing me a lifeline would have meant the world.

My friend told me to reach out to people not to feel alone. Others tell me to go out, walk, or take a class, but I am the type of person who feels alone in a crowded room. It feels superficial if the people in it do not have a personal connection to me. I am tired of reaching out to people who do not want to bother me; it becomes demoralizing. In Canada, on January 26, we have the annual Bell Media Let’s Talk Day to destigmatize mental health conditions and make it possible for people to ask for help when needed. People have mistaken the grieving process for depression, but it is a natural process; by labeling it, I am forced to put on this extra front on everything I have to deal with.

I have been stronger than I have ever thought possible; as my mother used to say, she is made of ayzn, iron in Yiddish. I inherited that from her, but that does not mean I do not still need people to reach out and help me from falling because I do. McGill history professor and Zionist thinker Gil Troy, who was also one of my university mentors, would sell his co-authored biography of Nathan Sharansky’s life, “Never Alone: Prison, Politics, and My People,” by saying no Jew is ever alone because the Jewish community surrounds and supports them. In Season 8, months later, Haley, on the mend, decides to pay it forward by working at a crisis phone line. There is a scene where a caller tells her, “The worst part is the loneliness, the crushing black loneliness that makes me feel like there is no magic left in the world.” Haley responds to the caller with some sage advice, “Sometimes when things seem the most desperate people find you, help is out there, you are not alone.” I hope that is true because I am still waiting.

About the Author
Bonnie K. Goodman, BA, MLIS is a librarian, historian, and journalist. She has a BA in History & Art History, an MLIS, Masters in Library and Information Studies both from McGill University. She has done graduate work in Jewish history at Concordia University as part of the MA in Judaic Studies program, where her thesis was entitled, "Unconditional Loyalty to the Cause: Southern Whiteness, Jewish Women, and Anti-Semitism, 1860-1913." She is the author of “Silver Boom! The Rise and Decline of Leadville, Colorado as the United States Silver Capital, 1860–1896,” and contributed the overviews and chronologies to the “History of American Presidential Elections, 1789–2008,” edited by Gil Troy, Arthur M. Schlesinger, and Fred L. Israel (2012). She is a former Features Editor at the History News Network and reporter at Examiner.com where she covered politics, universities, Judaism, and news. She has a dozen years of experience in education and political journalism. She is currently expanding her article about Confederate cabinet secretary Judah Benjamin "The Mysterious Prince of the Confederacy: Judah P. Benjamin and the Jewish goal of whiteness in the South" into a full-length biography.
Related Topics
Related Posts
Bonnie K. Goodman