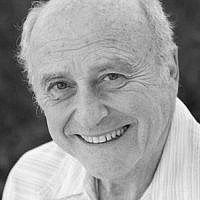 The anger, unjustified accusations, rage and occasional violence on both the right and left that darkened this year’s political campaigns and the days of vote-counting we have endured have done no good. Both the extreme right and the extreme left lost in this election, and both were twisted by anti-Israel and anti-Semitic postures.

President-Elect Joseph Biden, a right of center Democrat, historically cordial and supportive of Israel, won. The right lost more there than the left. But Republicans took two seats in the House of Representatives, not enough to end Democratic control, but a clear indication that many voters are leaning to the right. And that perception is certified by Republican dominance in numerous state legislature elections.

The proper response to those developments is not continued war between the sides but the recognition that their differences create opportunities for balanced progress. If all look past the difficulties that cost President Trump reelection–his denial of climate change, failure to correctly address the pandemic, support of racists and religious intolerance, mistaken approach to immigration, cordial attitudes toward dictators and autocrats and adversarial stances in relation to allies–we can find areas of significant accomplishment that deserve praise and further development.

Mr. Biden correctly sees himself as President-to-be not of Democrats but of all Americans. He can support citizens on the right by recognizing that President Trump improved Israel’s relations with its Arab neighbors by convincing the United Arab Emirates, Bahrain, Sudan and gradually emerging other Muslim nations to make explicit their previously covert relationships with Israel.

Not just peace but warm peace exists among the UAE, Bahrain and Israel, a precedent for improving the cold peace that obtains among the Jewish state, Egypt and Jordan. President Biden can acknowledge the fine work of Kelly Craft, the current Ambassador to the UN, and her excellent team of supporters, whose work he should undertake to enhance, perhaps by retaining them. All this can eventuate in the negotiated creation of a State of Palestine, warmly related to its neighbor and economic partner Israel.

President Biden can thus convey to Mr. Trump that he is appreciated for important accomplishments, and our country can move forward with right, center and left arguing constructively with each other and reaching compromises that may well be better than the singular positions of any of them.

There is an historical precedent for that. America’s first flawed President, the slave holder George Washington, recognized the usefulness of advisors whose values clashed. Indeed, they hated each other. Washington appointed Thomas Jefferson, a wealthy deist state’s-rights Virginia slaveholder, to be Secretary of State, and Alexander Hamilton, a Jewish Caribbean immigrant who advocated freedom for slaves and happened to be an economic genius, to be Secretary of the Treasury. The result was constructive arguments about policy that helped Washington to create an economically viable state that gained traction in the world and flourished.

Led by the balanced and trustworthy Mr. Biden. the United States today can gain international traction again. Dictators and autocrats can be held in check by reunited nations, East and West, in a refocused quest for shared prosperity that includes Israel and its Arab neighbors, the addressing of global problems like climate change and pandemics by scientific engagement and, through such cooperation, a movement toward world peace.

About the Author
Albert Wachtel , a professor at Pitzer College, one of the Claremont Colleges in Southern California, and writes essays on politics, social and literary situations and short stories, often concerning Jews and Israel.
Related Topics
Related Posts
Comments