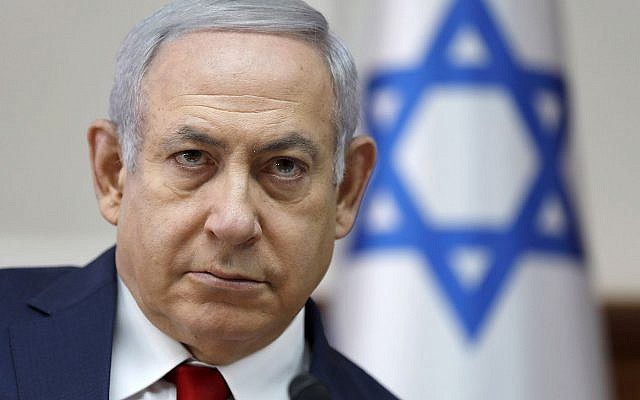 Israel’s current political crisis is not the product of a dysfunctional system nor of an inconclusive election, but of a paradox: the right has a majority, but its leader doesn’t. The reason for that paradox is that Benjamin Netanyahu has amassed too many enemies within his own political camp. Were it not for Avigdor Liberman’s revengefulness and for Moshe Ya’alon’s resentment, there would long have been a government – either of national unity or of right-wing and religious parties. Hence is Netanyahu the ultimate obstacle to the formation of a government. The only way to prevent a third election or, alternatively, to enable the formation of a government after a third election, is to elect a new Likud chair.

This statement is based on a cold assessment of the facts, not on my opinion on Netanyahu and on the controversy around him. Netanyahu’s supporters and opponents fight each other to death but in truth their arguments are unimportant: whether Netanyahu is guilty or innocent, and whether the police and Attorney General treated him fairly or not, the fact remains that Netanyahu will not be able to form a government after a third election for the same reason (explained above) that he has failed in his two previous attempts. The choice, therefore, is between keeping Netanyahu at the helm of Likud at the price of political paralysis and replacing Netanyahu to end the deadlock. That choice belongs to Likud’s registered members.

Likud members, including myself, will have to decide between maintaining Likud in power without Netanyahu and sticking with Netanyahu at any price – including at the price of losing power. Some would argue that this is a choice between loyalty and expediency. I disagree. Choosing a new Likud leader at this point would indeed be an act of realism but it would not amount to disloyalty because Netanyahu has been in power long enough, and because he has been a good prime minister but not an exceptional one.

Altogether, Netanyahu has served over thirteen years as prime minister. Not only has he broken the record of David Ben Gurion, but he is also approaching the record of Western heads of government. The record belongs to Germany’s Helmut Kohl (sixteen years) and might soon be shared by Angela Merkel (assuming she completes her final term). In Britain, Margaret Thatcher had to step down after eleven years in Downing Street because the conservative party defenestrated her when she became an electoral liability. Tony Blair kept his word of quitting after ten years in office (one decade, he correctly argued, was more than enough to leave one’s mark).

Even if Netanyahu had not been charged with bribery, fraud, and breach of trust, and even if he had not failed twice to form a government, would he deserve another term? I cannot think of a good reason to answer that question positively. Netanyahu is brilliant and charismatic. On his watch, Israel has enjoyed economic growth and relative security (though Israel’s southern residents would admittedly beg to differ). Netanyahu’s greatest achievement is arguably the deconstruction of the Oslo narrative (i.e. that Israel’s international standing depends on its concessions to the Palestinians). To his credit, Netanyahu has upgraded Israel’s international relations without mortgaging the country’s security.

But Netanyahu is far for being the exceptional statesman described by his admirers. His oratory surpasses his achievements. He hasn’t even tried to restore the system of checks-and-balances overhauled by Aharon Barak’s “constitutional revolution.” He has done precious little to break-up the monopolies that make Israel so expensive, and he has given the finance portfolio to populists who’ve left Israel in a huge budget deficit. He wrote a book on fighting terrorism but has freed terrorists with blood on their hands. He spoke against the 2005 withdrawal from Gaza but voted in favour. He has built personal ties with world leaders but has dried out Israel’s foreign ministry. He has convinced President Trump to impose new sanctions on Iran but not to react to Iran’s provocations. Despite my criticism, I still think that Netanyahu’s overall record is positive. But it is not positive enough to justify another term in office, especially in the current circumstances.

I wish Netanyahu to prove his innocence in court and to clear his name. But it is for him to tilt the judgement of history in his favour by stopping to keep his party and his country hostages of a short-term and hopeless survival tactic.

About the Author
Dr. Emmanuel Navon is an international relations expert who teaches at Tel-Aviv University (TAU) and at the Herzliya Interdisciplinary Center (IDC). He is a Fellow at the Jerusalem Institute for Strategy and Security (JISS) and at the Kohelet Policy Forum, and a Senior Analyst for i24News. His forthcoming book is "The Star and the Scepter: A Diplomatic History of Israel" (The Jewish Publication Society).
Related Topics
Related Posts
Comments