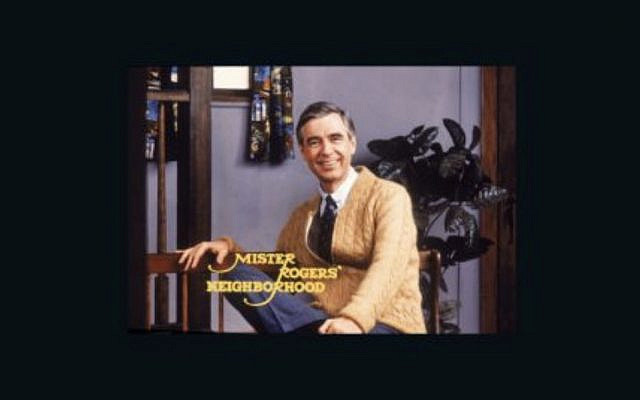 In the wake of another incomprehensible school shooting – this time leaving 21 children and teachers in Uvalde, Texas –  I cannot help but think of Mister Rogers, z’l, of blessed memory. Fred McFeely Rogers (March 20, 1928 – February 27, 2003) was an American television host, author, producer, and Presbyterian minister. He was the creator, showrunner, and host of the preschool television series Mister Rogers’ Neighborhood, which ran from 1968 to 2001, and which still plays regularly on DVDs in my home for my young children.

What would Mister Rogers say in the wake of this school shooting? I cannot presume to know for certain, but I also cannot help but hear in my mind his famous message as a death penalty abolitionist, as recalled by his public relations director, David Newell:

“It just sends a horribly wrong message to children,” Mr. Newell stated. “For Fred, a lot of it comes down to this: ‘What are our children learning from us when we model that this is an appropriate way of responding to societal problems?'” https://www.mail-archive.com/antinato@topica.com/msg08192.html?fbclid=IwAR0PSVSfurn1sBZygSWuNNaCmuFXOrJP4aU331QppoY6e2Xt3H4fDs6UGmE

We Americans live in a culture where our government – at the very highest level – sanctions state murder as vengeance. Recently, the Supreme Court – the highest court in our land even handed down a ruling implying (not for the first time) that it is legal for our government to execute innocent human beings. If you refuse to believe this, please read this:

https://deathpenaltyinfo.org/news/legal-analysts-blast-supreme-court-ruling-denying-prisoners-who-were-incompetently-represented-in-state-courts-access-to-federal-courts-to-prove-innocence-constitutional-violations?fbclid=IwAR0z1e1OTXstdjy3JZgUwTOun83ly0tDTL8GoapH_JJqguOQSlTpTAzw210&fs=e&s=cl It should come as NO surprise that this implicit societal message that there are times that killing is okay percolates into the minds of our children and young adults who go out with the intention of murdering others.

And yet, as Mr. Rogers would no doubt agree, there is hope. Consider how he also famously invoked the Jewish notion of Tikkun Olam – Repairing the World – in the wake of another horror: September 11, 2001. In what would end up being less than two years before his passing, Mr. Rogers briefly came out of retirement to host a TV special in which he declared: “We are all called to be ‘Tikkun Olam,’ repairers of creation.” Bonnie Azoulay commented poignantly about this in The Forward, surmising that it may have been “Rogers’ unfailing optimism which connected him to this Jewish value. Even in the darkest moments, he would look for a silver lining.”

Mr. Rogers’ invocation of Tikkun Olam reminds me of still one other of his famous quotes:

“When I was a boy, and I would see scary things in the news,” he recalled, “my mother would say to me, ‘Look for the helpers. You will always find people who are helping.'”

And so, I envision that the neshama/soul of Mr. Rogers now is looking for the helpers: those of us who seek to replace hatred, violence and killing in ALL their forms with the spirit of lovingkindness, peace and mercy that he personified for so many of us. It will take reform in many arenas of American society and culture to stop future mass shootings. One of these, certainly, is comprehensive gun reform. I will maintain until my dying day, however, that another is the abolition of the use of state-sponsored killing to quench a culturally-inherited bloodlust.

In this way, I have NO DOUBT, that Mr. Rogers’ neshama is toasting the work of death penalty abolitionists everywhere as we seek to remove from our land the model that we teach our children of dancing with the Angel of Death.