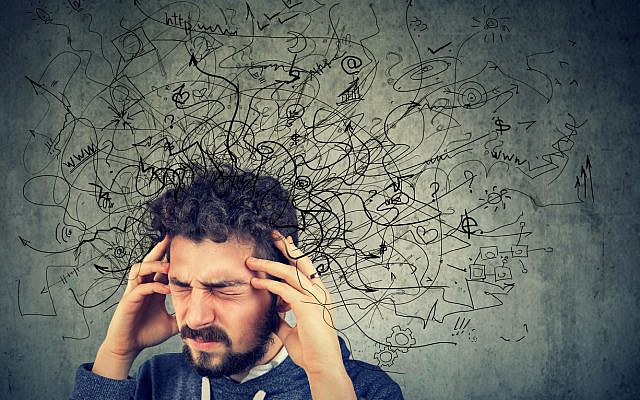 The first suspect is playing it cool. He just sits there sipping on his juice with that stone cold poker face. He finishes it in a gulp, raises the plastic cup up and taps at the bottom to free any last drops of juice. He’s got all the time in the world.

“More.” He pushes the plastic cup in my direction

“First, I need some answers. Where is it? Where is IT?” I ask, increasingly irate. I’ve lost patience with this act and I’m going from good cop to bad cop mid-sentence.

“More!” He mirrors my escalating emotion. What kind of sick game is he playing?

The investigation has consumed my every waking minute. I don’t tell anyone, but deep down, I suspect myself. I mean, stranger things have happened and I can’t conduct a proper investigation until I rule out ALL possible suspects, myself included.

But how could I have done it? The mere thought sends me into an anxiety-laden spiral. It’s a house of cards, the whole thing. I feel like I’m losing whatever shred of sanity is left after two years of pandemic and now a bloody massacre in Ukraine. Why does it even matter? It seems such an insignificant event when contrasted with the dumpster fire blazing around the world.

But what if it was me? I mean, it would force me to question almost everything. What else had I done to hurt myself? What other forms of masochistic punishment had I inflicted upon myself and, perhaps, as I am doing now, for which I had accused others? Do I hate myself this much? This investigation, which I initiated to get resolution, had only raised questions.

The second suspect doesn’t even look up from his phone. Isn’t he too young to be doom-scrolling TikTok? I sneak a peek at his phone; he’s watching a clip from Family Guy. It’s the episode where Meg is hiding a convicted felon in her bedroom. The suspect laughs at a joke with sexual undertones and I wonder how he gets the joke. Does he get it? Isn’t he too young?

“Where is it?” I ask again, still distracted by his laughter.

“Where is what?” he asks, not even looking up from the screen.

They never look up from the screen. I say they, and it seems like a sweeping generalization. But it isn’t. No one looks up anymore, not anyone his age. Their eyes are fixed on the seven-second-or-less clips with a cacophony of human/android voices booming incoherent sound bytes like Helicopter, Helicopter or Unkahhhhht Jaaaaaaaaams.

The TV is on. I call it a “TV” because I’m old. It’s just a big LCD monitor connected to his laptop. He’s watching Space Jam on Netflix while scrolling TikTok and eating a chocolate matzo. The crumbs fall like rain on the carpet. There’s no way this kid took it. He’s too distracted.

I lay in bed at night trying to assemble a reasonable timeline of events. It’s been missing for about two weeks now. I grab my wife’s calendar — she has one of those analog style paper calendars on which she writes, in pencil, the names, places, and hours of her meetings, errands, or deadlines. The last time I saw it was on a Friday. A chill runs down my spine. It went missing the same exact day I decided to rage-quit my antidepressants. I can’t see an immediate connection between the two events, beyond casting further doubt on my mental state, and, perhaps, my complicity in the event.

The days and nights following my release from the shackles of my meds were remarkably uneventful; I had some stomach pains, some fatigue, but I experienced none of the withdrawal side effects listed on the Mayo clinic’s website.

None, except, well, being depressed again.

If I did it, if I’m the culprit, I have no recollection of ever doing it. That’s the scary part. If I can do something like this and then manage to completely block it out, suppress it, hide it from myself, there’s no telling what else I’m capable of. I imagine an alternate reality in my head in which I recreate the crime scene and, in a moment of carelessness, I throw it away.

The final suspect is my wife. She’s a kind woman and would never do anything to hurt me, but (and there’s always a but) a few weeks before the disappearance, while sitting together in the living room on a Friday afternoon sipping coffee, she takes one look at it and says:

“It’s so hideous. I should just trash it.”

I confront her now with that seemingly innocuous comment. It seems to me now, in light of recent events, a confession.

“You said, and I quote…” I begin to repeat her now infamous proclamation.

“I know what I said, but I would NEVER actually do it.”

We had spent the better part of Saturday scouring the house for it. Nothing. Not a trace. Poof. Vanished into thin air.

“Maybe you threw it out and you just forgot.”

Is she gaslighting me? Why on earth would I throw it out? Or is this her ploy to confuse and befuddle me and cause me to question my own sanity?

We moved into our apartment in 2016. The place was a dump and required a whole box of latex gloves, two jugs of bleach, and an assortment of other cleaning supplies. There was an abandoned refrigerator on the balcony, left by the previous tenants, which produced an odor so nasty we needed to wear masks. Turns out there was a dead pigeon underneath.

The sun is rising as we finish making the apartment habitable. We’re officially moving in that morning and I could use a cup of coffee. I look around for a plastic cup but can’t find any clean ones. I remember the present my old man brought back from his recent trip to the Olympics in Rio. A hideously orange mug, with the Olympics logo and the year. 2016.

“I thought you were going to give that ugly thing away.” She says as she sees me boiling the water.

I measure out the coffee, the sugar and pour the milk.

There’s something about the size, the make and the texture of the mug that makes the coffee taste like heaven.

A video I made while searching for the lost artifact