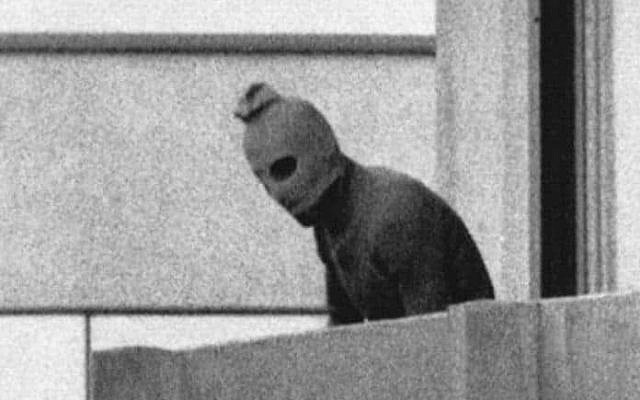 A few years ago, I traveled from Israel to the US with a layover in Munich.  I had never been to Germany.  Germany, and its history vis a vis Jews, is not only not of interest, but the idea of being there makes me uncomfortable.  Nevertheless, the best itinerary was through Munich. I rationalized that I wasn’t leaving the airport.

After landing, I made my way toward the connecting flight’s gate.  I was surprised that although I hadn’t left the airport, there was additional security for passengers on connecting flights.  I understand now that this is not uncommon, that no airport that serves as a hub for connecting international flights can necessarily rely on the originating airport’s security.

However, I was arriving from Israel; the airport and country arguably with the most sophisticated level of security in the world.  Bother me with scanning my carry on?  Take away items that were fine to fly with in Tel Aviv?  How annoying and unsophisticated.  It felt that rather than being effective in catching terrorists, it was just a systematic delay to get to my connecting flight.

I kept thinking, “If they had this level of security and cared enough in 1972, people would only know Munich as an airport hub, not as the site of one of the world’s most egregious and horrific terror attacks.”

To me, Munich is and always will be defined by the Palestinian Arab hostage taking, terror attack, botched rescue, and murder of 11 Israeli athletes 48 years ago this week at the Munich Olympics.  For a country known for its precision, Germany’s lack of preparedness was particularly egregious.  Its unimaginable how three decades before when they had made genocide systematic that they were unable, or unwilling, to protect the athletes. 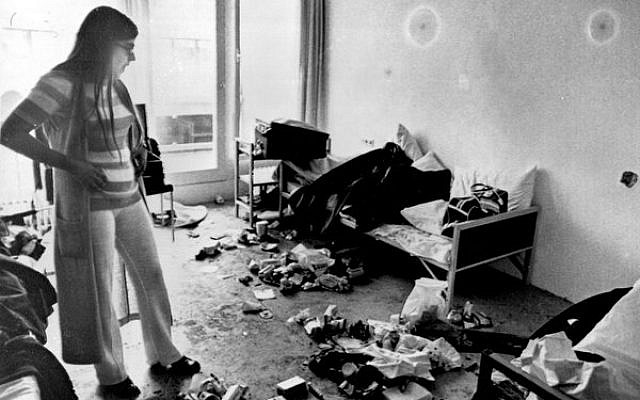 The 1972 Olympics were used to rehabilitate Germany’s image as a kinder and gentler Germany. Security was largely unobtrusive, undercover, and unarmed, mostly prepared to deal with unrest in the form of ticket scalpers and public disorder. The head of the Israeli delegation, Shmuel Lalki, expressed concern about the Israeli team’s accommodations on the ground floor of a small building close to a gate, making them particularly vulnerable. German authorities supposedly promised extra security.

After murdering two of the 11 Israeli athletes immediately, they took the nine additional members of the Israeli Olympic team hostage, with demands of safe passage out of Germany and that Israel release 234 Palestinian Arab prisoners in Israel jails as well as the German-held founders of the Red Army Faction, Andreas Baader and Ulrike Meinhof.

Israeli Prime Minister Golda Meir appealed to other countries to “save our citizens and condemn the unspeakable criminal acts committed,” also noting, “if we should give in, no Israeli anywhere in the world shall feel that his life is safe … it’s blackmail of the worst kind.”

Munich is a long, bungled, and murky story.  Allegations of poor planning, refusing Israel’s assistance, incompetence in the rescue, and even having advanced knowledge which they covered up, all plague Germany today. Adding to perception of incompetence was a sense of German indifference that the hostages/victims were Jews.  This perception increased by the immediate release of the bodies of the dead terrorists, and of the survivors two months later, to a heroes’ welcome in Libya.

In Munich, the games and athletes carried on as normal, oblivious to or indifferent about the attack taking place nearby. The games continued until pressure on the IOC forced a suspension, some twelve hours after the first athlete had been murdered.

Twelve hours after the attack began, German police with no experience in hostage rescue were dispatched to the Olympic Village.  Stupidly, their presence was filmed and broadcast on live television, enabling the terrorists to watch the police prepare to attack.

German negotiators demanded direct contact with the hostages to show that the Israelis were alive. Fencing coach Andre Spitzer, who spoke fluent German, and shooting coach Kehat Shorr, the senior member of the Israeli delegation, spoke briefly with German officials from a second-floor window. When Spitzer attempted to answer a question, he was clubbed with the butt of a rifle, also filmed on live television, and dragged from the window.

While all this was happening, news reports, indicated that the hostages were alive, and that the terrorists had been killed.  American broadcaster Jim McKay was reporting live when he received confirmation of the massacre. “We just got the final word … you know, when I was a kid, my father used to say, ‘Our greatest hopes and our worst fears are seldom realized.’ Our worst fears have been realized tonight. They’ve now said that there were eleven hostages. Two were killed in their rooms yesterday morning, nine were killed at the airport tonight. They’re all gone.”

Following a September 6 memorial that was criticized for sparse reference to the Israeli victims, the remaining Israeli athletes left Germany. Jewish athletes from other counties also left, or were provided extra security.

For decades, families of some victims appealed to the IOC to establish a permanent memorial. For decades, the IOC declined, worried that a memorial to the victims could “alienate other members of the Olympic community,” according to the BBC.

The IOC rejected an international campaign in support of a minute of silence at the opening ceremony of the 2012 London Olympics in memory of the Israeli victims on the massacre’s 40th anniversary. Finally, the IOC conceded, honoring the Israeli victims before the 2016 Rio games.

Israel was well accustomed to war and terror.  Its response was particularly resolute.  Citing justice, and that Israelis would not be safe anywhere, Golda Meir authorized Operation Grapes of Wrath, and the Mossad began to track down and kill those responsible for the Munich massacre.

Years later, one of the masterminds who escaped justice, Abu Daoud, wrote that funding for the Munich attack was provided by Mahmoud Abbas, Palestinian Authority president since 2005.  Had Israel known about that then, it’s possible that Abbas would also have been eliminated along with the other masterminds.  Now, he’s President of an entity next to Israel that still supports terror.

The ghosts of Munich have also haunt US politics. Today, a candidate for Congress, Ammar Campa-Najjar, is the grandson of Muhammad Yusuf al-Najjar, a mastermind of the Munich terrorist attack. While repudiating his grandfather’s actions, other Campa-Najjar statements have raised questions over how true that is. 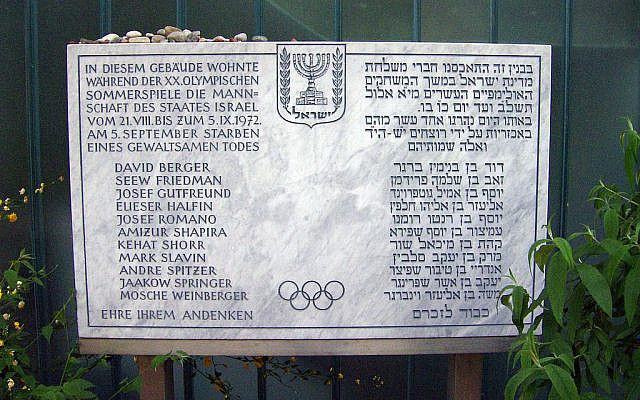 It’s inappropriate to write of the victims and not mention their names.  Each led a full life, and left behind families and legacies that should not be forgotten, even five decades later: David Berger, Zeev Friedman, Yosef Gutfreund, Eliezer Halfin, Yosef Romano, Amitzur Shapira, Kehat Shorr, Mark Slavin, Andre Spitzer, Yakov Springer, and Moshe Weinberger.

In their memory, the Genesis 123 Foundation will be holding a webinar on September 9 with two current Israeli Olympians and the widow of Andre Spitzer.  For information or to register please visit this page.