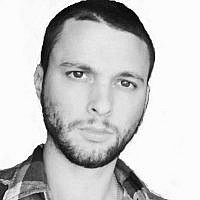 The Blogs
Nick R. Lieber
Apply for a Blog
Advertisement
Please note that the posts on The Blogs are contributed by third parties. The opinions, facts and any media content in them are presented solely by the authors, and neither The Times of Israel nor its partners assume any responsibility for them. Please contact us in case of abuse. In case of abuse,
Report this post.

When we saw the article “Radiohead announce Israel gig despite industry boycott,” we at Creative Community For Peace (CCFP) — an organization comprised of prominent members of the entertainment industry dedicated to promoting the arts as a means to peace and to countering the attempted cultural boycott of Israel — couldn’t help but ask ourselves, “What industry boycott?”

Despite the many groups and individuals calling very loudly for a cultural boycott of Israel — as part of the strategy of the Boycott, Divestment, and Sanctions (BDS) movement to isolate Israel and ultimately eliminate it as the Jewish state — more than 800 international artists, from all corners of the industry, have performed in Israel over the last 5 years.

And the list of big names who have scheduled shows in Israel in 2017 already includes Aerosmith, Guns N’ Roses, Rod Stewart, the Pixies, and, of course, Radiohead. More are sure to come, especially now that Live Nation has acquired a majority stake in the Israeli production company Bluestone to launch Ticketmaster Israel.

Though every one of these artists, and the hundreds of others who chose to perform in Israel, received pressure from BDS activists to cancel their shows — in the form of petitions, open letters, email campaigns, and especially barrages of inflammatory pressure on social media — they held firm and went ahead with their concerts.

Why? Because they know what we know; that music is the shared language of humanity. It transcends differences and brings us together in ways nothing else can. Musicians should never be held captive to a narrow and discriminatory political agenda, like that of the BDS movement.

Furthermore, the movement for a cultural boycott of Israel is, through its efforts to keep Israelis and Palestinians apart, anathema to a long desired and sorely needed peace. The misinformation and distortions the movement is built upon dampen hope for rational discourse. And, through the tactics of intimidation so often used by its proponents, the movement attempts to hamper artistic freedom. It is rightly rejected by the majority of the entertainment industry.

We are proud of our industry for continuing to build bridges and shun boycotts.