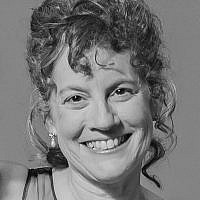 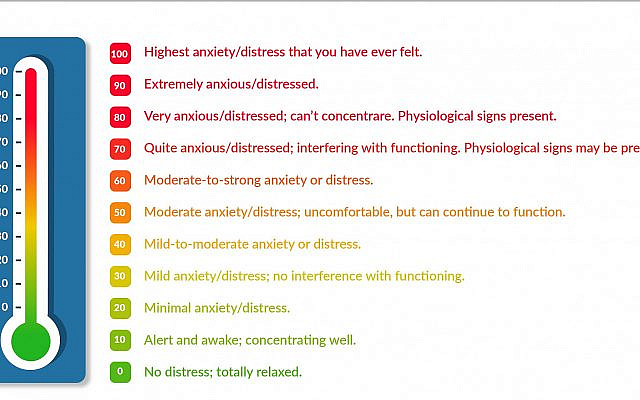 I have anxiety – not enough that it’s a problem, but it’s usually there bubbling beneath the surface. And from what I’ve read, it seems the COVID-19 pandemic has elevated everyone’s anxiety levels, especially those of our children. But if you are aware of what’s going on around you, across the nation, or even in other countries, you probably should have anxiety. There’s a lot going on, and a lot of it isn’t good.

One place that can cause me anxiety is a place you wouldn’t expect – our synagogue. Don’t get me wrong; I’m not putting down our synagogue in the least, as ours happens to be a wonderful, loving, warm place. And I know it is meant as a place of worship, peace, reflection, spirituality, community, and all those good things. But when I enter the synagogue and pass the security guard, rather than feel a sense of security, I instead wonder if one person is enough to cover the job, and are all the outside doors around the building locked, and would people be able to identify an unwanted stranger, even with all our safety protocols?

In the movie theaters before a film, they tell you to look for the nearest exit. I do the same thing in our sanctuary. And then I also think about the incident in Colleyville, Texas in January of this year where four people were taken hostage, one of them being a rabbi. Thank goodness the rabbi had training and knew what exactly to do so that none of the hostages were harmed. But as I sit in our sanctuary, I can’t help but wonder how we would handle such an event.

In a September 2019 article in Hadassah Magazine titled, “Active Security: The Gun Debate Comes to the Synagogue,” people were interviewed who are both in favor of and against congregants arming themselves. It never occurred to me that a congregant would come to services bearing a weapon in his or her pocket, purse or tallit bag. Just the thought of that causes me even more anxiety! I only see that action as making things worse should there be an event.

And I hold the same views as it relates to schoolteachers arming themselves within  classrooms or any group of people for that matter. My anxiety barometer is rising at this thought.

Thank goodness the federal government through FEMA enacted the Nonprofit Security Grant Program (supported by local Hadassah branches) where synagogues and other non-profit institutions could receive grant money “to provide support for target hardening and other physical security enhancements and activities, to include planning and training, to nonprofit organizations that are at high risk of terrorist attack.”  That is “putting your money where your mouth is” and providing the support that is unfortunately so necessary around the country. But will it help alleviate my anxiety? Or your anxiety if you have it?

There are several prayers read during Shabbat and High Holy Days services that cause me anxiety as well. Again, not ones you might expect.

The first one is the mishaberach prayer for healing. In the middle of the prayer, a list of the infirmed or those needing treatment are read. I get upset when I hear a name that I didn’t expect, especially if I know the person. I get upset when a name is removed because the person didn’t make it. Again, don’t get me wrong. This is a beautiful prayer, and I always pray for everyone, whether I know them or not. But sometimes this list just goes on way too long, as in for a full 60 seconds sometimes. I believe my synagogue tries to balance this out by announcing happy occasions and good things as well. But this one prayer always seems stuck in my head.

Then there’s the prayer for the State of Israel. You wouldn’t think this would be bothersome at all, would you?

Avinu she-ba-shamayim, stronghold and redeemer of the people Israel: Bless the State of Israel, [that it may be] the beginning of our redemption. Shield it with Your love; spread over it the shelter of Your peace. Guide its leaders and advisors with Your light and Your truth. Help them with Your good counsel. Strengthen the hands of those who defend our holy land. Deliver them; crown their efforts with triumph. Bless the land with peace, and its inhabitants with lasting joy. And let us say: Amen.

I find this prayer song even more moving in Hebrew. I always join in on the singing of this vibrant, authentic supplication. The prayer also reminds me of the strife and danger in Eretz Yisrael. I cry silently during this prayer when rockets are detonated in the Holy Land and women, children, and so many people are scrambling to bomb shelters. I felt trepidation when there was chaos in the government as one prime minister replaced another. I tear up when there is a shooting, bombing or any violence and innocent people are killed or injured. My anxiety barometer goes up when a terrorist organization makes a threat against Israel, or you hear of a country (any country really) who is ramping up their nuclear weapons arsenal. Need I go on? Yes, we must always pray for peace, in Israel and everywhere, and fervently so. But the thoughts give me shivers.

Thankfully, Israel has some staunch supporters, such as Hadassah whose mission is to support Israel and advocate for:

In addition to uttering a prayer, I know I can log on to Hadassah’s website and easily complete a form to show my support for any of these important issues.

Lastly, the Prayer for our Country (and also our government) evokes more feelings in me.

A Prayer for Our Country:

“Our God and God of our ancestors, with mercy accept our prayer on behalf of our country and its government. Pour out Your blessings upon this land, upon its inhabitants, upon its leaders, judge and officials, who faithfully devote themselves to the needs of the public. Help them understand the rules of justice You have decreed, so that peace and security, happiness and freedom, will never depart from this land.

Adonai, God whose spirit is in all creatures, we pray that Your spirit be awakened within all inhabitants of our land. Uproot from our hearts hatred and malice, jealousy and strife. Plant love and companionship, peace and friendship, among the many peoples and faiths who dwell in our nation. Grant us the knowledge to judge justly, the wisdom to act with compassion, and the understanding and the courage to root out poverty from our land.

May it be Your will that our land be a blessing to all who dwell on earth, and may You cause all peoples to dwell in friendship and freedom. Speedily fulfill the vision of Your prophets: “Nation shall not lift sword against nation, neither shall they learn war anymore.” “For all of them, from the least of them to the greatest, shall know Me.” “And let us say: Amen.”

I find this prayer to be very moving and applicable just as much today as it was in ages past. “May it be Your will that our land be a blessing to all who dwell on earth” reminds me of my ancestors who fled persecution and came to this country many generations before me. (And the Statue of Liberty flashes through my mind!)

There are actions most of us can take to “…root out poverty from our land.” Just do a search for social action and food insecurity on the internet. In a Hadassah Magazine article titled “Living on the Edge of Food Insecurity” in November 2021, Cathryn Prince writes, “In the United States, 40 million people face food insecurity, according to the United States Department of Agriculture.” And with the Prayer for our country (and our government) still in mind, the article also states,

“While charities and nonprofits fill an essential role when it comes to alleviating food insecurity, it can only end if the government approaches the issue in a fully committed bipartisan fashion,” MAZON’s Leibman said. “More people in government have to realize that food insecurity is not the individual’s fault and that we have an obligation to help those who are struggling.”

How about “Plant love and companionship, peace and friendship, among the many peoples and faiths who dwell in our nation”? Is that not in some part a call to end antisemitism, racism, and any other form of hate?

But after the January 6th insurrection, this prayer made me cry once again. “Help them to understand the rules of justice You have decreed, so that peace and security, happiness and freedom, will never depart from our land.” Although “them” refers to the “leaders, its judges, officers, and officials, who faithfully devote themselves to the needs of the public” written in the previous line, it nevertheless makes me think of the insurgents who attempted to violently stop the democratic process on that fateful day. Perhaps if they had understood the rules of justice and a few other principles, the event could have been avoided and people wouldn’t have been hurt.

That particular line also makes me think of the Supreme Court justices (and all the other judges in our country) who must make crucial decisions every day on the bench. Dare I even broach the topic of Roe vs. Wade and the entire abortion debate? I can only continue to pray that they and we can “judge justly…(and) act with compassion.”

I would assume that praying and prayers should be calming. And for me, it can be. But it also causes all these thoughts to swirl in my head. But isn’t that good too? Shouldn’t we use this moment to feel and think and improve? I hope that you get meaning out of synagogue services as much as I do. Actually, come to think of it, I hope you go to services, at least every now and then, as I find the synagogue services and programs have a lot to offer, minus the anxiety.