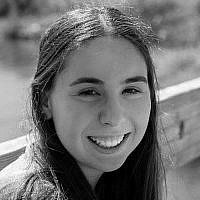 The Blogs
Jordana Schiff
Apply for a Blog
Advertisement
Please note that the posts on The Blogs are contributed by third parties. The opinions, facts and any media content in them are presented solely by the authors, and neither The Times of Israel nor its partners assume any responsibility for them. Please contact us in case of abuse. In case of abuse,
Report this post. 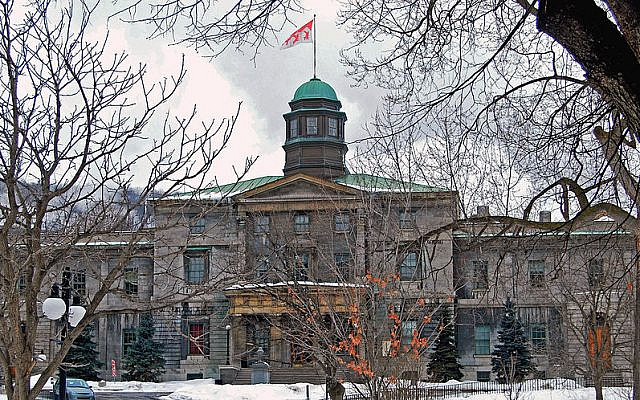 McGill University (by Paul Lowry [CC BY 2.0], via Wikimedia Commons)

Academia is no longer a welcoming place for all opinions; instead, it’s a place that perpetuates the opinions of certain ‘elite’ academics. While completing my first semester of my master’s degree at Tel Aviv University, I have been reflecting on my undergraduate experience at McGill University in Montréal, Canada. I am so grateful for all that McGill has given to me, and while I feel privileged to have received my bachelor’s degree from such an institution, I am unsure if it was worth all that I had to endure. When I think back to my time in undergrad, I think about how much of myself I lost – I feared expressing my identity and my beliefs in my classes. This is due, in part, to the hostile learning environment that many professors fostered in the classroom. Professors wield great power in the classroom; today, many abuse their power, infringing upon the academic freedom and disrespecting the ideological diversity of those they are meant to educate.

As a proud Jewish student, I faced a tremendous amount of hate during my time at McGill. As much as I wish the problem was solely with McGill, it is not. As universities become more and more close-minded, they become increasingly unsafe for Jewish students – or any student looking for true academic freedom. Our academic institutions are being hijacked by professors and it is no longer tolerable. A quick search online will lead to many sources highlighting the increase of antisemitism on campuses throughout North America.

I come from an Orthodox Jewish background and attended Jewish day school through high school. I received serious pushback from both my family and my teachers when I decided to attend McGill. They told me that McGill was not a welcome place for Jewish students because they had heard that McGill had serious issues with antisemitism. As an independent thinker and ambitious teenager, I was determined to attend the school of my dreams, the school for which I had studied French for four years in hopes of attending, and the school in the city where my mother was raised. Looking back, I wish that I had listened to what they had to say.

In my four years, I have faced numerous obstacles that I – or anyone – should not have had to face. Jewish students should not have to maneuver around so many roadblocks just to receive an education. We should not fear for our safety in class simply because we are Jewish or Zionist. And we should be free to take courses in every department.

People often ask me what I expected from my professors as an Islamic Studies and Political Science Major – as if I am just supposed to have accepted antisemitic statements against Israel, as if it is to be expected in such departments. I take offense to that! I expect, as should all, that the education we pay to receive will be grounded in facts and fairness, not personal agendas and prejudices. I should not have had to sit through videos in class peddling the false narrative that Israel is a country that has vowed to destroy its Arab neighbors, has created Islamophobia because of its hatred for the Arabs, and has passed on that Islamophobia to its close ally, the United States. I took three courses with the professor who showed my class this video – at the start of each semester, without fail, he showed this same video to give us an “informative” summary of Islamophobia. Another professor avoided lecturing on Israel entirely, claiming that it was too complicated a matter. Yet, predictably, he discussed Palestine in depth, labeling Israel as its total oppressor without providing any context. I chose my courses because I wanted to broaden my academic perspective, but I fail to understand, four years later, how any of this propaganda qualifies as scholarship.

In my last semester, I took a class on Palestinian history in an attempt to broaden my horizons. In the first lecture, a peer asked the professor about Jewish indigeneity to the land of Israel. She responded with the statement that, “the framework of this course would be that Israel is a ‘colonial settler project.” That was the end of the discussion. This professor shut down any chance of a nuanced or balanced conversation and instantly painted Israel as the villian. As the grades in this class were based entirely upon class discussion, numerous short papers, and a final paper, I felt I was put in an impossible position. How was I to participate in a class operating under the assumption that my people’s pursuit of self-determination was nothing but a “colonial settler project”? My options seemed to be to either sacrifice my grades to express my opinions and beliefs or sacrifice my beliefs and opinions to save my grades. My university was not a safe place. I tried to avoid delegitimizing Israel. Yet, with the incredibly biased class material I found crossing the line unavoidable if I wanted to succeed. I was forced to choose and ultimately chose my grades. I justified myself internally with the belief that I came here to excel academically, what’s the point in failing for my beliefs?

I’m deeply troubled by my personal experiences with antisemitism in the classroom at McGill. I’m particularly bothered that all of these instances have involved professors. Professors possess an air of authority and expertise; after all, they are the ones we are paying to educate us. They have the unique ability to shape our young impressionable minds. This huge responsibility is being abused. Professors present their opinions as fact, forcing their own narratives onto us. To a student who is uneducated on a certain topic, which is often the case, they take what the professor says at face value. Instead of fostering an atmosphere that welcomes diverse opinions and allows students to arrive at their own conclusions, the professors push their agenda onto us, leaving no room for doubt or discussion.

How did we get here and what can we do to move forward and allow the pursuit of academic freedom in class? How can we get professors to stop preaching one-sided hatred as facts instead of imploring students to study and understand issues before forming opinions? Why do professors receive a carte-blanche to attack students’ identities in the name of academia? And what role do our institutions hold in achieving these goals?

Alone, I cannot do much. Individual actions may help, but as members of society, whether Jewish or not, we must all work to guarantee the freedoms of all, especially in our higher education institutions. Our universities are molding the future leaders of the world; these leaders will have been shaped by the twisted values and half-truths their college professors instilled in them. We must weed out hatred and make it clear that antisemitism should never be tolerated, no matter the source. If we do not stop it, when will it end? Will my children have to endure the same obstacles as I did in the name of education? I certainly hope not.

As I venture out into the world, I am sad that my time at McGill is over. College was an amazing experience and I grew and learned so much. I hope that the current and future generations of Jewish students will be able to thrive at McGill, or any higher education institution, without feeling the need to hide their identity and beliefs in the classroom just to succeed, without fearing for their safety, and without needing to defend their humanity and right to exist.

About the Author
Jordana graduated with a double major in Political Science and Islamic and Middle Eastern studies from McGill University. She made Aliyah and is currently studying for her Masters in Security and Diplomacy at Tel Aviv University. During her time at McGill University, she was looked upon by her peers as a leader both in the Jewish community and in the struggle against antisemitism on campus. Jordana co-founded the Rimon Movement a student-led Israel education organization. For her, Rimon is crucial because she wants students to have the foundation to defend themselves, and their peers, from antisemitism in a confident, passionate, and educated manner. She hopes to inspire others with her passion for Israel and Judaism.
Related Topics
Related Posts
Comments