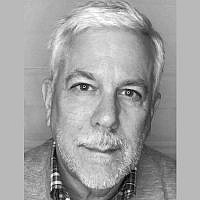 The Blogs
Jeff Benson
Apply for a Blog
Advertisement
Please note that the posts on The Blogs are contributed by third parties. The opinions, facts and any media content in them are presented solely by the authors, and neither The Times of Israel nor its partners assume any responsibility for them. Please contact us in case of abuse. In case of abuse,
Report this post.

I called Josh Gottheimer a Jew – it wasn’t a slur | Russell Miller | The Blogs (timesofisrael.com)

So Dr. Miller thinks that “as a Jew,” one has to support economic, social and political policies that Miller, “as a Jew,” is convinced  – without evidence – will repair the world.

It doesn’t occur to Miller that “as a Jew” one might believe that the Build Back “Better” agenda might, in fact, do the opposite and do great destruction and damage to the hopes, dreams, aspirations and lives of our fellow citizens.

That the programs and platforms that he promotes are not, in fact, “Jewish” at all. They are, rather, false idols that “Jews” like Miller worship. Miller cannot conceive that fellow “Jews” might believe that the implementation of his ideas would be a path of death and that our God implored us to “choose life.”

How can I say such a thing? Well, unfortunately for Miller, the empirical evidence is clear. The implementation of Lenin, Stalin and Mao’s leftist “socialism” and Hitler’s rightist “national socialism,” led to the murder of hundreds of millions.

That “socialism,” in whatever form or appellation, should be the aspiration of any Jew is baffling.  But, maybe not so much.  The appeal of following false gods is so strong that the first commandment had to include a warning against doing just that.

The only “shanda” here is that someone as blindly devoted to the “ideals” of the Working Families Party (as evidenced by his speaking as a “non-member” at a WFP event) will accuse others of being immoral and evil because they believe that a just society must be built and sustained differently.

And the bigger “shanda” is that such a narrow-minded, self-centered, and self-assured fellow traveler is a teacher of graduate students.

I know what my Ashkenazic grandmothers would say: “Oy gevalt!”

About the Author
Jeff Benson lives in the United States and is a software developer. He is a proud Zionist American Jew and is overly fond of Israeli wine.
Comments