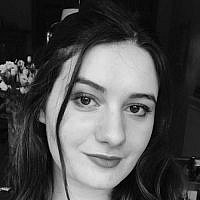 The Blogs
Charlotte Rubin
Apply for a Blog
Please note that the posts on The Blogs are contributed by third parties. The opinions, facts and any media content in them are presented solely by the authors, and neither The Times of Israel nor its partners assume any responsibility for them. Please contact us in case of abuse. In case of abuse,
Report this post. 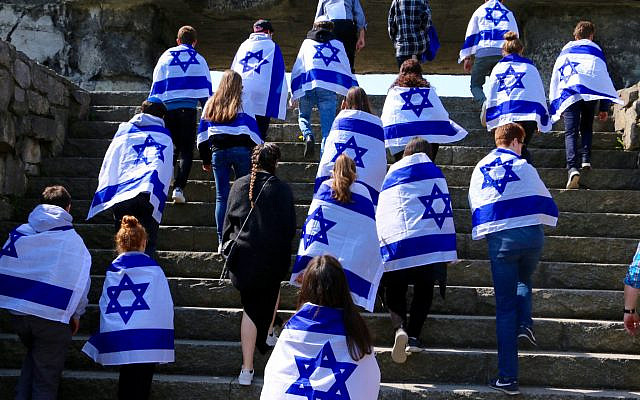 My friend recently asked me whether identity is something I think about often. The question came as a surprise – I thought everyone mulled over their identity, what it means to them, how it shapes their worldview, all the time. My personal background combined with the person’s I am speaking to steer almost every conversation I have. I discuss the same topics to people of different countries, ethnicities, races, genders and religions in different ways. My focal points shift, my arguments change. I find it fascinating that that is not the case for everyone.

Obviously, part of that comes from privilege. My friend and I discussed this; one doesn’t think about their identity as much if they are part of “the majority.” If no one ever highlights that you’re different, you are of course less likely to stop and think about what it is that makes you the way you are. Part of it, also, stems from my studies away from home. I am lucky enough to have spent four years amongst a group of people from all corners of the world, from all economic backgrounds, all faiths, with varying views on just about every topic you can imagine. Our simultaneously overlapping and differing backgrounds were at the epicenter of our friendships.  To make matters even more intense, about three quarters of them studied liberal arts. As a consequence, slowly but surely, in my mind many of my personal thoughts, but also my views on policy, politics, history and the world became framed within the context of individual and group identities. This, I suppose, is an attempt at mapping and explaining mine.

I was born and raised in Antwerp, Belgium. I make up for my lack of Belgian patriotism (a deficit I blame on the appalling condition of our flawed federalist state) with a strong overarching European identity. Though non-religious, my family’s Jewish origins are deep-rooted and prominent in every aspect of our family life.

We are, in many ways, a typical secular Jewish family in Western Europe. My great-grandparents were born in Eastern Europe, until they were no longer welcome there. During the Second World War, my paternal grandparents fled Europe, one to Brazil and the other to mandated Palestine, whilst my maternal grandparents remained in Belgium throughout WWII as hidden children. They still live with that trauma today, and as a consequence, I do too.

The Holocaust eradicated many of my ancestors – whole branches of our family tree are gone. My grandparents made sure I understood these tangible holes, these blank spaces in our otherwise blooming family history, from a very young age. Inevitably, my Jewishness is at the very heart of my identity.

Since at home, we are not very religious, school is where I was introduced to the Jewish religion, the Hebrew language, and also, to Zionism. To outsiders, it is almost impossible to explain my relationship with a country I have never lived in. Israel, to me, is a home – a safe haven. This might not seem logical, considering I have never lived there, and neither have my parents. But it becomes understandable when you frame it within my Jewishness.

What it means to be Jewish is not only an immensely vast and complicated subject; it is also extremely personal. Jewish people share a history, a culture, a language (multiple languages, actually), and yes, also a religion. We share a history of systemic oppression, discrimination and ultimately, genocide. Jewish identity and consciousness is filled to the brim with collective trauma – a trauma that was partly salvaged by the creation of a Jewish state. Growing up, it was thus very clear to me that just as the Jewish people were my people, Israel, the only Jewish State in the world, was also my country, in addition to the country where I was born. That has not changed, and it never will.

What Zionism means, to me, is very simple. It is simply the notion that my people, just like other peoples throughout history, have the right to self-determination. Self-determination obviously is a vague concept, the practicalities of which can be defined in many different ways, but the basic idea remains the same. That’s it – the right to self-determination. Anyone who denies me that right, I have a problem with, and I often find myself unable to communicate with. We, the Jews, are the people of Israel. We are not the Israeli people, and we are not collectively responsible for the Israeli government’s actions, but we are the people of Israel. The Israeli flag is a symbol not only of the Jewish nation-state but also of the Jewish people.

So, when someone writes on Twitter that they want to “bomb Israel to the ground” or “destroy the people of Israel,” nowadays an occurrence nearly as common in leftist (pro-Palestinian) human rights spheres as at far-right marches, it makes me feel sick. A burning Israeli flag, whether real or symbolic, feels like a personal assault. When pointing out that these statements are antisemitic and racist, it is not uncommon that someone tries to explain antisemitism to me.

Although I owe no one an explanation or justification for my oppression, and I always feel like I am stating the obvious when saying this, this is what it boils down to:  a call to dismantle or destroy the state of Israel is an attack on the Jewish people, their sovereignty and by extent, mine. A call to change and/or to better it is one that I plead for myself. It is a crucial distinction – and one that is relatively easy to make. Yet, the thin line between anti-Zionism and antisemitism is one that is too often crossed carelessly.

I can give you one example – the reality is that it is an endless list. On 28 June 2020, an anti-annexation protest was held in Brussels, Belgium. A protest to which I would in theory have wanted to go, for a cause I fully support and have done for as long as I can remember. But the truth is, the only place in the world I would feel both safe and welcome enough to go to such a protest is in Israel. Does that sound sad? It’s not meant to – I’m not trying to play the victim here. I’m just trying to explain the complexities and subtleties of the situation.

Why, you ask? At the protest in Brussels, protestors were chanting “war against the Jews in the streets,” and glorifying a seventh century ethnic cleansing of Jews in modern-day Saudi Arabia. Clearly, I was not welcome nor wanted there, and frankly I don’t want to be. I refuse to affiliate myself with people or organisations who besides condemning the occupation and “fighting for human rights,” simultaneously condone blatant antisemitism.

Without conflating Jews with Israelis, Zionism with Judaism, or antisemitism with anti-Zionism, it is still an undeniable fact that the Jewish people have an ancestral connection to the Land of Israel. Much harder to explain is this idea that as a people, we need this place that is “ours,” where we know we are safe – like many oppressed people do.

They say democracy dies in darkness. Every day that the current government is in power, to me, is a day in which Israel descends into that darkness a bit further. If it wasn’t for its strong judiciary, all the lights would probably be turned off by now. That is something I, and many of my peers, stand and fight against. Yet, as I read, learn, scroll and grow, I increasingly realise that a Jewish state has never been more necessary than it is today.

I strongly believe that my rights – to self-determination, to a safe haven, to a home – should not be exercised at the cost of others. That belief has made it impossible for me to stand by idly and support the path that Israel has been on in recent years. So I campaign, I argue, I donate to fight the erosion of Palestinian human rights, end their oppression, and help their liberation. Because if I have the right to a safe haven, so do they.

Every brick laid past the Green line, every family evicted, makes it harder to love and defend this place that I cherish so deeply. But I still do – not without qualifications, not without the critical and humanitarian approach I have to all other world events – but I do. Because the bottom line is that it is the one and only place in the world where I know I can turn if everything else goes wrong. If you deny me that, then you are a part of the problem, and ironically, part of the reason the project you so vehemently oppose exists in the first place.

About the Author
Charlotte Rubin studied law & politics at Queen Mary University of London. She is now studying International Human Rights Law at the LSE, and writes about immigration and human rights issues for Seraphus, the Justice Gap, Network for Immigration Matters and other outlets.
Related Topics
Related Posts
Comments