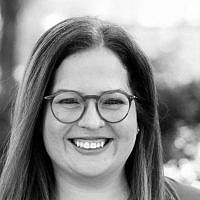 The Blogs
Gila Bublick
Apply for a Blog
Please note that the posts on The Blogs are contributed by third parties. The opinions, facts and any media content in them are presented solely by the authors, and neither The Times of Israel nor its partners assume any responsibility for them. Please contact us in case of abuse. In case of abuse,
Report this post.

“Sometimes it’s the journey that teaches you a lot about your destination.” –  Drake

Starting out on my fertility journey, I had no idea what I was getting myself into. Over the past seven months, I’ve gone through several hurdles, thinking each time that I was one step closer to the finish line.

When I was 23 years old, I had a stroke and I was diagnosed with a blood clotting disorder, essential thrombocythemia, which caused me to also be diagnosed with cerebral venous sinus thrombosis. Thankfully, I fully recovered and it did not affect my day-to-day life – until it did. No one had ever spoken to me about my fertility until I decided to explore my fertility preservation options. My hematologists said there was no way I could freeze my eggs, as taking hormones would put my life in severe danger. He explained that my next best option would be to freeze my ovary tissue. At first, I was crushed. Here I am, already going through a taboo process, and knowing that I couldn’t even do that the “normal” way made me feel more alone than ever.

I started recording myself after each appointment so that I could go back and see how I progressed throughout my journey. Along my journey, I connected with complete strangers who became close friends. At one of my appointments, I was in the midst of tears. I was frustrated that I hadn’t met anyone who had done what I was trying to do. Suddenly I heard a voice say, “I did that.” Her name was Chana and within 3 minutes we hugged and became friends. That day was one of the most emotionally and physically draining days of my life – I had been at Sheba Tel Hashomer for over eight hours, running from doctor to doctor. After my appointment, I called Chana and she invited me to her home and to go to the beach. Someone who has known me for less than five hours wants to help me?! I was hesitant, but I went. That beach day was exactly what I needed. This is just one of the serendipitous miracles on my journey. 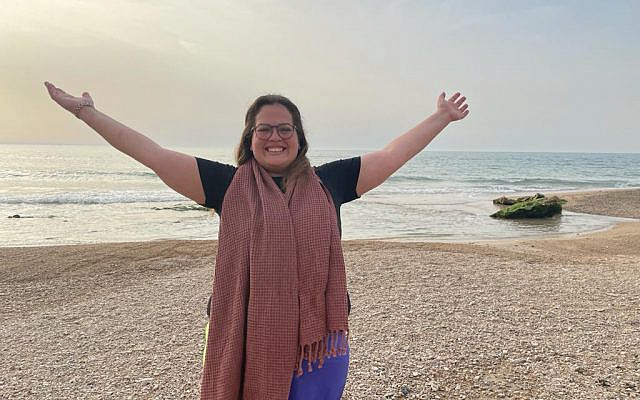 At the beach in Arsuf (where Chana lives) post one of my fertility appointments.

Each week, I would walk into my hematologist’s office and she would ask me “Gila, how are you?”

“Well, Doctor, that depends on you telling me how my platelets are this week.” And for four months, week after week,  it was the same conversation, until finally, the answer was that my platelets were stable enough for surgery.

I was finally one step closer to being done with this chapter of my fertility journey. But G-D had other plans. The doctors decided that freezing my ovary tissue was not the best option for me, because having eggs frozen instead of ovary tissue would be more helpful in the future. For months, I did blood tests every week to monitor my platelets and in the blink of an eye, a new plan was in place. While I was sitting in the doctor’s office crying and angry, they explained the new plan to me, which they called “protocol.”

The new protocol, they explained, is that I am going to freeze my eggs – using a natural cycle which is a procedure that retrieves the single egg released in a woman’s natural menstruation cycle and does not use hormones to stimulate the production of multiple eggs, as is done in standard IVF.

They explained that my fertility is better now than it was six months ago (I was taken off one of the medications for ET) and this new protocol would be the best option for my future. I should be happy, they said.

Luckily, I had my friend Bracha with me at the appointment – without her support, I would have just stormed out of the doctor’s office. I continued to sob uncontrollably for the rest of the day. I just could not understand how this could all change. I didn’t want to hear anyone’s comments about why this was good, I was upset. The following morning, the tears stopped. “I am in the hands of the top doctors in the world. I need to trust their decisions because they are doing what’s best for my future.” I told myself.

Now, I am waiting to begin the next chapter of my fertility journey.

At the beginning of my fertility journey, I had no idea what I was getting myself into. I learned so much about myself and gained so much knowledge, and because of that, I am stronger today. One important lesson I learned was that it’s OK to ask for help – people want to be there for you – you just need to ask.

Join our community for support and resources about  fertility and fertility preservation: https://www.facebook.com/groups/fertilitysupportcommunityisrael

About the Author
Gila is an Executive Assistant at the City of David. She made Aliyah in 2004 and currently lives in Jerusalem. She is passionate about empowering women about fertility and fertility preservation, volunteering with Holocaust survivors, and Jerusalem. She created a Facebook community for English speaking women called: Fertility Support Community: Israel
Related Topics
Related Posts
Comments
Advertisement