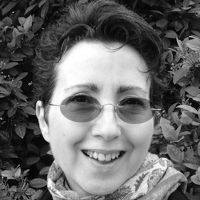 The Blogs
Kim Mayroze
Apply for a Blog
Please note that the posts on The Blogs are contributed by third parties. The opinions, facts and any media content in them are presented solely by the authors, and neither The Times of Israel nor its partners assume any responsibility for them. Please contact us in case of abuse. In case of abuse,
Report this post.

A couple of years after I moved to Israel, I was standing in my aunt’s living room in Tel Aviv when she suddenly asked my grandmother, a pioneer who had devoted her life to help build this country, if she was optimistic about Israel’s future. My grandmother answered without hesitation that she was not. I remember being shocked by her response when I knew that she had come here as a young idealistic woman from Galicia, living first on one kibbutz, and then another, and finally on a moshav. In retrospect, I imagine that my grandmother’s response was partly influenced by the fact that she was a staunch Mapai supporter and this conversation took place not long after Begin had come to power.

Yet now, many years later, my grandmother’s resounding prediction echoes back to me and I wonder if she foresaw what would become of this country. For Israel is being torn asunder. All hope is being eviscerated. The government seems dominated by a collection of patriarchal men, some of whom are accused of corruption, of fragmenting the nation and of stripping it of its democratic checks and balances. These leaders display little empathy or foresight and seem to be handling the current virus crisis disastrously. While, in despair, the younger generations are rising up, hoping for the kind of renewal that only youth can envisage, just to be confronted by a police force that appears to be largely uncaring and sometimes violent.

At night in Jerusalem, when the sounds of the protests fade, I ask myself what will become of my beloved country. When waves of talented young people leave Israel’s shores forever, we will have no right to complain. When the nation is hollowed out of all its uniquely admirable qualities, ruined and vulnerable, I will think of my grandmother and the multitudes of other women and men who sacrificed everything to make this country a worthy place to live in and I will crouch down and cry.

About the Author
Kim Mayroze is the granddaughter of Israeli pioneers and comes from a family of inventors, artists, designers and writers. Passionate about art, culture and Israel, she lives in Jerusalem and works as a branding, graphic and web designer, content writer and translator. (Profile photo by Rafi Lewin).
Related Topics
Related Posts
Comments