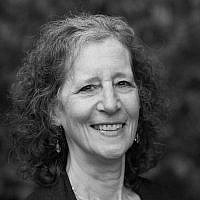 The Blogs
Ruthanne Warnick
Member, Hadassah National Assembly
Apply for a Blog
Advertisement
Please note that the posts on The Blogs are contributed by third parties. The opinions, facts and any media content in them are presented solely by the authors, and neither The Times of Israel nor its partners assume any responsibility for them. Please contact us in case of abuse. In case of abuse,
Report this post. 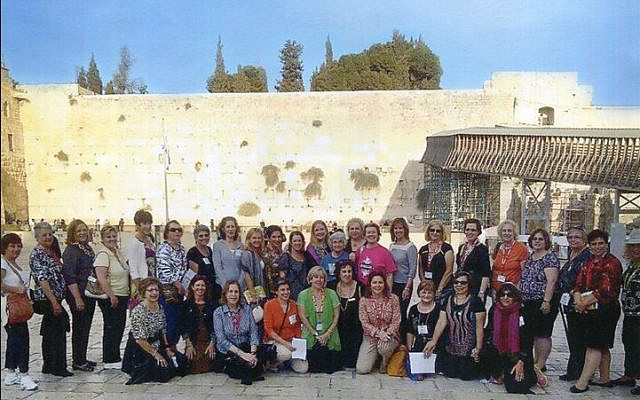 A quote attributed to the well-known cultural anthropologist Margaret Mead says, “Never doubt that a small group of thoughtful, committed citizens can change the world. In fact, it’s the only thing that ever has.”

While that might not be the only thing that has ever changed the world, the remarkable story of Henrietta Szold and the founding, growth, and influence of what would later become Hadassah, The Women’s Zionist Organization of America, shows that a committed group of citizens certainly can. Clearly, it takes far more than passion and belief in a cause. Beyond a vision of what that change in the world looks like, what’s required is organization, action, fortitude, persistence, consistency, and, finally, resources that include money, networks, and an expending web of other committed individuals and raving fans. In combination, Henrietta Szold possessed or developed all of these.

What adds to the impressiveness of Henrietta Szold’s story is the time in history—the early decades of the twentienth century—when she and a small group of women set out to make change in the world. In 2022, many decades and many generations later, we are a long way—technologically, culturally, scientifically, politically, and legally— from 1912 when Hadassah was founded and that small group of ‘thoughtful, committed’ women got to work. Given that today we can communicate and exchange information globally in seconds, travel long distances in hours instead of days or weeks, and access significant financial support through foundations, individuals, and other sources, describing the story of Henrietta Szold and the founding and growth of Hadassah with words like impressive and remarkable is appropriate.

Let us also not lose sight of the fact that, in 1912, women did not even have the right to vote in the United States. That didn’t come about until the ratification of the 19th Amendment in 1920. As if Hadassah was not enough of an accomplishment, Henrietta Szold was also a bit of a trailblazer in other parts of her life, challenging the status quo for women

Whatever far-reaching vision Henrietta Szold and her initially-small group of women had, they could not have imagined the world-renowned Hadassah Medical Organization of today, the youth rescue efforts during the years of Naz­­i persecution that evolved into the Youth Aliyah villages that exist today, Hadassah’s role in support of Young Judaea and the Jewish National Fund, dedicated advocacy and education efforts in the United States related to women’s health and women’s rights, the global humanitarian efforts during crises throughout the world, an expansion to Hadassah International, and the many other efforts and successes of the past 110 years.

I’m not sure if they could have imagined the number of women who would become empowered generation after generation. That part is what I call the Hadassah School of Women’s Empowerment, and that influence and impact on the development of women leaders is where I will focus now.

Back in 1990, when our children were very young, my husband and I moved to a community in Alabama, brought there by a new job opportunity. As a Jewish woman, and having grown up in the New York metropolitan area, attended high school during the Civil Rights era, ­gone to graduate school in Oregon, lived in the Washington, DC area, and been to Israel three times by then, my experiences and perspective were broad. It felt a little unsettling to me to be moving to ‘the South.’

I found the Huntsville, Alabama Jewish community to be warm and welcoming, and I was anxious to get involved. Whether it was that she saw something in me personally or that I was a newcomer who could be tapped, a leader of the Huntsville chapter of Hadassah reached out and took me under her wing. Outside of my family, this turned out to be one of the greatest gifts of my life.

Over the six years that our family lived in Huntsville, I became an active participant and leader in the small but dedicated Hadassah chapter. When we moved to the Atlanta, Georgia area, it was natural for me to reach out to Hadassah, and, over the next 25 years, I was given endless opportunities to learn, grow, and lead.

As a newbie, I was considered an emerging leader, and I looked up to, admired, and was anxious to learn from the more seasoned leaders. Those women embraced me, mentored me, and taught me so much. They empowered me and showed me what I could become. In the process, I became a president at three levels of the organization, and I continue to serve as part of the National Assembly of Hadassah leadership now. Over time, those women became my friends and peers, and I became a mentor myself, linking generations of leaders as both mentee and mentor.

There’s a book by Robert Fulghm titled All I Really Need to Know I Learned in Kindergarten: Uncommon Thoughts on Common Things. I could write a book titled Almost All I Need to Know in Business I Learned in Hadassah: A Guide to Women’s Empowerment and Personal Growth. What exactly did I learn and where did all those opportunities lead me?

Through membership outreach and engagement, I learned about networking, sharing my voice, and listening to hear what’s in it for others. I learned about creating an ‘elevator speech’ to be able to answer questions like “what do you do?” or “what is Hadassah?” as clearly and concisely as possible. Let me add here that answering that second question in one or two sentences is not an easy task.

I learned about fundraising, conference and event planning, and profit and loss. I had many opportunities to practice delegating, time management, organization, building relationships, and collaborating with other organizations. Having been required to write comprehensive annual plans, I learned about strategic planning, goal setting, evaluating, and accountability. As a leader with an ever-growing size of membership and fundraising responsibilities, I learned people skills and about respecting—if not always agreeing with—other people’s input and points of view.

Among the many opportunities presented to me to grow and develop as a leader myself, a vital role was developing future leaders. We often joked (in a serious sort of way) that the first job of a new president was to identify and then nurture, develop, and train our successor. How refreshing to be in that kind of environment, compared with many workplace environments where competition and cooperation try to coexist, typically unsuccessfully. In Hadassah, we develop leaders to be the best they can be, and we don’t even mind if they end up being a little better than us. After all, the goal is the continued success of the organization. To be in an environment that is made up of women role models who empower you as a woman is, well, empowering.

Hadassah also gave me countless opportunities to speak publicly as a workshop trainer and facilitator for group sizes that numbered in the dozens and as a speaker to audiences of several hundred. To this day, I am thankful for how comfortable I am with public speaking, something that some people jokingly say they fear more than death.

I am so happy that I enrolled in the Hadassah School of Women’s Empowerment those many years ago. While the school is unofficial and offers no degree, what I have are the skills, experience, and confidence to create a business I love, advocate and speak out to affect change, and grow personally—as a woman, mother, wife, sister, aunt, and friend—in ways that I could not have anticipated, all while developing a network of relationships that I value. I consider that a pretty darn good degree, and I think I’ll call it the M.E.M. degree—Master of the Empowerment of Me.

About the Author
Ruthanne Warnick, who currently serves in the Hadassah National Assembly as part of the Program Department team, has been a leader with Hadassah for more than 30 years. S¬¬he served in many leadership roles at the local, regional, and national levels, starting in Huntsville, Alabama, and then for 25 years living in the Atlanta, Georgia area. In addition to membership outreach, fundraising, training and public speaking, and leadership development roles, Ruthanne served as a group, chapter, and region president. She is the founder of Capture the Journey and the Stories from Your Lifetime Network. She is a champion of capturing and sharing family stories and history to connect past, present, and future generations. In addition to working with individual clients, Ruthanne is available to speak to groups. She is a certified Guided Autobiography Instructor and holds a Master of Science degree in Geography.
Related Topics
Related Posts