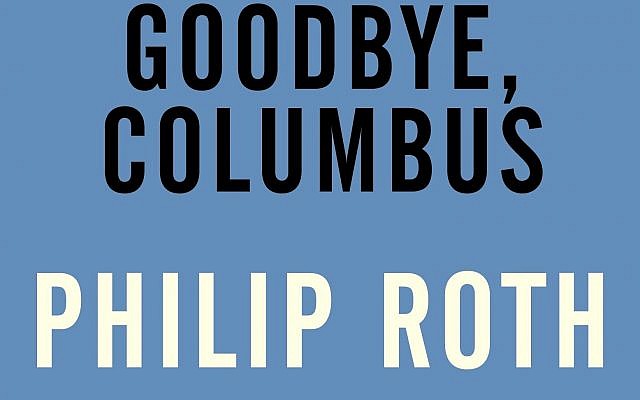 When I heard of Roth’s passing, I realized that while I knew the name well, and I’d seen some films based on his writings, I never read any of his books. In an attempt to correct that situation, I immediately went looking for some, and came up with a few to buy (second hand), including this collection of short stories, which was the first one I decided to read.

Now, keeping in mind the fact that this collection was published in 1959 (when I was only two years old – yes, really), I was certainly expecting that not everything here would feel relevant to us today. Mind you, because I’m that old, I also expected to understand more of these stories than much younger audiences. However, with a few minor exceptions, I have to say that I was very much pleasantly surprised to find out how very nicely these stories aged. In fact, there are some stories here that are practically evergreen in their subject matter.

For example, the last story in the book, “Eli the Fanatic,” is about a fight between a group of ultra-Orthodox men, running a school (called a yeshiva) for orphan boys, illegally out of a private home. Aside from the zoning code violation of the school, there’s one of the adults who dresses in full religious garb, which also made the townspeople uncomfortable when he visits the town’s center with the children. While this might not seem like it could be relevant to many people today, I would remind my readers that here in Israel, the ultra-Orthodox are well known for their “instant yeshivas” often putting them in homes or usurping underused and abandoned buildings. Furthermore, this is not unknown even in the US, and to prove my point, take a look at this article from January 2019 (yes, I wrote that correctly; a full 60 years after this book was published)!

Of course, the real star of this book is certainly the titular novella, “Goodbye, Columbus,” which was made into a movie, both of which were probably considered a bit shocking at the time. Today, the idea that a family would get upset that a woman in college (who, of course, was over 18) was having premarital sex sounds absurd, but the sex itself wasn’t the point of this story. In fact, this is really a classic coming-of-age story, with a type of modernized Romeo and Juliet theme, without the death. What I found the cleverest here was how Roth adds a subplot about a young black boy who visits Neil (the narrator) at his job at the library throughout the summer, and only looks at one very large book of Gauguin’s paintings, but never checks the book out. This really got me thinking, and I believe that Roth was using this subplot as a metaphor for the main story in this novella.

The other stories included in this collection are:

All of these stories, as well as the titular novella, are written with such a gentle touch that the pathos and the humor fit gracefully together. Roth’s style is breezy and contemplative at the same time, but also highly natural, while also very corporeal. Most of these stories are told in first person, which brings a very personal touch to them, so that the readers get an intimate feel for these protagonists, even when what they’re doing or saying may be slightly foreign to us. Of course, it helps if the readers are Jewish or know something about Jewish culture and/or the religion. However, I don’t think that should stop non-Jewish readers from reading these stories, because Roth uses such universal themes in each of them, which (as mentioned above) make them all still relevant today, and can certainly appeal to those who can focus on what Roth is trying to say with these stories, and not just the Jewish elements. (Mind you, since these stories were published 60 years ago, his choices for some of his words might feel a touch outdated, but they were exactly how people talked back then.)

After reading these stories, I’m not surprised that Roth was heralded as one of America’s “great American writers,” won so many awards, and had several of his works made into major motion pictures, including the titular novella of this collection. In all, I found these stories had a visceral charm to them that grabbed my attention, and kept me reading. I’m glad that I decided to fill this gap in my literary education, and I’ll certainly be reading more of his works in the future (I bought two other of his books already). Therefore, there’s no doubt that this collection deserves a full five out of five stars and I’m warmly recommending it to anyone of any religion!

“Goodbye, Columbus” by Philip Roth is available from Amazon, Barnes & Noble, Walmart (Kobo) US eBooks and audiobooks, the website eBooks.com, iTunes (iBook or audiobook), The Book Depository (free worldwide delivery), new or used from Better World Books (promoting libraries and world literary) and Alibris, as well as from an IndieBound store near you. (This review also appears on my personal page The Chocolate Lady’s Book Review Blog.)