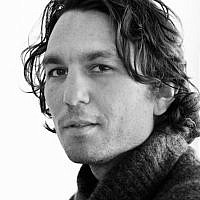 The Blogs
Jonathan Garfinkel
Apply for a Blog
Please note that the posts on The Blogs are contributed by third parties. The opinions, facts and any media content in them are presented solely by the authors, and neither The Times of Israel nor its partners assume any responsibility for them. Please contact us in case of abuse. In case of abuse,
Report this post.

As the author of the play “The Trials of John Demjanjuk: A Holocaust Cabaret”, and as a Jew with Eastern European roots, who lost family in the Holocaust, and who has visited Ukraine before, including the shtetls of my grandparents, I feel it is important for me to comment on Stuart Winer’s article, Ukrainian Jews outraged over ‘Holocaust Cabaret’ in Kiev.

I understand the discomfort and sensitivity in Ukraine around the Demjanjuk trial, and specifically the precarious situation of the Jewish community and its history in Kiev, in particular the atrocities of Babi Yar. I want to clarify a couple of things: first of all, the play is not only a satire, but it is about the complexity of memory and the nature of war crimes trials, as well as about the Jerusalem and Munich trials (two very different trials). Second, my attempt to humanize Demjanjuk is merely a way to give specificity to the actions taken during the Holocaust by the perpetrators; they were done by real people from real places with real lives. And third, the subtitle “Holocaust Cabaret” is not meant as a provocation, but rather as a means to illustrate the idea that a public trial has an element of theatre to it. It is a way of asking questions of the audience in a hyper-theatrical way, as Bertolt Brecht did.

There are elements of satire in the play – and dark, cutting humor – but the power of any humor relies on the way I handle the deeper subject matter, namely the Shoah. I feel I have represented this in a respectful, thoughtful and intentional manner by focusing on the incredibly complex story of John Demjanjuk.

If the chief rabbi does come to see the play, which I hope he does – and i apologize for the glibness of the promotional video, which does not represent the complexities of the play – he will understand “The Trials of John Demjanjuk” is not anti-Semitic at all, but does respond to difficult questions of guilt, moral responsibility and history. It is why the play has done so well in Canada and Germany: people responded to its content. There have been incredible and rewarding talkbacks after many of the performances. Taking excerpts out of context makes it hard to understand that the play is told with enormous respect for the Shoah while understanding the challenges in representing it.

I am also someone who believes in dialogue and conversation. If Rabbi Azman would like to talk about this further with me, I am happy to do so, in private or at the theatre.

About the Author
Jonathan Garfinkel is the author of the book of poems, Glass Psalms, as well as numerous plays including the governor generals award nominated House of Many Tongues. His journalism has appeared in Tablet, the Globe and Mail, Walrus Magazine and Eighteen Bridges, among others. His memoir "Ambivalence" was published by penguin Canada and Norton US. Currently he teaches playwriting at the National Theatre School of Canada.
Related Topics
Related Posts
Comments