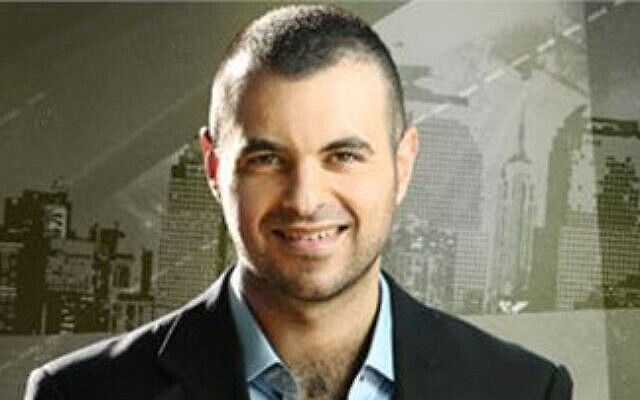 On June 8, 2020, Prime Minister Binyamin Netanyahu tapped American journalist, Aaron Klein, to be his strategic advisor. Upon receiving the promotion, the young newcomer to office told the Jerusalem Post’s Gil Hoffman: “Working with Prime Minister Netanyahu is what I’d imagine it would be like to work with Winston Churchill…”

Klein has been Jerusalem Bureau Chief for Breitbart News and before that, WND (World News Daily). He even had a brief stint at Arutz Sheva. In November, 2011, when Klein was still a written-journalist and conservative talk-radio host, I interviewed him about his second best-selling book of mudslinging against then-U.S. President Barack Obama. What I came up with seemed a little radical, a little taboo; and I’ve never been in a rush to publish it, again: It ran on one website: The American Thinker, and the editor changed the title of the piece to: “Connecting the Obama-Communist Dots”. I didn’t feel like I could really stand behind that title, what after Hitler’s cold-hearted extermination of Communists; Jewish brethren living in former-East Germany; the early kibbutz; the offensive, Kafkaesque witch-hunt of the McCarthy-era in the United States; and the U.S. military’s instances of genocide against the North Vietnamese people. I admit the evil in the policies of the former-Soviet Union or the People’s Republic of China; Karl Marx’s attack on Judaism, considered; but to list former-president Obama as a “communist” is hyperbolic sophistry; akin to calling Republicans “Nazis” and “Fascists”. I found the presidency of Barack Obama to be most troublesome on his policies towards Iran, Jerusalem and the West Bank (Judea and Samaria). Call me a leftist, but I wasn’t that perturbed by his domestic policies, such as the Affordable Care Act (ACA), which relates to healthcare in the United States. Still, Klein’s book mentioned connections between Obama and the Nation of Islam, which scares the bejesus out of me. But, I just wanted the author—my interviewee—to relax about domestic Communism, which I feel is a figment of the far-right’s imagination. That being said, in keeping with objective journalism, I followed-through on the project and wrote what I gleaned from the book and what Mr. Klein told me in the interview. This one’s a flashback.

The Red Army: The Radical Network that Must be Defeated to Save America by Aaron Klein and Brenda J. Elliot (Broadside Books, an imprint of Harper Collins; $23.90)

The young hard-nosed conservative blogger and WABC radio talk-show host, Aaron Klein, is back on bookshelves with a fresh installment of his highly-praised tattle-tale-brand muckraking.

In 2010, Klein’s The Manchurian President: Barack Obama’s Ties to Communists, Socialists and Anti-American Extremists, blew the whistle on United States President Barack Obama’s connection to ACORN (Association of Community Organizations for Reform Now), a highly controversial and corrupt American NGO. He exposed President Obama’s ties to the Nation of Islam and comradeship with the dogged antiwar activist-turned-terrorist, Bill Ayers. The book brought Mr. Klein much critical acclaim, landing him and co-author Brenda J. Elliot, a spot on the New York Times Bestsellers List.

The penultimate journalistic attack on President Barack Obama paved the way for the follow-up. The Red Army: The Radical Network That Must Be Defeated To Save America was released in November on Broadside Books, an imprint of Harper Collins Publishers.

The Red Army is Klein’s second full-length book co-authored with anonymous blogger and historian, Brenda J. Elliot, and the fourth literary installment from Klein’s journalistic notes, to date. Klein chose to work with Elliot, he says, because he “was greatly impressed with her work and her research capabilities.” 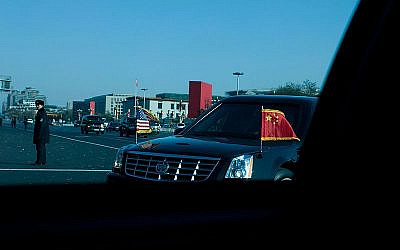 In a brief statement for this book review, Klein said that “Red Army is indeed a sequel to The Manchurian President,” he said. “As my co-author, Brenda J. Elliott and I began to comprehend the scope of Obama’s radical associates and mentors, most of whom traveled together in the same far-left circles, we decided to assemble the pieces of the puzzle for a book – the work became the New York Times best-selling title, The Manchurian…”  he explained.

Our first book-length effort focused on unmasking Barack Obama and his radical associations. But even before its publication, as we continued to delve into Obama’s administration, it became clear that we were uncovering a larger world of radical organizations, which are not only the force behind Obama’s fundamental transformation of America, but also are now so well entrenched in the institutions of American power that their influence can hardly be overstated.  In other words,

he continued, “in peeling off the layers of the onion that is the radical network, Brenda and I have unearthed something much larger and far more disturbing than even we, as seasoned political observers, could have anticipated.”

Among the 351 pages of the Red Army is information you might not need to know, but surely will find fascinating, nonetheless. While the work is teetering on harmless, playful paranoia, it is entertaining. “At first, we knew very little about this clandestine Red Army,” writes Klein in the book’s introduction, “whose goal is the transformation of America into a Socialist system.”

The book sheds light on certain activities and affiliations of certain members of the government such as U.S. representatives Maxine Water (D-CA) and John Conyers, Jr. (D-MI) who, along with former Oakland mayor, Ron Dellums are sponsors of MECA (The Middle East Children’s Alliance): an organization founded originally by activists Barbara Lubin and Howard Levine. Lubin, as it would turn out, is allied with the Workers World Party, a “Marxist-Leninist” sect aligned with North Korea. 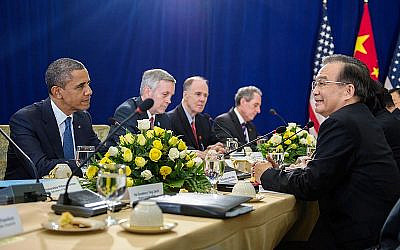 the progressives hijacked an entire spectrum of important social causes, from feminism and race relations through environmental and antiwar activism, each of which…became subordinated to an agenda having very little to do with the actual cause at hand and everything to do with the underlying agenda of the radical reconstruction of our society.

In another chapter, Klein and Elliot write about Healthcare-Now. A lobby whose website says “the act establishes a unique, publicly financed, privately delivered American health care system, that uses and expands upon the existing Medicare programs for all U.S. residents – not just citizens – and U.S. territories.” Among the co-chairs of Healthcare-Now, as Klein and Elliot have discovered, is Medea Benjamin who also leads CODE-PINK, a group concerned with “radical antiwar activities.” Furthermore, Benjamin has lived in Cuba and admits she feels at home under that Communist regime; and she has been among the sponsors of recent activist flotillas that attempt to aid Hamas in the Gaza Strip.

In another chapter, the authors take former CIA director and current Secretary of Defense, Leon Panetta, to task for his passionate support of Communist and Socialist regimes in the former Soviet Union and South America. Things you might not have known, nor wanted to.

The list goes on, as Klein informs his readers about AE or American Environics. Founded in 2004 by American and Canadian researchers, it is a government sponsored organization that puts green research under investigation, urging them to jettison any corruption. Sounds innocent, right? Well, Klein explains that among the founders is Michael Shellenberger who is registered with the Department of Justice as a foreign agent. He also runs a consulting firm known as Lumina Strategies, LLC, where his main client was one, Hugo Chavez, the controversial president of Socialist Venezuela. Shellenberger, reports Klein, received a six-month, $60,000 subcontract to help build up Chavez’s image.  Klein also writes about Shellenberger in The Manchurian President, as a cofounder of the Apollo Alliance, who helped draft not only the president’s green jobs program but also the $787 billion economic stimulus bill and other proposed new energy legislation which, according to neo-conservatives such as Klein is partly responsible for the ‘life-support’ condition of today’s American economy.

More or less an informative yet dry list of finger-pointing, The Red Army is perfect for the GOP crowd, as well as fearless nonpartisan political adventure seekers; however, Klein has clearly designed his work as a conspiracy theory to be taken seriously by they who would like to blame the current administration for the ‘life-support’ state of the economy, and by killing two birds with one stone, also hold those same names responsible for terrorism.