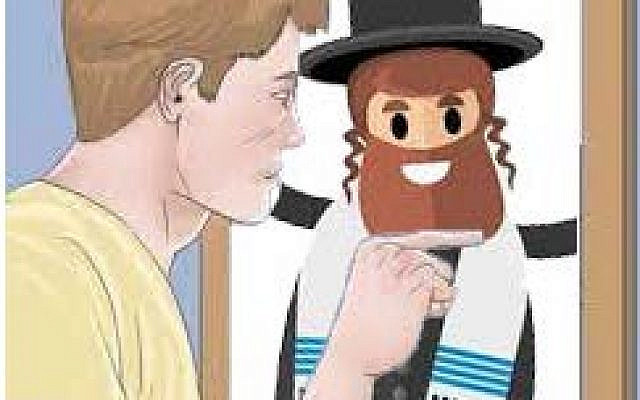 I’ve been a dormant Jew for a long time.

I mean that I was not a very practicing Jew. Going to Synagogue, putting tefillin. Not regularly, you know.

Well, I did put tefillin from time to time, but mostly, I just skipped the whole prayer thing. I did observe Shabbat and Yom Tov, but not much else.

Well, I went to synagogue, we didn’t drive or watch TV. We did participate in community life, in Jewish celebrations and practices.

Depending on whom you ask.

The rules are different depending on which group you belong to.

I am, and this umbrella is pretty wide as well. But let’s cut to the chase. I am not trying to hide behind semantics. As a Jew, the least one could do is to put tefillin every morning.

Pretty insightful! At present, I go to synagogue every day. And I mean – every day, without exception. I get up and attend services on time. And I’ve done this for the past four months.

Nothing is wrong. I just don’t know why I do it.

I guess it’s those things and more. It’s always good to have a discussion, and I can’t think of a better person to talk to than you!

That’s right. One cannot change overnight, as I have, without wondering why or what had happened.

I know I want to be a practicing Jew and to make my wife happy (she loves me being more observant). I didn’t change the rest of what I do. I am still the same me, except that I go to services every day without exception. This is big—huge, actually!

‘Why do I do it?’ is the $64,000 question, isn’t it? Why do I do it?! I guess I’ve had some guilt for not doing the simplest thing that demonstrates one’s Jewish faith and failing to do so for as long as I had, becomes a bad habit, like smoking or drinking while knowing it’s not good for you. But that is not the whole reason. I believe we project ourselves into an ideal image of who we want to be. And when we have an opportunity to become that person we created in our mind, we grab it – like a lifeline! It works for me. It gives me motivation.

Maybe! Who knows? We all do strange things from time to time.

You keep confusing me!

Exactly! You are tripping me with my own words! That’s clever! All right, it’s no stranger than any other commitment. After all, commitments are unnatural.

Well, look at the world at large. Everything and everybody – be it an animal or a chemical process, exist for a practical reason. All animal behavior is motivated by survival and procreation. They hunt, defend themselves and raise their young. Gravity doesn’t reverse on a whim. Electricity doesn’t change its properties because it feels like it. Humans are the only beings that do things for no apparent reason!

Running a marathon, growing orchids, raising Koi fish, living in a monastery, or financing a charity. These are all commitments without any obvious existential purpose.

It’s a commitment we make which seem unnecessary.

We need reasons for everything, or we’re robots. Don’t get me wrong, I’ve been acting as a robot often. Wanting more stuff, when I could use less, and working harder to pay for it, is one of our greatest drives – with no practical explanation.

If you ask me whether we need motivation to do more, then – yes, being the best, having the most, are great motivation to drive us to be productive. But why spend $90,000 on a Jaguar when a $30,000 Honda will do the same job?

Let’s go back to my confusion. Why did I make a serious commitment to follow this intense routine without taking a break? It forces me to get up earlier than I’d like to, imposes on my schedule; all of this while it strains my brain to provide a clear answer?

I guess it does. I met new people, some of whom are genuinely nice and interesting. I have a new Chaver who may be smarter than me. It’s always good to look up to someone.

Not more than if you walk into a Yankee stadium and start cheering the Red Socks. Each team wants to be acknowledged, especially in its own home court.

Well, I can think of a number of things but, fundamentally, if you’re there, it suggests that you accept the Torah, its centrality and G-d’s Dominion. It’s pretty basic. Then, if you’re a Chasid or a Litvak, a Breslov or Chabad, nobody cares.

Not really. My Hashkafa is not in conflict with theirs. I discuss things that are close to my heart with them. But I wonder whether their attitudes towards me would be different if I showed up once a week!

I guess I would not feel as good about not living up to my own expectations.

I agree, but the question remains – why this dream?

I love presenting a consistent image to my sons. My oldest grandson davens with me when we’re together. I love that! And maybe, I am curious about my Zeideh, Moshe Tzvi, the Alter Adler, a Gabai of a shul in Chernovitz whose picture, holding a sefer Torah, has been part of the story I identify with. Not sure, exactly.

Well, in a life as void of relatives as mine, every person becomes precious.

So would having a golf club membership, or volunteering in a soup kitchen. No! I don’t go to my Shtiebel to be less lonely. I am busy, active and connected. It’s something I do to expand beyond myself.

I am a deep thinker and an adventurer, an inventor and a creator. I write stories, do art, help people and motivate others to push beyond themselves. I am a true renaissance man. But I am not a very spiritual person. I don’t know how to sustain a spiritual moment beyond its fledgling short time. I would love to be able to raise my spiritual plateau. I find religion to be a fascinating activity. And I believe that if I immerse myself, it’ll sustain me beyond my current state. Not sure how to explain it.

It may be my realizing that I am but a link in a chain!

I feel that all previous generations, my family I mean, lived to bring me to this point in time. To give me life and an identity they projected into me.

If I gave you a great gift, which I worked very hard for, I guess you’d cherish it and care for it!

Well, same goes for what my elders, my parents, my Zeides and Bubbes and all the generations before them. I am their future. They were Jews, going back generations. If I stray from their path, it is as if I didn’t care for who they were or their investment in me!

Well, it’s complicated! They were all practicing Jews going back. Being a Jew – meant being a practicing Jew. Otherwise, one got lost among the world’s population, which contains all the lost generations of assimilated Jews. There were periods of great movements; I can think of two – the Nineteenth Century Enlightenment in Germany, which tried to rethink Judaism, and Twentieth Century socialism, which attracted many Jewish youngsters. My father was drawn to it in his desire to build Israel. His was not a desertion of Judaism but a joining the Zionist dream to rebuild our eternal land.

I feel that being a practicing Jew perpetuates their life; gives respect to their dream. And it is in sync with mine. In contrast, deserting my Judaism, betrays their memory.

Oh, no! Judaism has been at the core of most innovation in most fields of the human experience for many millennia. I believe that to be a practicing Jew means to be a proud Jew, accepting that we’re part of a legacy that bridges over a hundred generations.

To be clear, I love our Jewish G-d. Hashem is all they say He or She is, and more. I feel close to it. I am inspired and motivated by His faith in me.

Why would I be afraid of someone who gave me life? Obviously, there’s a plan. There’s nothing to be afraid of. As my five-year-old grandson, Max, says: “It is what it is.”

On a serious note, my view is that G-d trusts us. He’s not testing us. He’s not invisible or disappearing. He just trusts us to move on with our lives and lets us live our life as we chose. We set our own destiny. But this is too intense for this late hour.

I am getting tired. Can we take a break?

Well, these are two questions.

I regret not doing more to ensure my kids’ Jewish future. My friend, Rabbi Effie Buchwald has a saying: “If you’re a passionate Jew, your children may turn moderate; if you’re moderate, they may turn casual, if you’re casual, they’re likely to stop practicing their faith altogether. A person is a Jew if his grandchildren are Jewish. My fear is that my grandchildren will be the last Jewish generation.

Can we end it here? I think I’ve got my answer.

All right. Thank you for taking the time and indulging me.