My grandparents suffered from PTSD. I grew up witnessing their internal silent agony. They had suffered and been victimized by antisemitism. As the clouds gathered, they left Europe for South Africa.

My maternal grandmother had been rescued from Lithuania, orphaned by murderous pogroms. She was adopted by South African Jews.

Her final words to me, in South Africa, were, “I wish I knew what my real name was and who my birth parents were, and where I was from.” 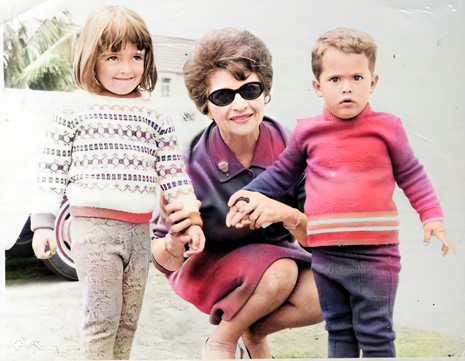 My paternal grandmother was driven insane, never escaping her demons of persecution. My paternal grandfather had been deported, starved, beaten and forced to become a child soldier. His crime? Born Jewish.

Independently, they migrated to South Africa, later learning all of their remaining family members were slaughtered in the Holocaust. Generations of my family were destroyed.

My grandmothers never spoke of their lives, I just knew that they were sad and always hungry. It impacted their every thought, their every action, questioning their every belief.

Grandfather spent his life surrounded by ghosts, sifting through photographs and letters — his memories.

Every day of my childhood saw my grandparents wrapped in an unspeakable darkness of loss. They relived their persecution, every word and action in their lives interpreted through a veil of victimization. The ghosts of the murderers and the murdered were constant mysterious companions.

After their deaths, how could I continue on my way, shirking my inherited responsibility to remember, without reconciling the past horrors with my modern self?

I clung to their memories, with very little actual knowledge of their suffering. I became determined to somehow find and cure the disease of misery that they suffered.

When Lithuania was liberated from the Soviets in 1990, I was one of the very first people to visit.

I walked the streets my grandparents had walked.

I visited the lakes from which they drank.

I breathed the air they devoured. I felt warm shrouds of lives.

I have visited Lithuania repeatedly. I sought out Jewish cemeteries. I longed to say Kaddish as my Grandfather had asked me. I could not find the burial grounds. Most Jewish cemeteries had been plundered, excavated, overgrown and ruined.

My heartfelt work has since been converted by enterprising Lithuanians into tourist sites to lure Jewish visitors. Jewish memory is now a revenue stream for the Lithuanian state.

I applied for restoration of my own Lithuanian citizenship. I realized that I desperately needed a connection to my heritage.

Dishonesty by the Lithuanian government made me research harder, and led to a terrible discovery; the tactics previously used to prevent the rescue of my Grandfather’s family from certain death, were the same tactics still being used by modern Lithuanian bureaucrats to rebuff me.
Five times, I sued the Lithuanian government to expose their sanctioned antisemitism. I wrote the book, Malice, Murder and Manipulation. Since then, Lithuania has seemed to realize that reinstating citizenship to Jewish descendants offers them no risk. The results are positive, a source of business revenue and tourism. Lithuania has since turned citizenship restoration for Jews into a revenue stream.

Not one member of my Grandfather’s family from Lithuania survived the Holocaust.

I remember my grandfather, looking at photographs of his family and friends, silently imploring that one would reach out.

I searched for the killing fields where my relatives had been murdered.

I took candles and stones and recited the Kaddish. I placed photographs of his friends, neighbors and cousins, and if possible, I recited the name and remembered that they were once loved.

Increasingly, I asked – “who committed the murders?”. An answer was – “in this region, it was Jonas Noreika”. I researched Noreika, only to find out that he is hailed as a current Lithuanian National Hero. I appealed to the Lithuanian government for clarification. I uncovered a widespread yet secret agenda to portray murderers of Jews as National Heroes, denying their crimes.

For a decade I have worked to expose this Holocaust denial by the Lithuanian government. The case will finally reach the European Court of Human Rights.

In response to my queries, the Lithuanian Government has (and continues to), go to extraordinary means to silence me and prevent the exposure of truth.

Lithuania has the highest Holocaust murder rate in Europe.

I have met hundreds of Lithuanians. Most have no idea of their actual history. As happens worldwide, they believe a massive number of Lithuanians risked their lives to rescue Jews. So many told me that their relatives were Righteous Gentiles. In fact, only 0.04% of Lithuanians were rescuers; 917 people out of a population of 2,500,000. Yet, almost every Lithuanian I have ever encountered has informed me of the enormous debt of gratitude that we Jews owe them for their humanity.

Much of current Lithuania is built on the blood of her murdered Jews.

Much of their economy is built on plunder stolen from Jews.

Much of the current business focus of the state is to forment Jewish tourism and investment.

My grandparents died with their pain intact. My Grandfather’s last words to me were of his murdered relatives, he calls to me in my dreams to continue searching. I now realize that I absorbed my grandparents’ pain.

I view my own relationships within the legacy of hate, fear and victimization. The pain cannot end until the whole truth is acknowledged.

Still today, Lithuania openly honors the perpetrators of my people’s grief as their National Heroes.

Lithuania is proud of their independence, my grandfather fought in the war to achieve their freedom. In my citizenship applications, his participation, identity and consequent suffering were all denied. They slandered his service. 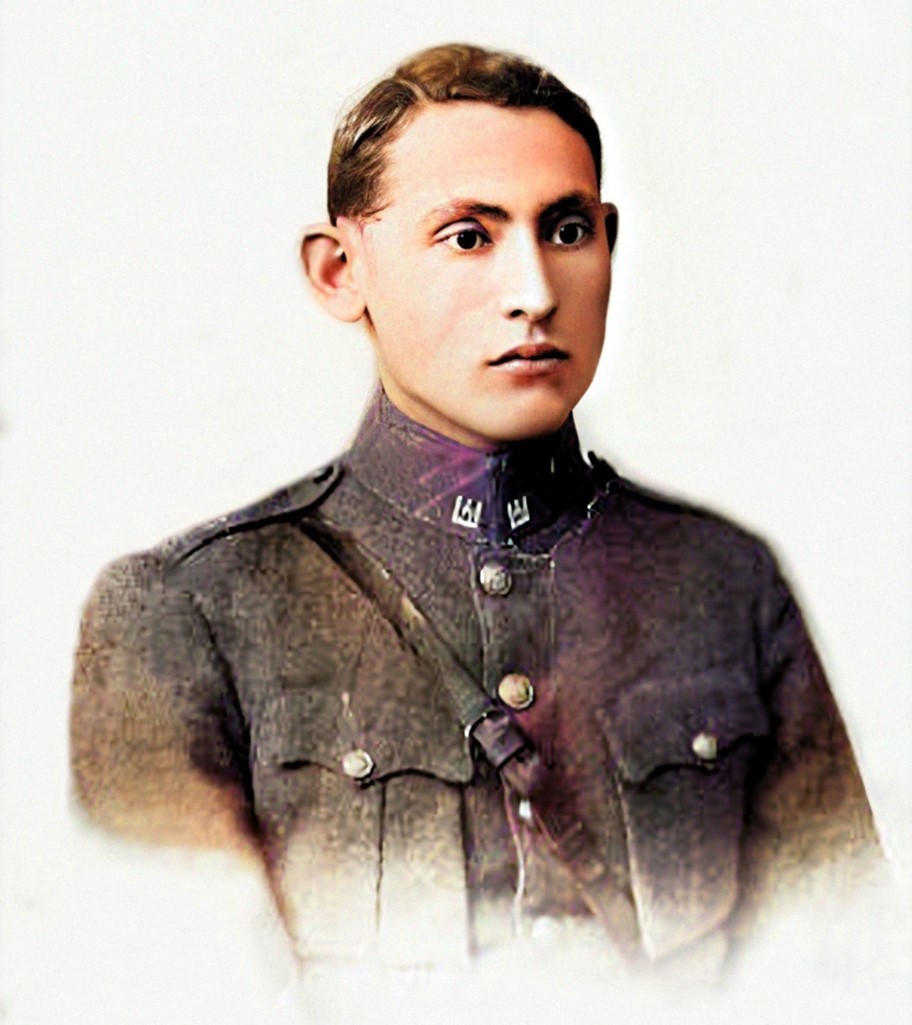 Lithuania speaks lovingly of their “lost” Jews. No-one is lost. Murdered remains are within Lithuanian soil. Their blood fertilizes the land, and, perhaps most egregious, there are National Monuments to the murderers.

We hear Lithuania speak passionately of peace and reconciliation. These ideals are not achievable in an environment of deception. They think we Jews are ignorant of our history, and are ignorant of their continuing antisemitism. We are not.

I did not know that my initial curiosity would become such an obsessive quest.

On this Holocaust Remembrance Day, let us continue to expose the lies and true sentiments of the Lithuanian government.

They must teach children accurate information.

Take down the monuments for the murderers.

Publicly acknowledge what they did.

Allow my grandparents and all murdered Lithuanian Jews to finally be at peace.

Until then, they cannot reach out to Jews.

Thanks to Melody Ziff

About the Author
Grant Arthur Gochin currently serves as the Honorary Consul for the Republic of Togo, and as Vice Dean of the Los Angeles Consular Corps, the second largest Consular Corps in the world. He is the Emeritus Special Envoy for Diaspora Affairs for the African Union, which represents the fifty-five African nations. Gochin is actively involved in Jewish affairs, focusing on historical justice. He has spent the past twenty five years documenting and restoring signs of Jewish life in Lithuania. He has served as the Chair of the Maceva Project in Lithuania, which mapped / inventoried / documented / restored over fifty abandoned and neglected Jewish cemeteries. Gochin is the author of “Malice, Murder and Manipulation”, published in 2013. His book documents his family history of oppression in Lithuania. He is presently working on a project to expose the current Holocaust revisionism within the Lithuanian government. He is Chief of the Village of Babade in Togo, an honor granted for his philanthropic work. Professionally, Gochin is a Certified Financial Planner and practices as a Wealth Advisor in California, where he lives with his family. Personal site: https://www.grantgochin.com/ Silvia Foti’s "The Nazi's Granddaughter: How I Discovered My Grandfather was a War Criminal"will be released by Regnery History in English on March 9, 2021. Harper Collins Mexico has released the Spanish version: Mi Abuelo: El General Storm ¿Héroe o criminal nazi?
Related Topics
Related Posts
Comments