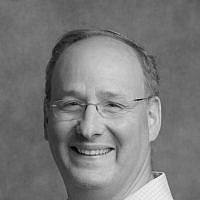 The Blogs
Binyamin Krauss
Apply for a Blog
Advertisement
Please note that the posts on The Blogs are contributed by third parties. The opinions, facts and any media content in them are presented solely by the authors, and neither The Times of Israel nor its partners assume any responsibility for them. Please contact us in case of abuse. In case of abuse,
Report this post. 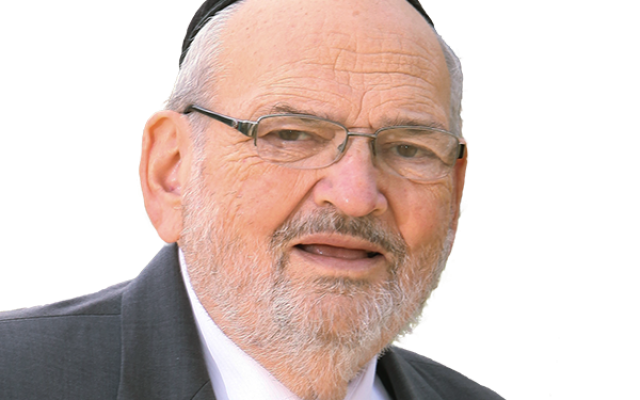 Today at Mincha, my sisters and I will recite our “last kaddish” for our beloved father, Rabbi Simcha Krauss, ob”m. Eleven months, or roughly 330 days, close to 2,500 Aramaic recitations of “Kaddish Yatom,” correctly translated not as the Mourner’s Kaddish, but the Orphan’s Kaddish. For me, it was clear that this would be my ritual. My sisters were not sure, but started, and quickly recognized that they would not stop and they would not miss.

I did not get off to a good start. Entering the synagogue in Jerusalem on Shabbat, on the very first day of our shivah, I miscalculated the routine of the shul, and entering three minutes late meant I missed the first kaddish. Deflated, I considered running to a later minyan (I was in Jerusalem, after all), but my family and the rabbi convinced me to stay, and made it clear that my father would concur. For the first time, he was not there for me to ask the questions I could not answer, and for the first time, I needed to channel his thoughts. I think they were right — he would have told me that there is no halachic requirement to seek another minyan.  He also would have encouraged me, as he did in so many other contexts, to not wait until the last minute. Rushing doesn’t work, and isn’t healthy. Not at airports and not when you need to be on time to shul. Aside from that day, I only missed once, deciding to fly to Europe for a meeting, and recognizing that there would likely not be a minyan on an Austrian Airlines flight to Vienna. Other than that Maariv, I made them all.


My sister, a psychologist, commented last week that normally, things that bring us stress are things that we come to resent. Not so with our kaddish. I will not miss the stress that followed me, consistently, for 11 months; will I wake up on time, will there be a minyan? At the same time, it always felt meaningful. Words that I did not fully comprehend, but whose meaning, to me, came more from the familiar sounds and their associations than any particular theological declaration. It was a forced ritual that derived its meaning from its rituality, its consistency. Those words, uttered in any shul, from any seat, proclaimed to my friends and to strangers that I was grieving. And they proclaimed to my father that I miss him.

As a principal of a Jewish day school, I had 180 days largely covered. Davening with my students felt right, and was certainly convenient. For a few months, my kaddish overlapped with an 8th grade student who had lost his mother. Our shared kaddish made it painfully clear to me that not all grief is equal — mine was far more natural than his, and I tried to be sensitive to even suggesting a comparison. On other days, when it was too early to daven Maariv at school, on weekends, vacations, and when traveling, the stress was higher. Tips from friends, minyan finder apps like godaven, and getting to know the routines of some of the local shuls I rarely attended previously became another forced but meaningful connection.

Overwhelmingly, my experiences were positive, and I felt accepted and welcomed. The Hasidim in Lincoln, New Hampshire in August made sure to take care of me, and my entire family appreciated the connections we made with a culture my father found natural, but has been less so for me and certainly my children. Flight attendants were kind when I explained that I did not want to miss, and they allowed me to make a minyan that was fast, safe, and minimally disturbing to others. The Sephardic shul in Herzliya allowed me to lead the services in my Ashkenaz nusach (liturgy), and the regulars at a hidden beit midrash (study hall) at the Hotel Tamar in Tel Aviv encouraged me and my sister to stay for a parsha class.

My sisters encountered an additional layer of stress, not always knowing if their kaddish recitation would be allowed, or if they would need a man to be present to say it with them. I can only imagine how hard it must feel to want to connect with your father over a religious ritual, wondering if your practice will serve as a source of tension, polarization, or embarrassment. I think they too found the responses mostly positive, and were grateful for that. Their experiences heightened my sensitivity to the women in my school who were saying Kaddish at the same time as I was, and I know they appreciated that.

I had my own protectors along the way. Friends who made sure that we could vacation together and committed themselves and their children to the daily minyan. Members of my shul who, especially at the beginning, reminded me that a kaddish was coming up, as I looked zoned out.

A few weeks ago, I spent four days in Israel, on a trip with local clergy and elected officials from the Bronx. I was forced to leave the group to find minyanim, and of course everyone was kind, flexible, and understanding. I had a close call, as we spent an afternoon in Ramallah, and I did not know if we would make it back to Jerusalem in time for Mincha (we did, barely). The tension added a personal angle to a complicated day for me, thinking about Jews and Arabs living in the same place, but separated by physical, legal, and psychological barriers. The next day, we were visiting Yad Vashem as the sun was setting. That intentionally dark and narrow space, zigzagging chronologically through the story of evil inflicted by man on others, and one that my father narrowly escaped in the 1940s, felt too much for me to process. At that moment, I felt like my father pulled me out of Yad Vashem as we were approaching 1941, mercifully telling me that I needed to go to shul, to exit into the light, and to embrace the living.

There is no ritual associated with our last kaddish tomorrow. No havdalah separating a moment of “kodesh” from “chol.” No Neilah formally offering us one last chance to connect. No seudah (meal) to bring our family and friends together for comfort and support. We tried to create our own rituals — sponsored seuda shlishit in our shul, where I shared some of these reflections. We had a kumsitz with some family and friends, sharing songs that our father liked, or that were otherwise connected to him (perhaps the first kumsitz that included both “Ana Hashem” and “Anu Hapalmach,” but our father lived in many worlds).

Perhaps the most ritualized ritual in our tradition is suddenly absent from any ritual. I do not know why this is. I can daven Mincha at 4:20 p.m. tomorrow and recite kaddish among the mourners and the orphans, and at 4:30 p.m. the sun sets, and I am silent after Maariv. Maybe the abrupt change is the ritual itself? In its absence, the statement is loud and clear, and somewhat unbearable. As with death itself, it leaves more questions than answers, and at the end of the day, even the words of kaddish are limited in the comfort they provide. But I know that I will try to join my community in prayer tomorrow night, in my new supporting role, trying to be there for others, allowing their grief to be the focus, hopefully serving as a source of pay-it-forward kindness as others did for me, and knowing that my connection to my father, strengthened by this ritual, will outlast it, because his love and his life will forever be a part of me.

About the Author
Rabbi Binyamin Krauss is Principal of SAR Academy, a Modern Orthodox co-educational day school in the Bronx, NY. SAR Academy is dedicated to the belief that every child possesses a divine spark, has unique worth as an individual and should be encouraged to achieve according to his or her ability. Our warm environment promotes confidence, creativity and enthusiasm for learning. In our approach to academics, we nurture students to develop intellectual curiosity, critical thinking skills and a lifelong love of both Torah and Secular studies.
Related Topics
Related Posts
Binyamin Krauss