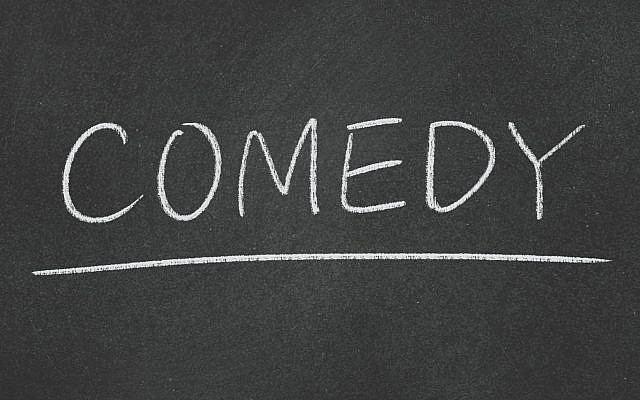 In my last column, I presented Jordan Peterson’s injunction to make your life a comedy. During COVID-19, I’ve been taking that advice to heart, sitting at the knee (metaphorically speaking) of Mary Tyler Moore to get a little more clarity on what that would look like.

After all, her sitcom, with a pilot that ran 50 years ago this month, garnered 29 Emmys and high ratings throughout its seven year run. It spawned multiple spinoffs. All the actors and writers went off to rack up more accomplishments, another sign of its legacy. Can we learn from Mary? Can she help you make your life a comedy?

You bet! But first! A segue – believe it or not – to Genesis.

Soon the Jewish world will inaugurate the cycle of Torah reading, starting again with Genesis. We will read:

and a river flows from Eden to water the garden; from there it divides and becomes four major rivers. (Genesis, 2, 10)

What is the single source that imbues life? The answer: the tzaddik, the righteous elder, the sage. The four elements, each with properties that are radically different from the others, will fall into disharmony unless they continue to receive life force from the tzaddik.

The Likutey Halakhot states that while all people are comprised of all four elements, each person has a root in one particular element and possesses character traits that derive from that element. Given all our intrinsic differences, the capacity exists for terrible strife. In fact, without a harmonizing force, strife is the norm, resulting in conflict and chaos.

Back to Mary. Each character on that show struggled with one – or more – of the ‘deadly sins’. Rhoda: eternally envious of the beautiful Mary. Lou Grant: an angry bully, a drinker, an over-eater. Ted Baxter’s pride knew no limits. Sue Ann Nivins: driven by lust and pride. Murray Slaughter discharged his anger issues via an ongoing stream of passive-aggressive insults.

In other words, all the people in that show were . . . like us! Full of flaws, given over to excesses, prone to conflict.

Phyllis hated Rhoda. Ted was a trigger for Murray and Lou; Sue Ann, for Murray and the feeling was mutual. Then you had Mary, modulated, driven by the urge to be good, to make things good, to see the good in the broken people around her.

Mary: the harmonizer, ignoring provocation, then, in some moments, setting limits; in others, registered the lunacy around her. Mary played it straight and conflicts became fodder for laughs. That show was a Jewish morality play! We could all stand to learn from Mary Richards or, for that matter, from Mary Tyler Moore, herself.

She, who, in a certain sense,  stood at the helm of the women’s liberation movement, in terms of how much she achieved professionally, how many women she employed. At the same time, she refused a role in social activism instead fundraising for her causes. Of course. her lead attribute: a quiet grace. Here’s a quote that is attributed to her:

I live in a type of controlled awareness. I wouldn’t call it fear, but it’s an awareness. I know I have an obligation to behave in a certain way. And I am able to do that.

Want to be a harmonizer? There is a quiet technology to master. As you architect the new  you, given a new Jewish year, channel Mary!

She who is mindful of her impact, cautious in her dealings, calibrated, allows others to shine their light, full of their idiosyncrasies, creates environments where humor emerges, dwarfing judgement, the more usual currency in our social universe. Emulate the one who immortalized the trait of Grace in a medium that would, in a few short years, abandon reverence and traditional values, altogether. Fifty years later, put the hours you spent watching Mary – in your formative years – to good use. Make your life a comedy.

Bernstein, Paula (2020) Love is All Around and Other Lessons We’ve Learned from the Mary Tyler Moore Show. New York: Hachette Book Club.

Poizner, Annette (2020). Knock, Knock”: The Kabbalah of Comedy. Toronto, Canada: The People of the Books, Ink.

I am a participant in the Amazon Services LLC Associates Program, an affiliate advertising program wherein associates earn a small fee by linking to Amazon.com.