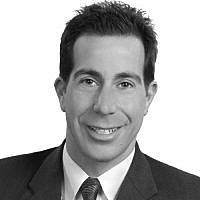 The Blogs
Anthony Housefather
Apply for a Blog
Please note that the posts on The Blogs are contributed by third parties. The opinions, facts and any media content in them are presented solely by the authors, and neither The Times of Israel nor its partners assume any responsibility for them. Please contact us in case of abuse. In case of abuse,
Report this post.

Walking into Teddy Stadium in Jerusalem as part of the Maccabiah Games opening ceremony is very special for any athlete. Following your national flag, hearing the roar of the crowd, feeling the excitement of your fellow athletes who are sharing the moment with you, all combine to create a sense of exhilaration. Having experienced this before, in 2017 this feeling was not new to me. What was new, was that when I walked into the stadium this time, our Prime Minister’s video was playing on the big screen in the stadium and when he saluted the Canadian team, he mentioned me by name and wished me luck as his friend and colleague. As the stadium announcer said as we walked by, “that’s some pressure on Anthony with the Prime Minister singling him out.” As far as anyone seemed to know, I was the first Member of Parliament to seriously compete at the Maccabiah Games and I knew that not only were my friends and family and teammates paying attention to how I performed, but so were many others.

While the pressure was on, my enhanced visibility also gave me an incredible opportunity. Maccabiah always allows you to make many friends and have incredible conversations with people from around the world who are competing. But this time, lots more people approached me. Ordinary Israelis who saw me on the street in Tel Aviv, expatriate Canadians living in Israel, athletes and their families from many countries who wanted to better understand Canadian politics and policies. Many of their questions involved Canada’s position with respect to Israel.

I was pleased to let them know that I am one of a record 7 Jewish Liberal Members of the Canadian Parliament. All of us were elected for the first time in October 2015, when our leader Justin Trudeau became Prime Minister.

Prior to 2015 many Israelis had become aware that Canada under our former Prime Minister Stephen Harper had become perhaps Israel’s closest international ally. While I had a number of disagreements with our former Prime Minister on domestic policy, I strongly favoured his support for the Jewish state. So did many other Liberals. And as we had promised in the 2015 election campaign, we have shown uncompromising support for the State of Israel since our election.

Our government has maintained Canada’s votes at the United Nations. We join Israel, the United States, Micronesia and the Marshall Islands as the only countries to consistently oppose the unfair and systematic anti-Israel resolutions brought before the General Assembly each year. We have led the opposition to the unilateral recognition of a Palestinian State at international forums. We have adopted a Parliamentary resolution condemning the BDS movement and those groups in Canada supporting BDS. We have worked to enhance the Canada-Israel Free Trade Agreement. Prime Minister Trudeau has visited Auschwitz and I was privileged to be part of the audience at the Montreal island’s largest synagogue last Yom Kippur as he spoke to over 2000 people about that experience and his visit to Israel for Shimon Peres’s funeral, on Kol Nidre night. In Canada, like the United States, support for Israel has become a bipartisan consensus supported by both Liberals and Conservatives. I strongly believe Israel should not be an election issue in our country. Jewish Canadians should be able to vote on other issues, with the firm knowledge that whichever of our country’s major parties wins the election, Canada will be firmly in Israel’s corner. Having had the privilege of meeting a number of members of Israel’s foreign service during this trip and others, I know that the Israeli Government is very pleased with its relationship with Canada. I will work hard, as will many of my colleagues, to continue to enhance this vital link.

When talking to fellow athletes and family members from other countries, I know their experience is very different. Whether it comes to security for the local Jewish community or the relationship between their nations and Israel, they have a very different life experience from me and my country’s Jewish community. I look forward to working as part of the World Jewish Congress’s International Conference of Jewish Parliamentarians to help Jewish communities in other countries advance these causes. Relationships I developed at these Games will be very helpful in this regard. 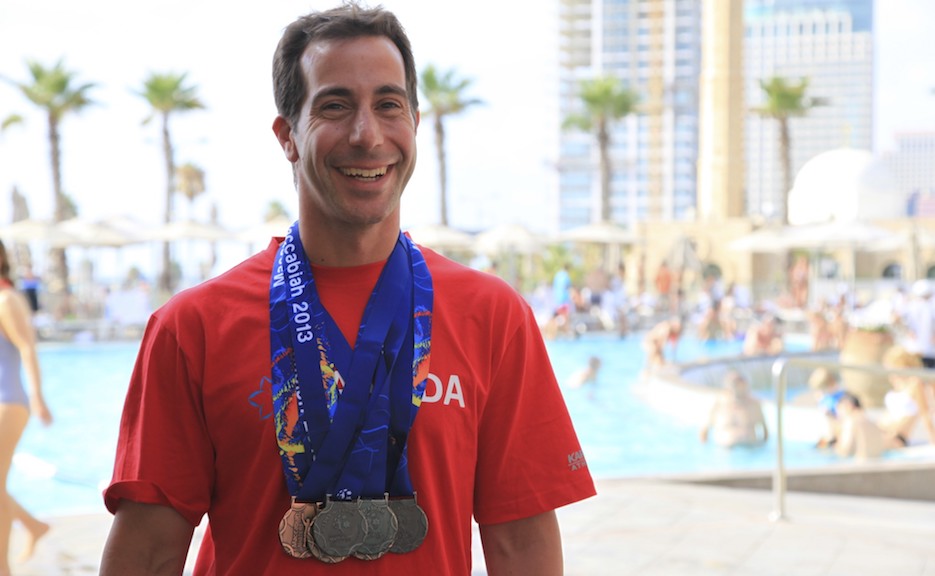 In the end, these Games were very successful. I trained really hard and I won five medals in swimming. Going home with these medals gave me a great sense of accomplishment and national pride. But the relationships I made during these Games were equally, if not more important. I know many of them will last a lifetime.

Anthony Housefather is a Canadian Member of Parliament, representing the Mount Royal riding on the island of Montreal. He is also Chairman of the House of Commons Standing Committee on Justice and Human Rights