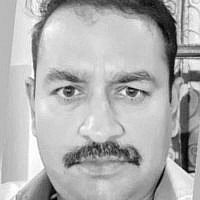 The Blogs
Himanshu Pundir
Apply for a Blog
Please note that the posts on The Blogs are contributed by third parties. The opinions, facts and any media content in them are presented solely by the authors, and neither The Times of Israel nor its partners assume any responsibility for them. Please contact us in case of abuse. In case of abuse,
Report this post. 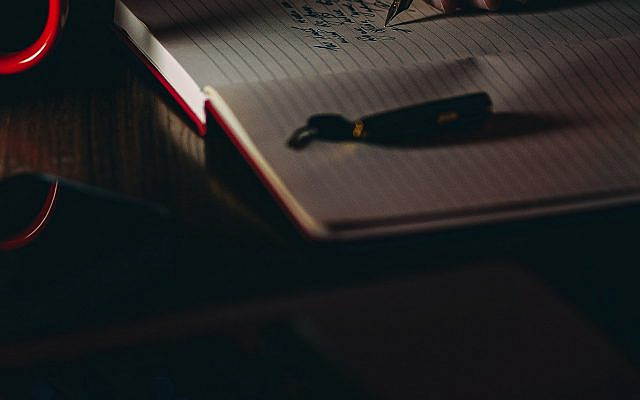 Photo by Eugene Chystiakov on Unsplash

Just a few days back, as I was scrolling through international news, I came across an intriguing article titled “Israelis see handwriting as true personality test”. Being a graphology enthusiast and practitioner, the title caught my attention. Arie Naftali (1986), Israel’s famous graphologist while highlighting popularity of graphology in Israeli society exclaimed that “The first time people marry, they’re either in love or so sure of themselves that they don’t ask…But before they marry for a second time, they go to a graphologist.” Such is the popularity of graphology in Israel. 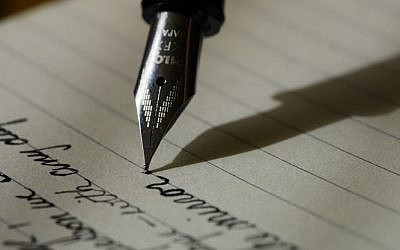 Handwriting analysis originated in Europe and its popularity in Western cultures is well established. Although graphology is a revered and accepted domain in the West, it doesn’t find the same degree of acceptance in mainstream Indian society. While few are open and receptive to the idea of reverse mental engineering and personality assessment using handwriting, many reject it as humbug. However in my personal experience, it is a science as well as an art.

After over twenty years of association with graphology, I finally decided to pen down my experience with handwriting strokes. My first encounter with graphology goes back to the winter of 1999. After my school and college education in the coveted convents of Mussoorie and Lucknow – two popular towns of the British era, I transited into a silent, shy and idiosyncratic individual in my late teens. I mostly kept to myself, lost in my own world. The most important turning point in my life came when I decided to join the Indian Army. My days at the National Defence Academy (NDA) and the Indian Military Academy (IMA) were a mix of professional achievements punctuated by personal hiccups.

As a second lieutenant, my first assignment came at the time when nuclear India successfully created history in the Thar Desert firing ranges. It was a moment of pride for the entire country, and as an Army officer I rejoiced India’s feat, overwhelmed with feelings of patriotism and nationalism. However, on the personal front there was some emptiness gnawing within me. Boredom, isolation and a sense of loneliness dawned upon me in the vast deserts, and owing to my newly found freedom, I had gravitated towards certain material indulgences and wrong habits. I was living on the edge. As destiny had it, my life was going to change for better, but only after touching the depths of despair.

A fine evening spent in the company of cannabis (bhang in colloquial hindi) and colleagues turned into a night of horror when I met with a serious road accident and landed in the Military Hospital. I was in excruciating pain and was deemed “medically unfit” for the rest of my career owing to my health condition. As I was struggling to recuperate, I learnt about the demise of a close friend– my course mate and a fighter pilot in a separate incident. Mental agony overpowered my physical suffering, and this spiral of events had pushed me into a state of grief, hopelessness and depression.

After getting discharged from the hospital, I decided to visit my childhood friend in Delhi. As we were strolling in the streets of Connaught Place, I felt magnetically drawn towards a book store and found myself in the Psychology section holding a book on “handwriting analysis”. This accidental encounter with graphology changed my life. The memory of that evening is tattooed in my brain. I voraciously devoured the book that very night, flipping pages and analyzing my own handwriting. I ended up identifying at least eighty-seven negative traits I was harboring within me. It was my moment of awakening.

The first few years were dedicated to reading all possible literature available on graphology, psychology and philosophy produced by historic as well as contemporary writers, in an attempt to train myself on the job. As they say, handwriting can reveal a person’s innermost secrets. I used it as a tool to look within me and later, to understand people around me. I began to comprehend how every alphabet holds a secret to the human mind. I was a student of the subject, teacher for a few and my own first case study! Once I saw the phenomenal changes within, I was confident that I could help others around me in their journey of self-discovery. Thus I started analyzing writings and counseling people around me – seniors, peers, subordinates, parents, teachers struggling with their students; professionals struggling in their careers; police and military officials trying to dig deeper into their subjects’ minds – I had my stint everywhere. Over a period of time, I experienced the power of graphology firsthand. 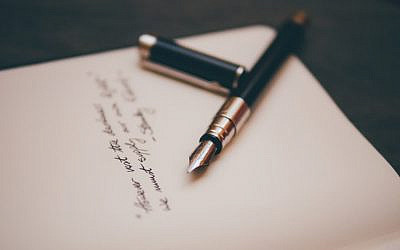 My professional accomplishments and personal growth were a stunning surprise for many people, including myself. Over the last two decades of my life, these random strokes on a piece of paper coupled with some answers from ancient Indian scriptures became my life’s passion and purpose. I look back and realise, I have come a long way, and as I look ahead I realise I still have a long way to go. I had vowed to myself to share my journey of Self discovery, Self knowledge and Self-awareness with as many people as I can, beyond borders!

About the Author
Himanshu is an Army officer by profession and graphologist by passion. He has served in the Indian army for over 23 years, and has been involved in handwriting analysis for over two decades. He loves traveling and learning from first-hand experience. He's a spiritual soul and an avid reader of ancient texts across religions.
Related Topics
Related Posts
Comments