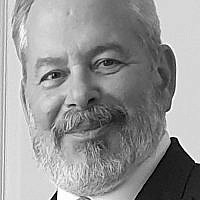 The Blogs
Geoffrey Hyman
Apply for a Blog
Please note that the posts on The Blogs are contributed by third parties. The opinions, facts and any media content in them are presented solely by the authors, and neither The Times of Israel nor its partners assume any responsibility for them. Please contact us in case of abuse. In case of abuse,
Report this post. 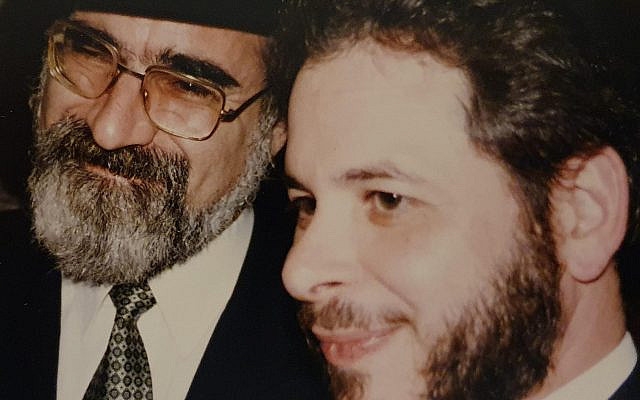 Sometimes in life you meet an individual who you consider to be your soulmate. As a child growing up in Belfast my great-great uncle Kushel was such a person; he was a much loved and respected tzadik.

In shul I sat a few rows behind him imitating his murmured sounds of davenen, he would turn around and smile at me, but rarely did I converse with him. His cherished presence has travelled with me throughout my life he was my silent mentor.

Rabbi Jonathan Sacks has been part of my life for 44 years, as a fellow student, as my tutor for Homiletics (art of preaching) and Philosophy, as a colleague in the Rabbinate, and as my Chief Rabbi.

For some unknown reason I always felt an attachment to him, even when a I left the full-time Rabbinate to pursue a career in gardening.

We first met at Jews’ college in 1976, I was an undergraduate and he was studying for Semikhah. I had studied three years at Gateshead Boarding School and five years in Yeshivos, where I had been mentored by great Rosh Yeshivos.

Jonathan was from a different background, he was a distinguished Cambridge graduate with a double first in philosophy, but our paths came together as talmidim of the great Rav Nachum Rabbinovitch, Z”L, Principal of Jews’ College.

Rav Nachum was a giant physically and spiritually. He possessed a rare combination of being a distinguished academic in the area of mathematics and an outstanding Talmid Chacham, with a reputation as a leading posek, (halakhic decisor). This combination was rare in Anglo-Jewry.

In 1974 I had taken a break from Yeshivah because of overstudy and ended up back home in Belfast for a much-needed rest. My aspirations at the time was to return to Yeshivah and then to advance to Kollel, after which, I would seek a leadership role within the Yeshivah world.

However, whilst in Belfast I was asked to help the community as they were without a rabbi and the chazan had had a heart attack. So, there I was as a young 21-year-old initiated into communal service without any formal training. After two years, a dear friend, Nigel Ross, A”H,  a student at Jews’ College, advised me to go to his if I wanted to pursue a rabbinical career in Anglo-Jewry. I had, already during this time, widened my Yeshivah background by immersing myself in the study of philosophy and history.

So, I took Nigel’s advice and enrolled at Jews’ College. That is where I first encountered Jonathan Sacks. My first impression of him was of an elusive character. Some days he would hurriedly walk into shacharit with a big smile and greeting everyone, but on others he would be silent.

Not long after I arrived, Jonathan was appointed as a lecturer and taught philosophy. His lectures were stimulating and inspiring. When Rabbi Maurice Unterman retired as tutor for homiletics, the position was passed to Jonathan, who was already recognised as a gifted orator. I graduated with my BA (Hons.) and Jonathan gained his semikhah. He did his doctorate, and I gained my semikah. Semikhah from Rav Nachum was indeed a privilege. In his ten years as principal of the College, he only gave three, the other going to Rabbi Yaakov Grunwald.

Our relationship during our student days was not always even keeled.

When I was resident of the Students Union we had a “berogez” over a major issue. One day  Rav Nachum called me to his office and said: “Geoffrey, one day you will need each other, so make up” and so we made up.

In one respect he was right; I would need Jonathan! In our Rabbinate days we had our disagreements, but we remained close, because deep down I had the utmost admiration for him. Personality wise we were opposites, he was quiet, reticent, and introverted; I was noisy, outspoken, and extroverted. Once after a heart to heart with him at his residence at Hamilton Terrace, as he escorted me to the front door I turned to him and said: “Jonathan, it was so great having such a conversation –  why couldn’t it have happened earlier?” He replied: “I am what I am!”

As Chief Rabbi, he inducted me into office twice, at Belmont in 1992 and on my return to being a full-time rabbi in Ilford in 2007. Over the years, he and Elaine stayed in our home for many Shabbtonim and he graced numerous events in the communities I served. I relished his company and was exceedingly grateful that he agreed to spend a Shabbat in Ilford with us before he retired as Chief Rabbi – a gesture he expressed in recognition of our long friendship.

When he retired from the Chief Rabbinate his busy schedule meant that I rarely saw him, but it was through his writings and broadcasts that I read and listened to avidly, that I felt “in touch with him”. From time to time I would send messages to him via his office staff, but I sorely missed being in his company.

Now, with his passing, I realise he must have been a soulmate – my silent mentor. I am sure there are many among the millions across the globe who followed him through social media, who will equally share these sentiments. His written and spoken words were the pearls of poetic magnificence. He was the voice of hope and faith in the mould of the prophets of old. He more than fulfilled his calling on earth and has left behind a giant ‘spiritual imprint’ on face of the planet.

As I heard the news of dear Jonathan’s passing, the words from the lament for the ten great rabbis who died as martyrs, rang out to me: “What has become of the tongue which so fluently taught with such utter eloquence?”

We remain grateful that his legacy will live on to be shared with future generations. As I said to my wife Michelle a few years ago, following the publication of one of his more recent books: “in time to come, Jonathan Sacks will be considered as one of the greatest thinkers of this generation”. Jonathan – your time has come!

Our thoughts are with his dear wife, Lady Elaine, his children, brothers and grandchildren. Their loss is our loss, and our loss is indeed a global loss.