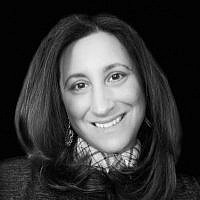 The Blogs
Adina Frydman
Apply for a Blog
Advertisement
Please note that the posts on The Blogs are contributed by third parties. The opinions, facts and any media content in them are presented solely by the authors, and neither The Times of Israel nor its partners assume any responsibility for them. Please contact us in case of abuse. In case of abuse,
Report this post. 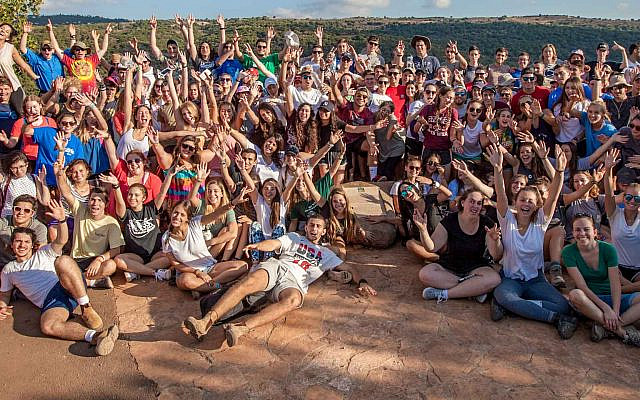 Letter to my dear son on the eve of his departure to Year Course (and on the 125th Anniversary of the Zionist Congress):

Yesterday, I held a newborn and tomorrow, I send you, our bachor, first born, off to Israel for your gap year, on Young Judaea’s Year Course. Where did the time go? Just yesterday I was telling you bedtime stories about my adventures in Israel and tomorrow I will bid you farewell, as you set off on your own coming-of-age pilgrimage to the Promised Land. But before you leave, I have some parting words.

This week was the 125th anniversary of the Zionist Congress in Basel. As you and 219 other young people make their way to Israel on Year Course, I wonder what you will make of Herzl’s Zionist dream.

Will you be inspired by it? Will you be impressed at the ways in which that dream has become a reality?

The Jews who will it shall achieve their State. We shall live at last as free men on our own soil, and in our own homes peacefully die. The world will be liberated by our freedom, enriched by our wealth, magnified by our greatness. And whatever we attempt there for our own benefit will redound mightily and beneficially to the good of all mankind.” — Theodore Herzl

What we have built in less than 75 years is short of a miracle. We are a refuge for Jews, a startup nation, a democracy in the Middle East, and so much more.

Yes, we are a regular country with crime and corruption, poverty, and discrimination. Yes, we have extremists, on all sides, whose zealotry makes them willing to kill or to die for their ideologies. Yes, we have our own country and are living freely in it, but not all are truly free.  Yes, sometimes it feels like a zero-sum game in which our particularistic values are pegged against our universalistic values. But it need not be that way. Being a Zionist means not settling for the status quo.

You have always had a deep sense of justice, from when you were a little kid, carefully keeping track to make sure your siblings had the same amount of Shabbat candy as you, to when you went out of your way to be friends with the bullied kid on the playground. Hold fast to that sense of justice and channel it but don’t be pulled into the zero-sum game. Life is not that simple. Lean into the “Yes, and” space. Don’t disengage with Israel like a growing number of young adults in North America. I invite you to join me as part of the “troubled, committed,” as Donniel Hartman invites us “to close the gap between Israel as it is and as it should be.”

Will you find the inspiration to become part of the next phase of Zionism? To aspire to bring the reality closer to the dream? I dare you to dream your own dream. Because it is you and your fellow Judaean peers who are the future of Zionism. It is incumbent on you to dream the dream. Herzl told us that “if you will it, it is no dream,” and he went on to say, “and if you do not will it, a dream it is and a dream it will stay.” Our forefathers and foremothers lay the groundwork for you and now it is up to you to continue it.  “Lo alecha hamlacha ligmor, v’lo ata ben chorin l’hivatel mimena,” (Pirke Avot 2:16).

I know this may feel daunting. After all, you are only 18 and this is the beginning of the rest of your life. So, let’s take it one step at a time.

As you set off on your journey, some parting advice:

Let yourself fall in love with her, be challenged by her flaws, and then commit to making her better.

No pressure, but you are the future of Zionism, my son.

And finally, I wish you safe travels with the traveler’s prayer, tefilat haderech:

About the Author
Adina H. Frydman is the new CEO of Young Judaea Global. Having spent 12 years at UJA-Federation of New York, first spearheading the synagogue department, SYNERGY and then as executive director of Community Resources, Adina focused on strengthening the NY Jewish community and its organizations through Talent Development, Synagogue and Day School Initiatives, Community Volunteerism, and Crisis Mobilization. In addition, she contributed to thought leadership in the area of synagogue change by producing leading research in areas such as Voluntary Dues, Data Driven Decision Making, Synagogue Engagement of Young Adults, Russian Speaking Jews, and Empty Nesters, as well as developing key attributes for a thriving synagogue. Before coming to New York in 2008, Adina was the Director of Focus Israel at the St. Louis Jewish Federation, where she worked to foster engagement between synagogues and Israel. In addition, Adina received a Bachelor of Music from Stetson University and Cantorial Investiture from Hebrew Union College-Jewish Institute for Religion. Adina founded the music program at the Brandeis Institute for Music and Art (BIMA), directed several choirs through HaZamir: The International Jewish Teen Choir. Recently, she completed the inaugural fellowship of the Mandel Executive Leadership Program. Adina is the proud mother of four children.
Related Topics
Related Posts