It had taken more than luck for Mike to break away from CENTCOM’s Desert Crossing preparations to steal a weekend with Barb. He was lucky to have made friends with the DCINC in Tampa. Despite their generational differences, the two bonded over their exceptional dual marksmanship skills and passion for war games.

Mike and the Deputy Commander in Chief also shared a somewhat secret fondness for the 46th governor of Texas. They’d been surprised to find themselves in the same room with Governor Bush during a relatively private meet and greet hosted by a retired Marine general during one of the presidential hopeful’s recent campaign swings through the state.

Despite the fast approaching Desert Crossing deadline, Mike had to see Barbara.

Within moments of the chief signing off on his 36-hour leave request, Mike was speeding across the Sunshine Skyway bridge while changing from fatigues to ripped jeans and the t-shirt he’d purchased along with Garth Brooks’ Double Live album that was blasting through the speakers of his green Toyota 4Runner.

Racing down Alligator Alley, his heart began to pound in anticipation of their reunion. 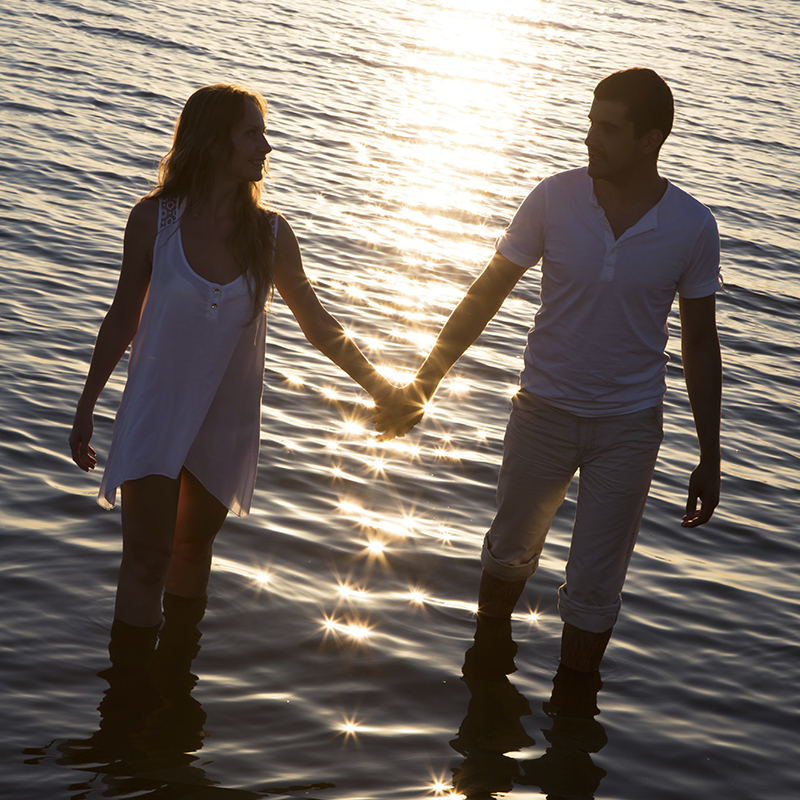 Mike and Barb during happier times.

“Why aren’t they calling back?” Barb wondered with more than a little disappointment. “Are they the only people in Florida who don’t already have a cell phone?”

When Mike answered her call, she smiled as she heard Callin’ Baton Rouge playing in the background.

“How’s my sweet Baton Rouge?” he asked. “Two hours away and I can’t wait to see you.”

“I can’t wait either,” Barb replied. “But, ummm, I haven’t been able to reach Sam and Sandra to let them know I won’t make it to dinner.”

“Keep trying,” Mike said. “If you can’t reach them, we’ll go together, make it quick, and then head out to the beach,” he suggested.

Two hours later, Mike pulled into the space next to Barb’s car in the mall’s underground garage, glancing momentarily at the filthy wall of the parking lot before realizing Barb was already in his truck. Before he could turn oft the ignition, she was in his arms, not caring where they were as they shared the passion of young lovers who couldn’t know when they’d be together again.

“Can we steal 15 minutes before heading in?” Mike asked, already knowing there was no chance his sweet Baton Rouge could say no.

Knowing others wouldn’t see more than moving shadows through the dark tinted windows of his 4Runner, Mike and Barb loved each other like it was their first time and perhaps last time too.

Barb leaned forward from her fully reclined seat to check the time. “Mike, we’re 20 minutes late. How did half an hour pass so quickly?”

The pair straightened themselves up, stepped out of the SUV and walked hand in hand into the restaurant to find Sam and Sandra giggling at the sight of the approaching couple.

Mike’s attention shifted back to the here and now.

He and Barb were no longer that young couple in love. They were in a weekend retreat searching for any last-ditch sign of hope for a marriage that had more years of sour than sweetness.

The instructor’s words echoed in his head.

“When something happens in our relationship that reminds us of upsetting, hurtful events from our past, we can easily find ourselves handing the bill for all of that to the person in our life today. It’s as if now he or she is responsible for making up for all of it,” he’d said.

“Is that what happened?” Mike wondered to himself. Had he handed that bill to Barbara and somehow turned his sweet Baton Rouge into the enemy?

Their eyes met as he moved closer to his wife, although this time he wasn’t seeing the woman with whom he’d been fighting for more years than he cared to count.

For a moment, he remembered his sweet Baton Rouge. And there she was, sitting beside him.