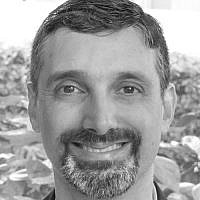 The Blogs
Edward Bernstein
Rabbi, Chaplain, Educator, Writer, Husband, Father
Apply for a Blog
Advertisement
Please note that the posts on The Blogs are contributed by third parties. The opinions, facts and any media content in them are presented solely by the authors, and neither The Times of Israel nor its partners assume any responsibility for them. Please contact us in case of abuse. In case of abuse,
Report this post. 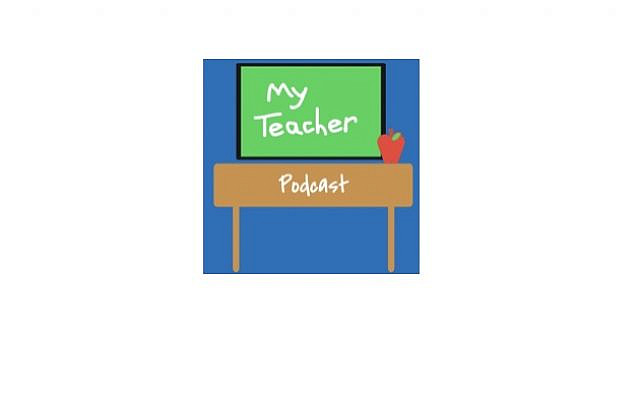 The My Teacher Podcast with Rabbi Ed Bernstein is now available on most major podcast distribution channels.

As a child in the early 1980s, television was much more limited than it is today. Cable TV was barely getting started. Netflix didn’t exist. My family did not own a VCR. I grew up watching what was available on broadcast TV. That included lots of reruns and recycled movies. One movie that I watched practically every time it was on TV in those years was the 1979 buddy film “The Frisco Kid.” Gene Wilder plays Rabbi Avram Balinsky, who arrives in America from Poland in 1850 to lead a community in San Francisco. He must trek across the continent, largely on foot. Along the way, the rabbi meets a bandit named Tommy, played by Harrison Ford, who starts out as an unwitting guide. Along the way, they develop a trusting friendship. The Rabbi is growing to appreciate Tommy as they are trudging through snow. The Rabbi says to himself, “In the Talmud it says, ‘Find thyself a teacher,’ and this I have done.” There is a long pause as the snow turns into a blinding blizzard. The Rabbi continues, “However, there were times I feared that he would find another pupil.”

As I got older, I was thrilled to discover the source of “The Frisco Kid” quotation in Pirke Avot. Joshua ben Perahiah (1:6) exhorts individuals: Asei lecha Rav, find yourself a teacher. Rav means teacher or master. In first-person possessive form Rav becomes Rabbee, my teacher, or as we say in English, Rabbi.

More significant than the word  Rav is the verb asei. Rabba Tamar Elad-Appelbaum writes, “The Hebrew verb literally means “to make” or “to fashion,” and thus suggests that one must actively and consciously select a teacher, rather than passively following along whoever happens to be present” (Pirke Avot Lev Shalem, p. 24).

As Shavuot is upon us, it is an apt time to reflect on the central role that teachers play in our lives. Shavuot is known in Hebrew as Z’man Matan Torateinu, the season of the giving of the Torah. We celebrate the people of Israel receiving the Torah from God at Mt. Sinai, with Moses acting as an intermediary, however we understand that transmission. In classical Jewish texts the Biblical figure Moses is referred to as Moshe Rabbeinu, Moses Our Teacher. The ultimate model for leadership is a teacher, par excellence.

Rabbinic literature likens a teacher to a parental-like figure who does not impart information but models how to live a good and ethical life.  In fact, the teacher is often elevated above the status of parent, and it is such a teacher and guide that the Rabbis instruct us to find for ourselves. The Talmud elaborates on the status of the teacher as a super-parent.

When parents are, in their own right, Torah scholars their status supersedes teachers. Otherwise, the teacher takes precedence. I am not advocating disrespecting our parents in any way. I’m not sure the texts must be literally true. However, the texts teach profound truth that when we are fortunate to find a teacher who can act as a guide and mentor in navigating the complexities of life, that influence is at least as sacrosanct as the influence of parents on children.

In modern times, our society does not provide teachers the same level of honor they once received. In the American public school system, teachers are notoriously underpaid and required to teach towards standardized tests. Their potential as exemplars of moral character is under-appreciated. About 60 years ago, Rabbi Abraham Joshua Heschel observed the start of this trend in American education. He wrote, “What we need more than anything else is not textbooks but textpeople. It is the personality of the teacher which is the text that the pupils read; the text that they will never forget.” Rabbi Heschel is an important bridge between Jewish tradition and the rapidly changing modern American world in which he cemented his legacy.

Another American teacher who taught character building and was a great moral exemplar was Fred Rogers. He was an ordained Presbyterian minister. Yet, when I was growing up watching Mister Rogers’ Neighborhood on PBS, I might as well have considered him my “television rabbi.” I was nurtured by his calm presence, his humility, his deep respect for all human beings. Two recent films profiled his significant contribution as a teacher, leader and moral exemplar. First, there was the documentary “Won’t You Be My Neighbor?” Then, last December, Tom Hanks portrayed Mister Rogers in “It’s a Beautiful Day in the Neighborhood.” The release of these two movies in fairly rapid suggestion suggests that Mister Rogers is having somewhat of a “moment” in our communal zeitgeist. The recent films reawakened my own longing for his example of decency, integrity and kindness, leadership traits that we need more than ever right now .

Both films highlighted one of Fred Rogers’ most endearing practices when he would invite people to reflect on important individuals who influenced them in profound ways, including when he was awarded an Emmy Award for Lifetime Achievement. Fred Rogers often invited his audience to take a minute to silently reflect on the people who “loved them into being”—e.g., parents, teachers, coaches, mentors—and to reflect on how much they would appreciate knowing the positive influence that they had.

Fred Rogers’ moment of silence to reflect with gratitude on the important people in our lives is a powerful exercise that we all should incorporate regularly in our routines. The recent reemergence of Fred Rogers in our communal conversation has inspired me to take his exercise of silent reflection a step further. I believe our society would benefit from hearing the stories of how each of us was loved into being. We all need reminders that none of us made it to our current station in life without the help of someone else along the way. When leaders in our community pay tribute to those who “loved them into being,” their willingness to express their limitations and vulnerability actually strengthen their position as leaders. Therefore, I decided to create a podcast called My Teacher Podcast: Celebrating the People Who Shape Our Lives. In the podcast, I seek to invite guests to give voice to the appreciation they have for their teachers and mentors, to speak out loud about the special gifts they received from “textpeople” who believed in them, invested in them and loved them into being.

As I was laying the groundwork for this podcast a strange thing happened. The world completely turned upside-down. The COVID-19 pandemic rapidly spread  leaving illness, death and economic devastation in its wake around the world. Questions abound as to how society will recover, and many see an opportunity to rebuild our society in a values-driven way. To do so will take vision, courage, creativity, tenacity, wisdom and other traits we seek in our leaders. As we look forward to rebuilding, who are the teachers from our past to whom we can turn for guidance? What lessons can we draw from the time and interest that our teachers—our textpeople— invested in us? And as we rebuild, what do we hope to model for those who look to us as teachers? In My Teacher Podcast, I seek to discover textpeople and reflect on how they shape our lives and how we might become textpeople ourselves and love others into being. In this “season of the giving of our Torah,” the Torah of character building is the eternal wisdom we need.

About the Author
Rabbi Edward Bernstein serves as Chaplain for Vitas Healthcare in Palm Beach County, Florida, and hosts the My Teacher Podcast. He was ordained at the Jewish Theological Seminary in 1999 and served congregations in New Rochelle, NY, Beachwood, OH, and Boynton Beach, FL. He edited Love Finer Than Wine: The Writings of Matthew Eisenfeld and Sara Duker, a 2016 National Jewish Book Awards Finalist. He has served on the faculty of Camp Ramah Darom, Moishe House and the JTS Florida Office.
Related Topics
Related Posts
Comments