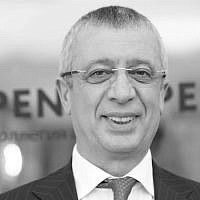 The Blogs
Vadim Kluvgant
Apply for a Blog
Please note that the posts on The Blogs are contributed by third parties. The opinions, facts and any media content in them are presented solely by the authors, and neither The Times of Israel nor its partners assume any responsibility for them. Please contact us in case of abuse. In case of abuse,
Report this post. 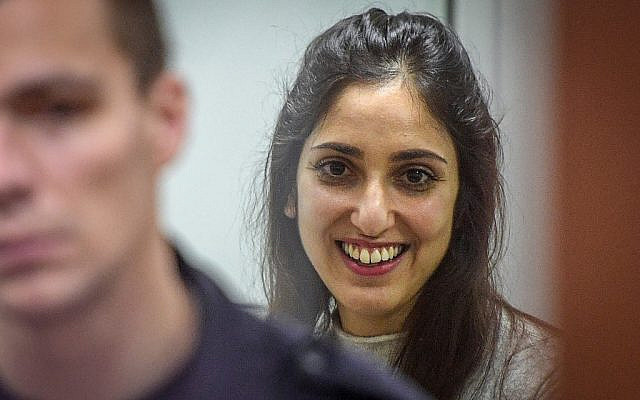 The release of a person from prison is always a joyous moment. When you’ve put your own effort into fighting for this individual’s release and you know for sure she is innocent, the joy doubles. Which is why I certainly am genuinely happy about my client Naama Issachar’s release, her return home and reunification with her loved ones. My heartfelt congratulations to all!

We have witnessed impressive solidarity with Naama on the part of Israeli society, lawyers, journalists, the diplomatic corps, and the government, including the highest-ranking officials. This is an inspiring example of effective collaboration between civil society, professional communities and the authorities. The story also deeply touched Russian journalists, lawyers, human rights activists, public figures, and ordinary people who simply cared. All of this instills the most genuine respect and appreciation.

It was impossible not to free Naama: her sentence was blatantly unjust, and we clearly exposed that fact at the hearing in the court of appeal, which received close international attention and interest, both public and non-public. The response given by the court of appeal was emblematic of the injustice that characterized this entire case: it contains 20 pages of the defense’s contentions regarding the irrefutable flaws in the sentence, and one page — a meaningless declaration — on why the defense’s claims were dismissed, without the slightest attempt to provide any substantive arguments.

And this is the very drop of poison that turns today’s simple joy into joy mixed with tears. Yes, Naama is free. But her case was a travesty of justice. She spent nine and a half months in detention, branded as a drug offender, an utterly bogus charge devoid of factual or legal grounds. Is that fair? Is that legal? Is that just? Despite the President’s assurance, everything is not okay.

Why should an act of mercy at the country’s highest level, a presidential pardon, be required to counteract and whitewash the damage done by the heartless, ignorant act of law enforcement agents who fabricated a case and effectively took a foreign girl hostage? Why was the court relieved of its sole and exclusive duty to carry out justice, and permitted to ignore the patent absurdity of the charges against Naama. And finally, as a Russian citizen and lawyer, I ask why my country’s reputation was made to suffer so badly, becoming the object of growing fear and contempt, due to this miscarriage of justice.

These troubling questions keep us from considering Naama Issachar’s case settled and a thing of the past, let alone forgotten.

About the Author
Vadim Klyuvgant, a partner at the Russian law firm Pen & Paper, is the chief lawyer in the Naama Issachar case.
Related Topics
Related Posts
Comments