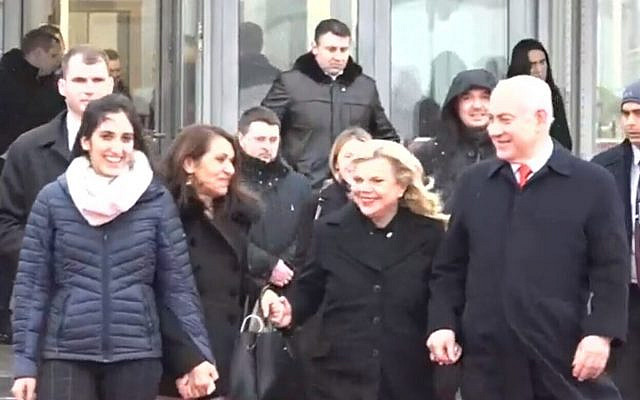 Naama Issachar was jailed in a Russian prison not because she struggled for freedom as the refuseniks did back in the 1970’s, but because she was caught with drugs in her luggage.

It could be justifiably argued that the sentence she received was out of all proportion to the crime that she had committed and that her arrest was primarily motivated by political considerations. However, the manner in which she is being feasted, as through she were Anatoly Sharansky who had just crossed the Glienicke Bridge to freedom after nine years in a Soviet jail, would seem to suggest that someone has lost their sense of values.

Naama Issachar is not a hero, but a stupid young woman, who was actually trying to smuggle marijuana into Israel. The quantity was minimal – just 9 grams, but if she had been apprehended by customs at Ben Gurion airport while in possession of cannabis, she would have been fined 1,000 shekels.

Of course, Naama Issachar is only a pawn in the game. Perhaps the Russians arrested her and gave her a heavy sentence with the intention of using her as a bargaining chip in the hope of exchanging her for the Russian hacker, Aleksey Burkov.

However, what is more shameful is the manner in which Benjamin Netanyahu has used her case to further his personal political interests prior to the forthcoming elections.

Photographs of Bibi and Putin with Naama’s mother, Yaffa, in the prime minister’s residence last week and of Bibi and Sara at Moscow airport today with Naama and Yaffa have only one purpose: to show the Israeli public how our prime minister, whether with Trump in Washington or Putin in Moscow, can intercede with world leaders on behalf of the Jewish People and get results.

One can forgive Bibi for his attempts to manipulate the media and move the focus away from the indictment that has been filed against him this week in a Jerusalem court on charges of fraud and breach of trust, but not the TV, digital and newspaper editors who shamelessly allowed him to do so.