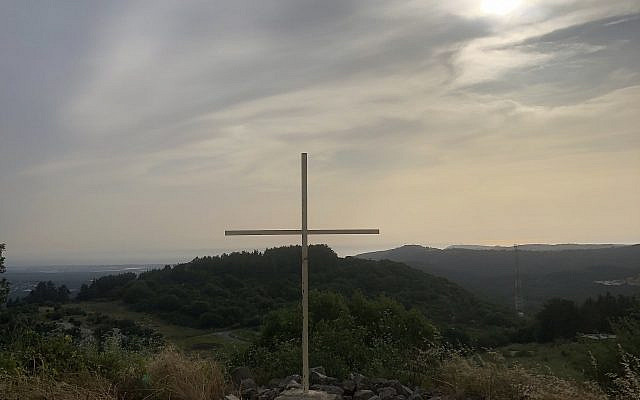 I noticed a strange building on top of a hill.

The building was broken-down, with a big cross on top and a blue dome – I just noticed it out of the corner of my eye. Driving back past it the next day, I missed it altogether, even already knowing it was there. Just in the blink of an eye.

I was in the Northern Galilee, driving to a destination with the intention of getting lost along the way. On a whim I had taken an alternative route – it carried me along the Israeli-Lebanese border and back down, through shaded valleys cutting apart green rolling hills. 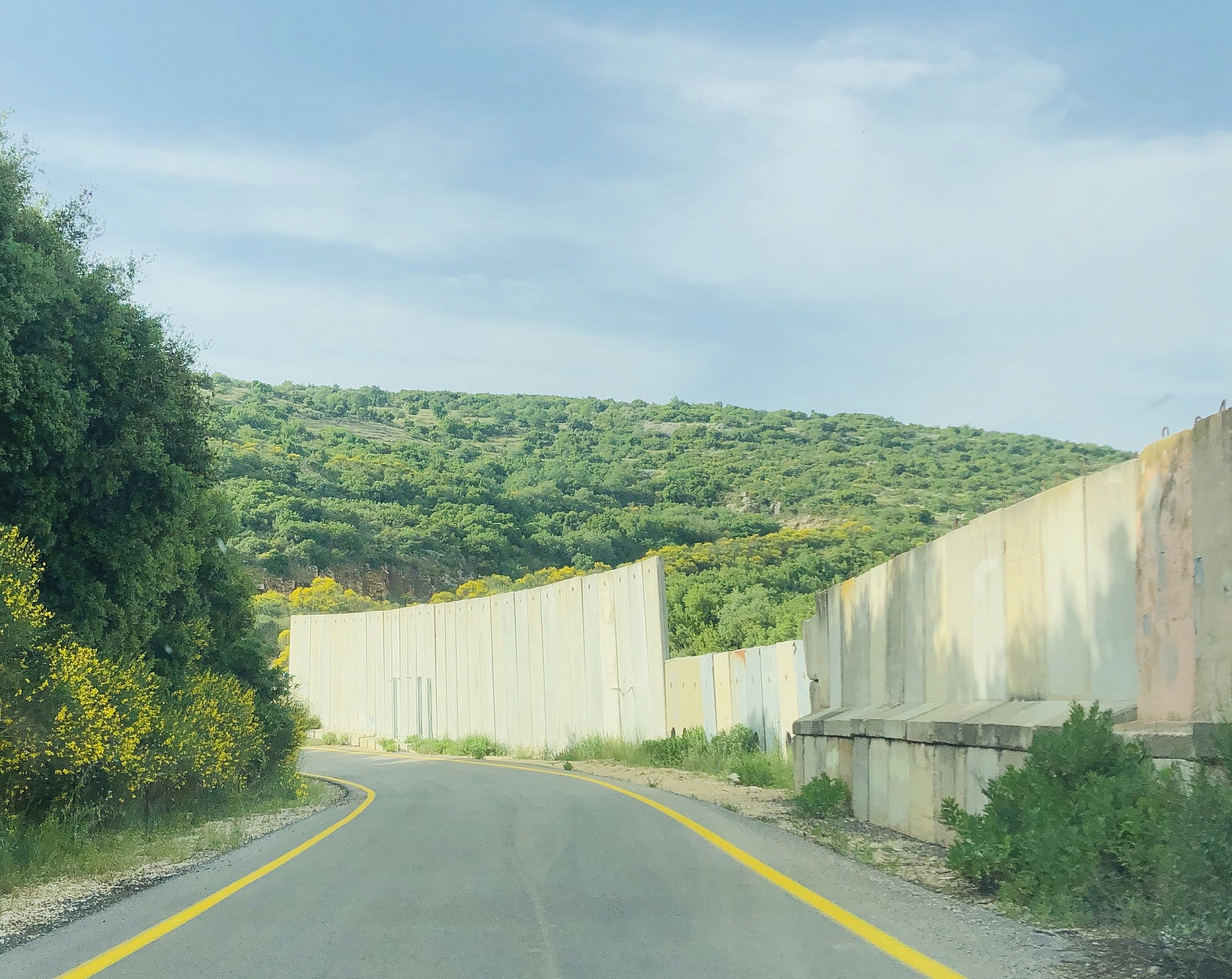 The day before, I had noticed another strange building on a hill and followed my gut – it turned out to be the Church of the Transfiguration on Mount Tabor. Next to the church, two people had given me amazing suggestions of cool springs to visit in the hot, dry Golan.

So I followed my gut again, calling me towards that blue dome, and pulled a u-turn. But the road looked steep and private, and I wondered if someone was living there. So I pulled another u-turn and prepared to leave. But sometimes you are meant to be somewhere, and in the spirit of adventure and curiosity and exploration, I took a final u-turn and made my way up the hill. It was so steep that I thought my car would flip backwards.

I emerged from the road and immediately saw a group of young people seated next to the building. I put on my most American accent, as I do when I feel I might be in trouble, and said, “I don’t know where I am, is it ok for me to be here?” They responded, “Of course, come sit.”

I parked my car and joined the group, three women and a man, sitting in the welcoming shadow of a tree, with a panoramic view of the surrounding hills and valleys. The man immediately stood up and offered me his seat. They were drinking arak, the Mediterannean liqueur spiced with anise, and one woman offered me a cup. I thought about driving later, but wanted to accept their hospitality and form a connection. “Just one.” She poured the arak mixed with cold water, milky and sweet. They spoke decent English. 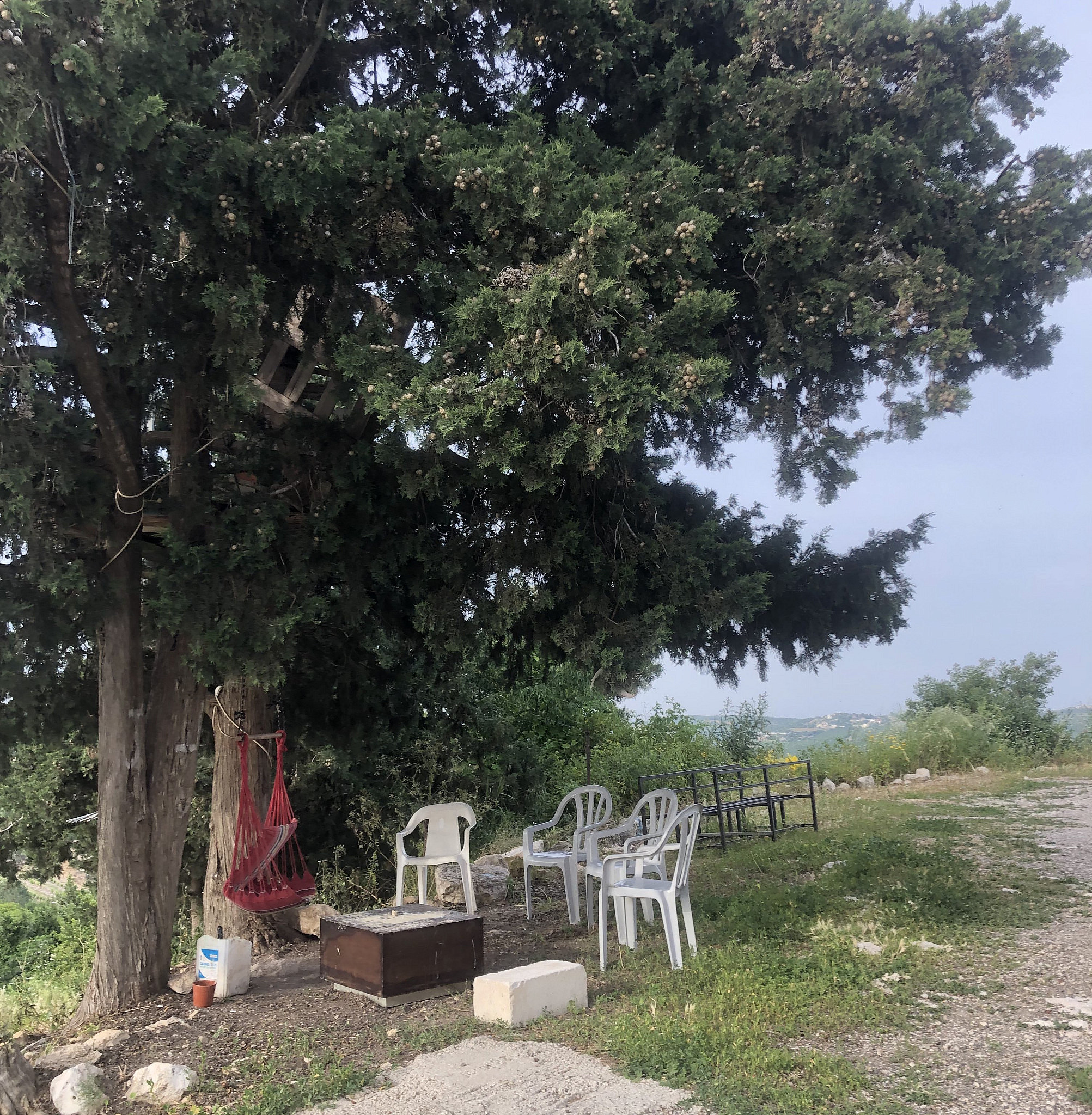 I asked them again where we were. They told me that we were in Iqrit, a Christian Palestinian village abandoned (displaced? destroyed?) in the war of 1948, and that they were the descendents of that village.

Only later, after we went our separate ways, did I realize it was Nakba day, when Palestinians commemorate their losses from 1948. 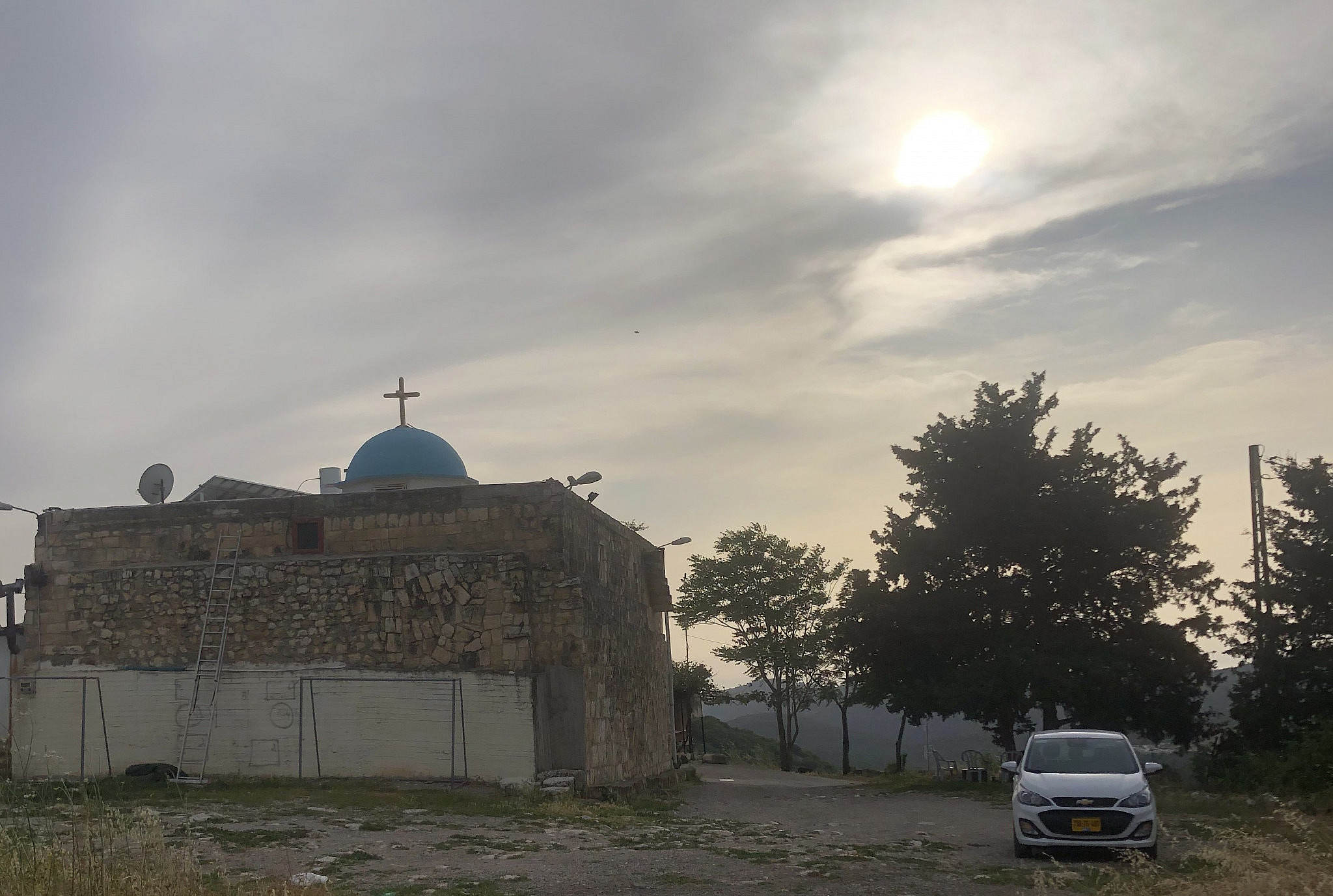 As we sat and sipped the arak they recounted their history and we discussed life.

After 1948 their whole village moved to another location in Israel – the church we were sitting by and a nearby cemetery were all that remained. Their grandparents often told them stories of what once was. “Not every week, but a lot.” They recounted for me in vivid detail a life they never knew, emblazoned in their collective memory, encoded in their DNA.

Two from the group worked in Israeli hospitals, specifically in “corona labs,” on the front lines with Jewish doctors. One was an accountant. Their community, Fassuta, is known for its economic and academic success. And yet, they pine for a life that once was. A life lived on a land that they can visit, but is no longer theirs.

Seeing them sitting on the site of their former village, I thought of the Jews that lived in the holy land for thousands of years between the destruction of the second temple and the creation of the modern state in 1948. When I was younger, I was amazed to learn there had been Jews here the whole time. “If there were Jews here the whole time, why didn’t all the Jews just come back? What’s so special about the modern Israeli state?”

The difference is that those Jews were living as minorities in foreign empires, not in a Jewish state. They lived achingly close to their holiest sites, but didn’t control them. They lived in a society and culture that was not theirs. Their fate was in the hands of others.

They were here, but not here. 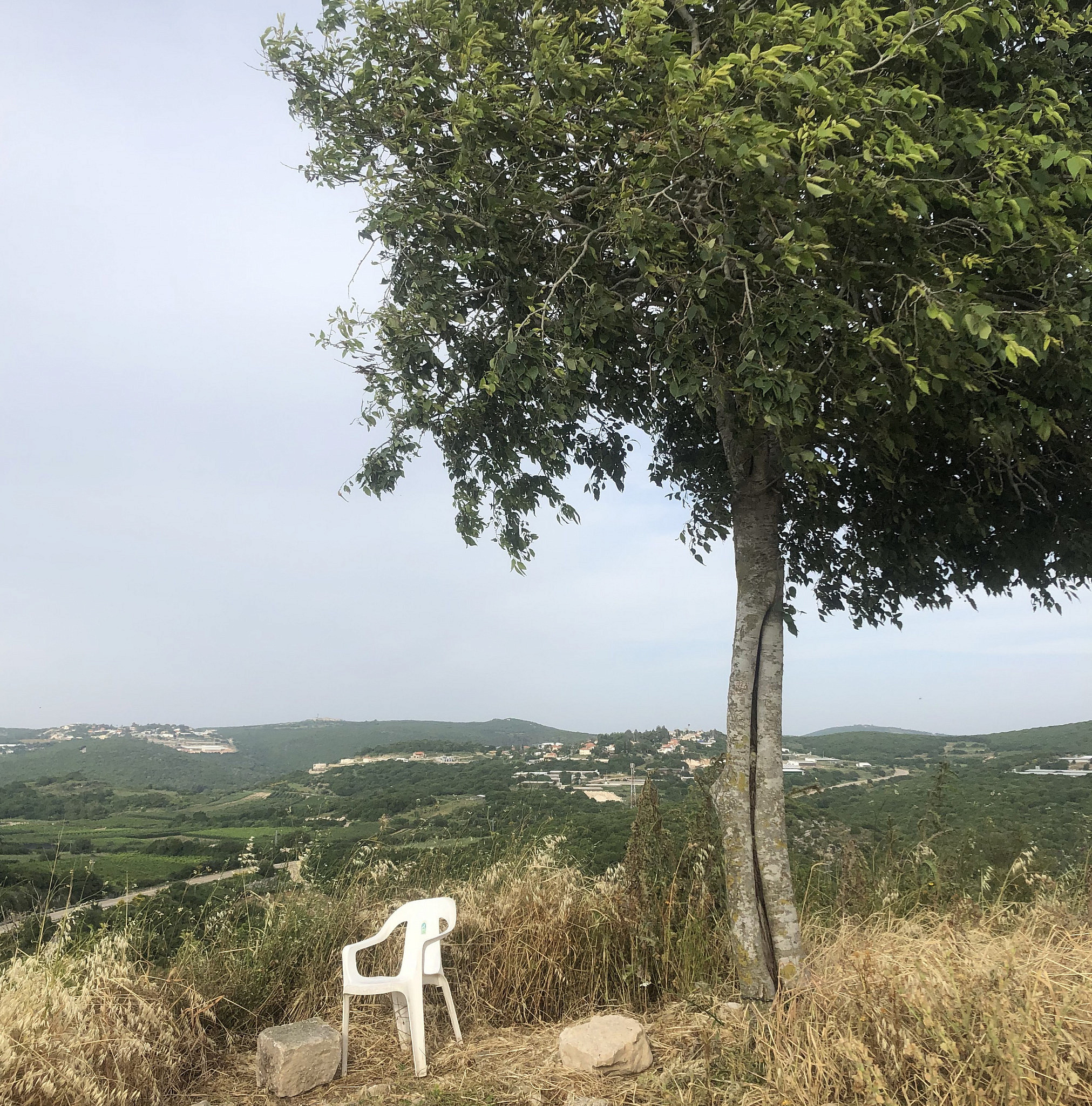 What makes a land special?

Is it the physical land itself? Or what’s created there?

They yearned for their autonomy, for having control over their destiny. They yearned for that special feeling that modern Jews get to feel, of building a society and culture in your own image, on the land where that society is meant to exist.

Or maybe, they will be given the tools, resources, recognition, and respect to lead dignified lives as Arab citizens of Israel. Maybe they will come to feel ownership of their lives in the Israeli state, with cultural and political representation at the highest levels, providing the satisfaction of living in a society you help to create.

Maybe, both peoples, Arabs and Jews, can have what they seek in this land, without claiming every last dunam of physical earth – pride, history, culture, autonomy, and a hopeful future.