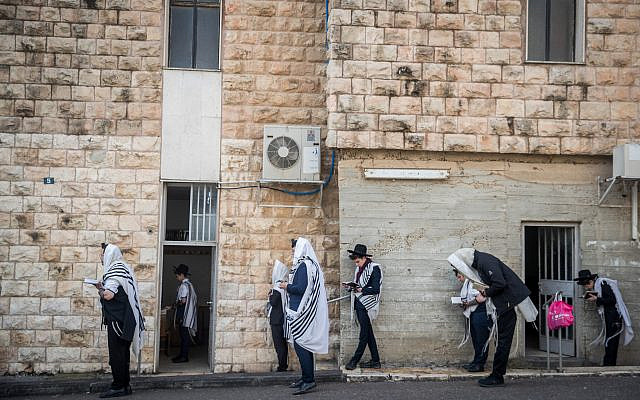 Israelis are a notoriously impatient people. Elbowing each other to get on a bus, or even to touch the Western Wall, is a normal part of life here. Standing in an orderly line is not.

(There is a great New York Times article, which I can’t find right now, in which an Israeli marvels at the unspoken, coordinated dance of forming a line in the US).

So why, amidst the Corona crisis, are Israelis standing in line for shops, with two meters between each person, while Americans are fighting each other for the last toilet paper roll? Why is it easier for Israel to order a full lockdown, while the US is in much greater danger, but is slower to react?

Israelis have stronger senses of sacrificing for the greater good, of shared identity, and of mutual responsibility, than Americans do. This stems from Israel’s history, ethos, and makeup. But both countries have a ways to go.

Establishing and maintaining national shared identity and responsibility is critical in addressing pressing issues that require collaboration across society. This is being laid bare in the current crisis, but also affects our ability to handle more slowly burning crises, like inequality, adapting to globalization, and climate change.

Israel is a young state with living memories of the sacrifices its founders had to make during the state’s creation. The image of the early Kibbutznik (socialist commune member) – sacrificing personal belongings, working long hours in the sun and malaria-filled swamps, and fighting enemies on all sides – is celebrated here. 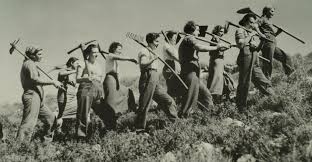 Mizrahim (Jews from Muslim countries) remember their recent ancestors’ expulsion from their homes, forced to leave everything behind and flee to the Jewish state, where they were immediately (and forcefully) enlisted in settling underdeveloped and peripheral areas of the state. 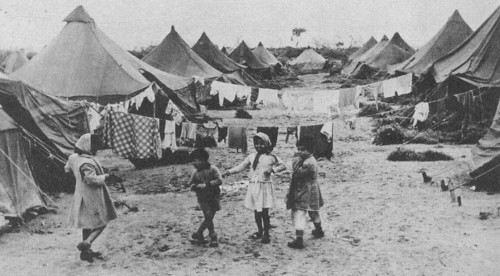 Many Ethiopian-Israelis remember waiting in refugee camps in Sudan, walking across the desert, and losing friends and loved ones, to make it to Israel. Almost every Israeli or their forebearers came from somewhere else, leaving behind a life they knew in pursuit of freedom in the Jewish state.

Israelis have been called to sacrifice for the state throughout its existence, with almost every Israeli serving in the army or participating in national service. In the United States, generally only poorer or highly ideological folks serve in the army. The masses in the US have never made such a national sacrifice. Mayor Pete believes they should.

Israelis in and out of the army have had to respond to national crises, especially wars and terrorism, in an orderly fashion countless times throughout the state’s history. Israelis have become accustomed to following instructions, putting their heads down and doing their best to continue life as normal – even from inside a bomb shelter. 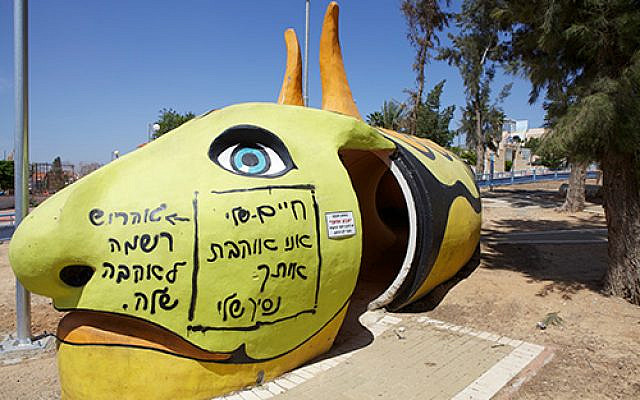 Israel’s history has established a national ethos of self-sacrifice for the greater good. There is a sense of mutual responsibility here in a small country frequently under attack, where almost every person has the shared experience of serving the country – a country whose survival has never been assumed. This is not the case in the US.

The Israeli ethos is dually facilitated by the fact that Israel’s majority Jewish population holds a strong shared identity – in comparison to Americans, who increasingly question what holds them together as a nation.

In addition to lacking a strong shared national identity, US culture is intrinsically more individualistic. With its diverse demographic makeup, strong capitalist backbone, and national myths of the “American Dream,” Americans tend to focus more on themselves and their individual material success. This focus has a circular relationship with the breakdown of families and communities in the US, and the US population’s high geographic mobility.

Israel, on the other hand, originated as a socialist state, and Israelis have made countless economic sacrifices for the greater good. Israelis maintain strong communities and family structures that are part and parcel with a sense of mutual responsibility.

Israel is far from perfect. Israel’s “Four Tribes” – Arabs, Secular Jews, Religious Zionists, and Ultra-Orthodox – are both growing stronger and growing apart, rarely knowing or learning with each other, and now locked in a seemingly zero-sum conflict to define the state in their image. This has led to political conflict that is paralyzing the state, sending Israel to three elections in the last year, and fostering political crises that are continuing even amidst this pandemic. The organization I work for – Shaharit – exists mainly to overcome these conflicts and strengthen the sense of mutual identity and responsibility in Israel.

But everyday Israelis are cooperating in the fight against Corona, for the most part. (Of course, Tel Avivis were still going to the beach last week, and some Ultra-Orthodox are still studying together in Yeshiva. It’s not perfect).

The United States, on the other hand, seems on the verge of chaos. Americans are stockpiling food and supplies to the detriment of the elderly and the frontline health workers that need supplies the most. Branches and levels of government are arguing over who is responsible for buying life-saving medical supplies. Many Americans at all levels of society are aghast at the idea of a national lockdown. They aren’t willing to make the sacrifice.

It is easier to make sacrifices for the greater whole when there is a greater whole one can identify with. As I wrote in a past article, both diverse Americans and Israelis need to undergo national processes to redefine their national identities, restoring a sense of shared peoplehood and mutual responsibility. This can lead to creative solutions to national problems, and foster the inter-sectoral collaboration needed to address our biggest issues.

Otherwise, when the next crisis hits, there will still be no toilet paper.

About the Author
Alexander "Jake" Shapiro works at Tech2Peace, an NGO that brings together young Palestinians and Israelis through high-tech and entrepreneurial training alongside conflict dialogue. Jake previously worked at the Shaharit Institute, an Israeli NGO working to create common cause amongst Israel's diverse populations, and previously served as a volunteer activist and researcher in the mixed Arab-Jewish city of Lod. Jake studied international relations and political science at the University of Maryland - College Park.
Related Topics
Related Posts
Alexander Shapiro
Comments