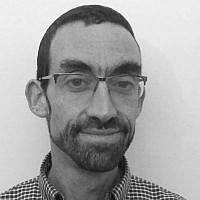 The Blogs
Moti Novick
Apply for a Blog
Advertisement
Please note that the posts on The Blogs are contributed by third parties. The opinions, facts and any media content in them are presented solely by the authors, and neither The Times of Israel nor its partners assume any responsibility for them. Please contact us in case of abuse. In case of abuse,
Report this post. 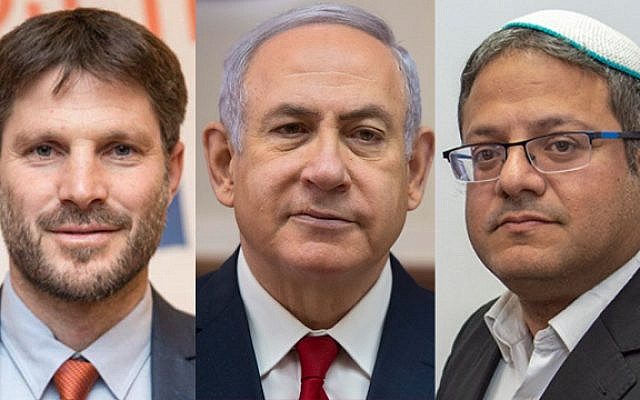 Last week’s merger between the Jewish Home party and the Kahanist Otzma Yehudit faction has aroused strong feelings within the religious-Zionist community. Aside from those voices strongly in favor and those vehemently against, a large group (perhaps a majority) has adopted something of a middle position. Conceding that Otzma Yehudit advances a morally reprehensible agenda, this view contends that the merger may have been a necessary sacrifice of ideals for the sake of avoiding the election of Benny Gantz — and with it a repeat of the catastrophic 2005 Disengagement.

There are two issues at play here: first, the general question of the legitimacy of sacrificing an ideal for pragmatic reasons; and second, the question of whether in this specific case such a sacrifice was really necessary.

Let’s begin with the specific case at hand. As he gears up for a fourth consecutive term as prime minister, Netanyahu’s campaign strategy is tried and true: convince the Israeli public that disaster will befall Israel if he does not continue at the helm. His message: without a merger of the religious parties, Gantz would become prime minister and carry out a disengagement from parts of Biblical Israel, with results no less terrible than those of the last one.

Yet this cause-and-effect relationship is both unlikely and simplistic. Most polls predicted that Jewish Home-National Union would cross the threshold without Otzma Yehudit. Even if Gantz were to become prime minister, must it follow that his party would pursue another disengagement when its leadership includes three ex-IDF chiefs, each of whom has dealt extensively (as IDF Chief of Staff or as Defense Minister) with fallout from the first one?

Furthermore, does the responsibility for avoiding such a dire prediction lie entirely with the Jewish Home leadership? In politics, as in most other areas, it is generally impossible to pin the responsibility for an outcome on an isolated decision or event. We could just as easily lay the blame at the doorstep of Moshe Feiglin, Eli Yishai, and (absent a merger) the Otzma Yehudit leadership for not quitting the race and urging their supporters to vote for a more realistic party.

Setting aside the particulars of this case, the more fundamental question is to what extent the representatives in government of the religious-Zionist community should practice realpolitik. Religion and politics are difficult to mix; the former stresses ideals and purity, the latter pragmatism and compromise. The challenge for a religious party is to identify the limits of compromise when a sufficiently important ideal is at stake.

The Haredi parties’ approach to this issue is pragmatic in the extreme, until some red line (drafting yeshiva students, government-sanctioned work on shabbat) is crossed. These parties will agree to sit in any government as long as one basic criterion is met, namely sufficient funding for Haredi institutions. This fits well with the Haredi outlook, which denies the religious significance of the state and sees its own role in government as a purely practical one for the benefit of its community.

But the religious Zionist community sees things differently. If the state is part of a divine process of national redemption, then the religious-Zionist role in governing the state is to serve as a religious compass for the body politic. It is for this reason that the Jewish Home party should have taken a different stand in this case.

Those who disrespect non-Jewish life to the point of glorifying Baruch Goldstein and applauding a soldier who would shoot a neutralized terrorist in the head (whether or not that is a fair description of what Elor Azaria did) have no place representing religious-Zionism, even if they represent a significant bloc of voters.

It is true that we sometimes associate with morally questionable people in order to bring about a greater good. Biblical Israel could hail Samson’s military triumphs despite his problematic romances, just as today’s Israel hails Donald Trump for recognizing Jerusalem despite his own. But this is not about overlooking a tangential or secondary flaw. This is about how we as a community contribute to running the Jewish state. A vote for Jewish Home is now a vote to put a Kahanist (or two) in the Knesset.

It is telling that the response to the criticism of the merger, both from Otzma Yehudit members and from Netanyahu himself and his supporters in the government and the media, has focused on a single point. Rather than offer any substantive defense, they point to the other side of the aisle. If leftist parties can harbor anti-Zionists and those who wish harm to Jews, who are they to criticize the right for including a morally problematic group?

From a pragmatic standpoint, the question is perfectly valid. And for Netanyahu, pragmatic politics is the name of the game. But if the religious-Zionist community sees its role in politics in the same terms, then it forfeits its unique role and mission in steering the ship of state. The best way to navigate is with a compass.

About the Author
Moti Novick made aliya in 2003, and lives with his wife and children in Efrat. He has rabbinic ordination from the Israeli Rabbinate and from Yeshiva University and has a Ph.D. in mathematics from Hebrew University. He has taught at yeshivot and currently is a lecturer in mathematics at Machon Lev and at Herzog Teachers' College.
Related Topics
Related Posts
Comments